A light snow had already begun falling as far north as downtown St. Louis by 8 p.m., though forecasters don't expect heavier snow until closer to midnight.

Forecasters say 4 inches of snow may be on the ground by sunrise. By the time the snow stops falling sometime Thursday afternoon, there could be 5 to 7 inches on the ground, and possibly more in some spots of the St. Louis area.

Some closures were already being announced.

A winter storm warning for snow means that heavy snowfall of 6 inches or more is expected, making travel difficult. Officials warn travelers to be cautious, have a full tank of gas and carry a winter storm kit including a shovel, flashlight and blankets.

RELATED: Winter is coming: One forecast calls for a brutal season in St. Louis, but then again ...

The timing of the snowfall means the morning commute Thursday could be a snowy mess. Depending on the storm's final track, the Thursday afternoon drive could be a problem, too.

Wind and bitter cold aren't expected to be major players in this storm. Temperatures are expected to remain steady in the upper 20s in the early morning hours Thursday, with a slow warming to a high of about 33. The wind is forecast to be less than 10 mph outside any gusts.

Forecasters have high confidence of a significant winter storm.

RELATED: The one we didn't see coming: The St. Louis blizzard of 1982

Highs on Friday and Saturday will reach the low 40s, according to forecasters. 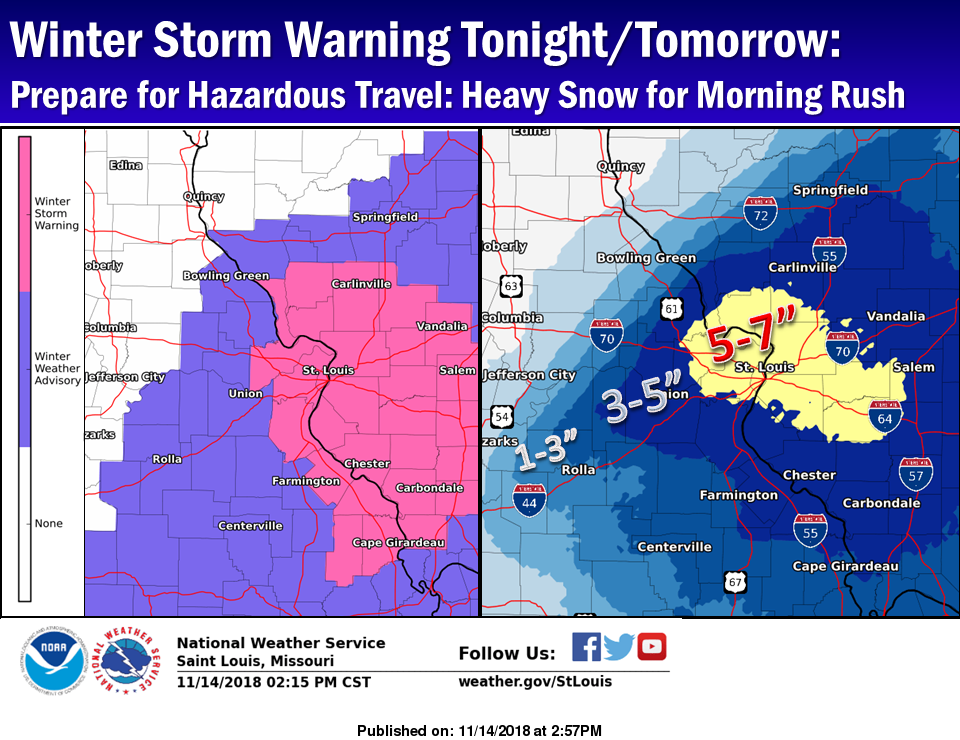 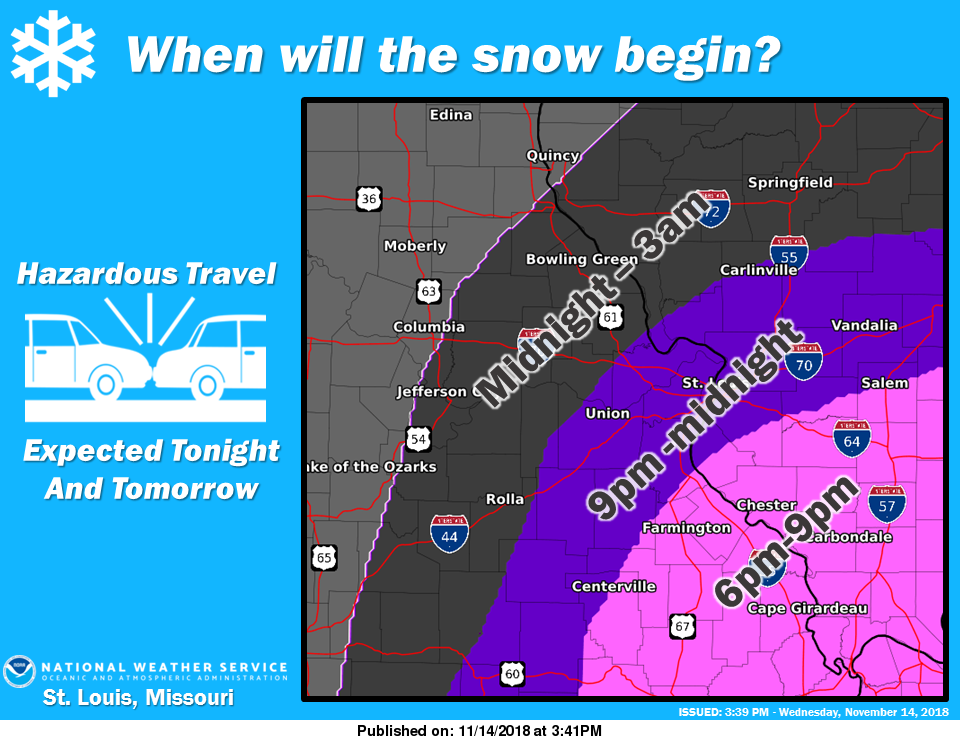