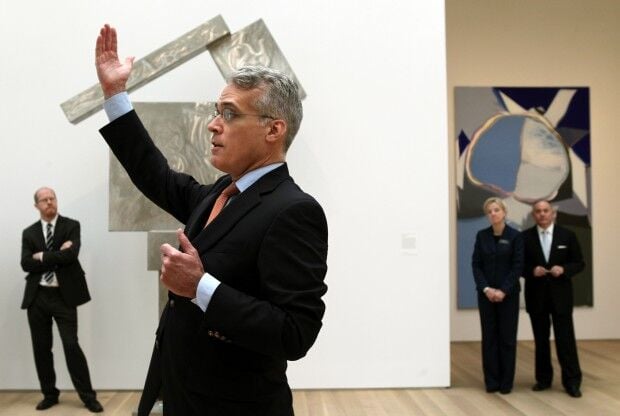 St. Louis Art Museum director Brent Benjamin welcomes visitors for a tour of the East Building in 2013, just before the expansion's opening. 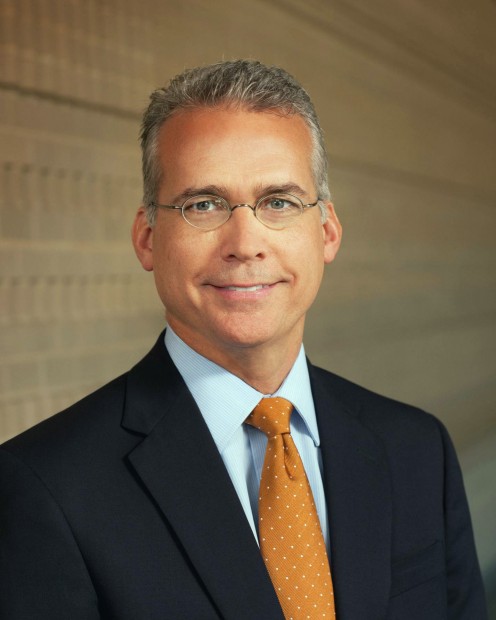 ST. LOUIS • The Zoo Museum District has requested six pages of data from the St. Louis Art Museum in preparation for an upcoming examination of the museum’s governance and finances.

The request lists 70 different kinds of documents or data, from key employment contracts to meeting minutes to a “detailed schedule of executive compensation.”

About a dozen of the items concern the pay and benefits of museum leaders, including Director Brent Benjamin, who made about $640,000 in total compensation last year.

It is the third institution audited by the district. The first examination, of the St. Louis Science Center, revealed five-figure executive bonuses and a bevy of center vice presidents. The second, of the Missouri History Museum, uncovered a million-dollar land deal between the museum and a former board member, ex-Mayor Freeman Bosley, Jr.

Zoo Museum District board member Tom Campbell said this summer he did not suspect any wrongdoing when he made the motion to inspect the Art Museum.

A few years ago the board committed to reviewing all five institutions. The Art Museum seemed like a good fit this year, Campbell said then, since it had just finished its $130 million, 210,000 square-foot addition.

A few Zoo Museum District leaders presented their request to museum trustees and executives this week.

The request was wide-ranging. It asked for budgets, accounts payable reports, payroll registers, credit card statements, a list of corporate sponsors, and policies on document retention, conflict of interest and whistleblowers. It also asked for accounts of all art purchased, contributed, or removed from the museum collection since 2010.

The District said it expected auditors to be at the museum near the beginning of November, and complete a draft report in December.

Zoo Museum District board member Charlie Valier said the meeting was a bit tense. “But we're not really out on a witch hunt,” he said. “If they're going to get public money from us, they have to expect that there is going to be scrutiny.”

But board member Gloria Wessels, chair of the board’s audit committee, was frustrated — she said the meeting at the art museum had been called without input from the audit committee, or even talking to her first.

Firing firm would have meant wasting $17,000 worth of work.

FAIR: The St. Louis Art Museum has come through the Zoo-Museum District’s audit process with flying colors, a welcome relief after the problem…

Museum's new wing is for art, not show, architect says

A flashy architectural statement was not the objective for St. Louis Art Museum's expansion.

Cars, housing and hefty retirement plans are among the add-ons to rising salaries.

St. Louis Art Museum director Brent Benjamin welcomes visitors for a tour of the East Building in 2013, just before the expansion's opening.