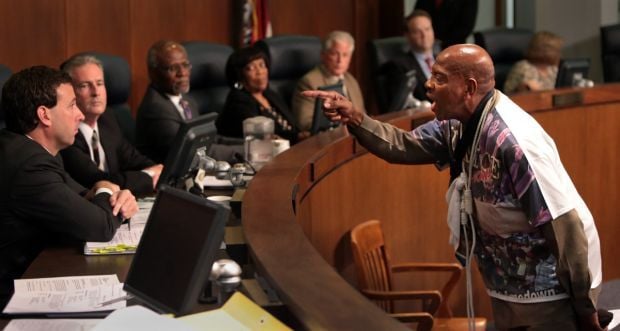 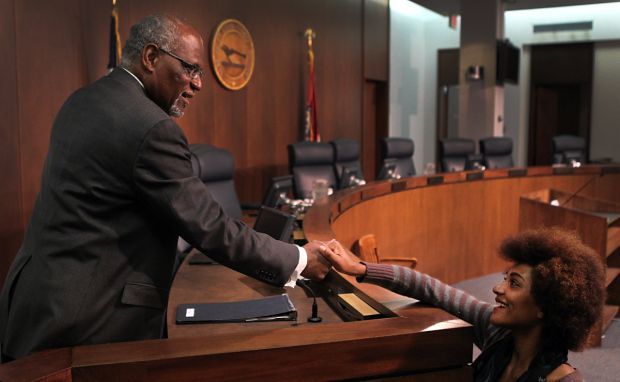 Dooley, the county’s first African-American chief executive, was soundly defeated by Stenger, a county councilman, in a primary campaign that ended four days before Brown was shot to death by Ferguson police Officer Darren Wilson.

Between now and the Nov. 4 general election, the coalition intends to deliver the message that “a vote for Steve Stenger is a vote for Bob McCulloch.”

“We are encouraging all people of goodwill to express their outrage at the ballot box,” Baruti said in a 10-minute press conference in front of the County Administration Building in downtown Clayton.

Speaker after speaker at the meeting called on Stenger to denounce McCulloch.

Stenger on Wednesday reiterated his support for a prosecutor whose objectivity has been questioned in the aftermath of Brown’s death.

Activists and political leaders fear the fatal line-of-duty shooting 50 years ago of McCulloch’s father, a police officer, will unduly influence any decisions about prosecuting Wilson in the Brown case.

Baruti said the coalition has not reached out to Stenger for a private discussion about his relationship with McCulloch or thoughts on issues brought to the fore in the six weeks since Brown was killed.

Stenger tells protesters that the County Council is listening

'There needs to be a dialogue. And it's starting,' the county executive candidate says.

New coalition says it will not back any candidate who has exhibited “disrespect” for the black community. It could affect the county executive race.