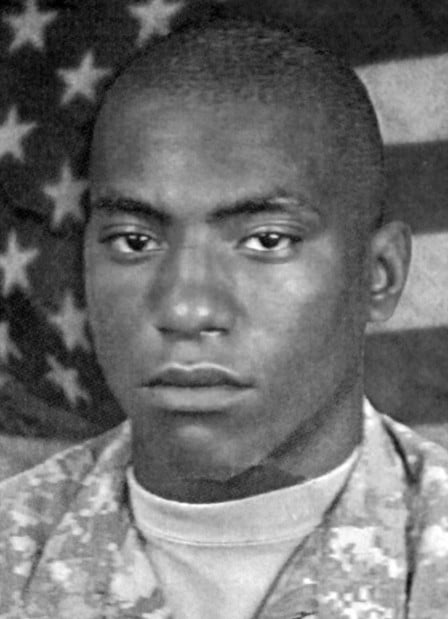 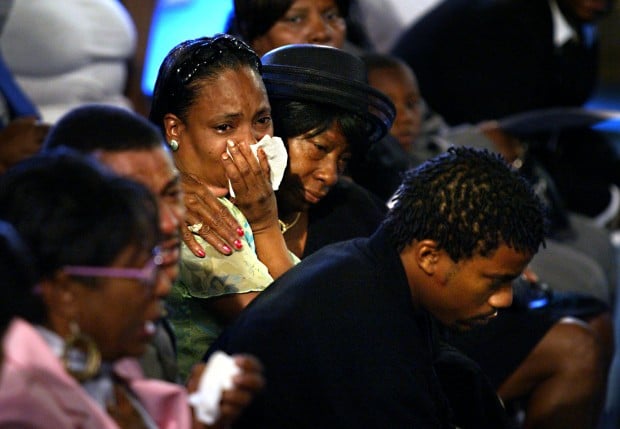 "I told him the Army was a great career, but it wasn't for everyone, " Winston Sr. said.

But Vincent Cortez Winston Jr. always knew he wanted to follow in his father's footsteps.

"He was different from most kids; he was more serious, he stayed determined, " his father said.

He also wanted to someday become a police officer, his father said. But this summer, Pvt. Winston, 22, wanted most to return home to St. Louis after serving in Afghanistan, where he'd been deployed for the last two months.

"He was just ready to come home and see his family, " his father said.

Pvt. Winston was killed Sept. 4 when a land mine exploded near his vehicle in Afghanistan.

He was a hero in the eyes of a tearful friends and family members who gathered Saturday at the New North Side Baptist Church, 8645 Goodfellow Boulevard, to say goodbye to their son, grandson, brother, nephew and friend.

The crowd often sang and offered affirmations to those who got up to speak about Pvt. Winston's sacrifice.

"God had a plan and a purpose, and [Winston] served his purpose, " said Bishop Willie Ellis, who officiated at the service.

In his eulogy, the Rev. Robert L. Sharp echoed this sentiment, saying, "God took the sting out of death."

Pvt. Winston was killed Sept. 4 when a land mine exploded near his vehicle in Afghanistan.

Josh Renaud is a designer for the St. Louis Post-Dispatch.

Tears streamed down my face as the mother of Pvt. Vincent Cortez Winston, Jr., grieved during the funeral for her son at New North Side Baptis…