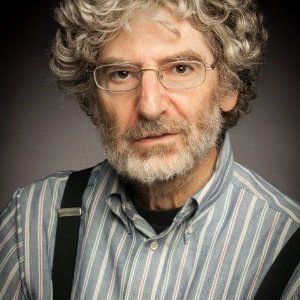 Benjamin Israel of University City. Israel died on Monday, Feb. 23, 2015. He was 64. Photo courtesy of the family 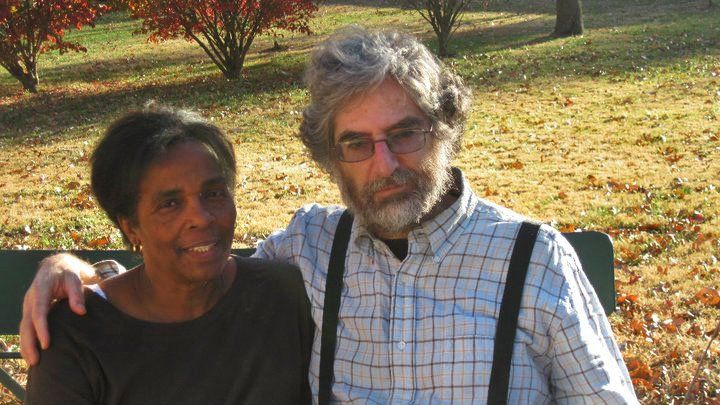 Benjamin Israel of University City is pictured with his wife Virginia Walker in an undated photograph. Israel died on Monday, Feb. 23, 2015. He was 64. Photo courtesy of the family

Benjamin Israel was a meticulous researcher, journalist and writer, who earned a master’s degree but worked at a series of jobs that friends considered unworthy of his talents.

His mother couldn’t bear the thought of his being known as a garbage collector; she told friends only that her son “worked for the government.”

As for Mr. Israel, he didn’t find his jobs at all unworthy. As a refuse collector in Columbia, Mo., where he was a student at Mizzou, he fought to improve working conditions for garbage collectors.

“How can you organize the masses if you’re not down there with them?” he asked.

Most recently, he took a position as a writing tutor at Harris-Stowe State University. He found the faculty members angry after years without pay raises. Mr. Israel and others helped organize the teachers into a chapter of the National Education Association Union.

Friends said he probably never met a liberal cause for which he wouldn’t fight.

Mr. Israel died Monday (Feb. 23, 2015) at his home in University City. He was 64 and had been battling cancer and heart ailments, his family said.

His death left unfinished his major work, a book on Ira Cooper, the most famous detective in the history of the St. Louis Police Department. Cooper became the first African-American sergeant on the force in 1923 and the first black lieutenant in 1930. His bosses called upon him to solve cases that white detectives couldn’t.

Mr. Israel started researching the great detective 15 years ago for an article in the Post-Dispatch in 2000.

He went on to write a 2008 master’s thesis at the University of Missouri-St. Louis on the history of blacks at the police department. The department didn’t hire black officers until 1901. They were only allowed to patrol black neighborhoods and weren’t permitted to wear police uniforms like the white officers.

The department called them “negro specials.”

Barbara Miksicek, the police department’s veteran librarian, called his research, “the most complete, documented history of the beginning of African-Americans on our force.”

Benjamin Charles Israel was born in Queens, N.Y. His mother was a junior high math teacher and his father a chemist. His father transferred to St. Louis, and Benjamin graduated from University City High School.

In college he was arrested for demonstrating against the Vietnam War at Washington University. It was one of many arrests for causes that included civil rights in the U.S., apartheid in South Africa and voting rights for all. More recently, he participated in Ferguson demonstrations.

He was well-known on MetroLink trains and buses, where he often traveled with his bicycle.

He and his second wife, Virginia Walker, met in Columbia, where both were students. Mr. Israel was a newspaper reporter and she was an elementary school teacher.

As Walker tells it, Mr. Israel called to ask if she had been awarded the teacher of the year prize. She said no. “Call me if you win," he said. Privately, she was turned off by his apparent brusque manner and vowed never to call him.

In recent years, Walker compared her husband’s years-long book research to the hunt for the great white whale in Herman Melville’s “Moby Dick.”

When he died, she vowed to finish his book. “It would be a disservice not to try,” she said.

Mr. Israel donated his body to science. Family and friends will gather from noon to 1 p.m. on Saturday at the Panorama Restaurant at the St. Louis Art Museum to celebrate his life.

Survivors, in addition to his wife of 25 years, include three daughters, Zainab Smith of Alexandria, Va., April Heermance of Spanish Lake and Rosaclaire Baisinger of San Francisco; three sons, Aasim Inshirah and Atief Heermance, both of St. Louis County, and Josh Baisinger of Middlebrook, Vt.; his sister, Sylvia Woodbury of Everson, Wash.; and two granddaughters.

Benjamin Israel of University City. Israel died on Monday, Feb. 23, 2015. He was 64. Photo courtesy of the family

Benjamin Israel of University City is pictured with his wife Virginia Walker in an undated photograph. Israel died on Monday, Feb. 23, 2015. He was 64. Photo courtesy of the family