Jerry Clinton dies; he raised millions for fallen police and firefighters
0 comments
Share this
{{featured_button_text}}
1 of 3 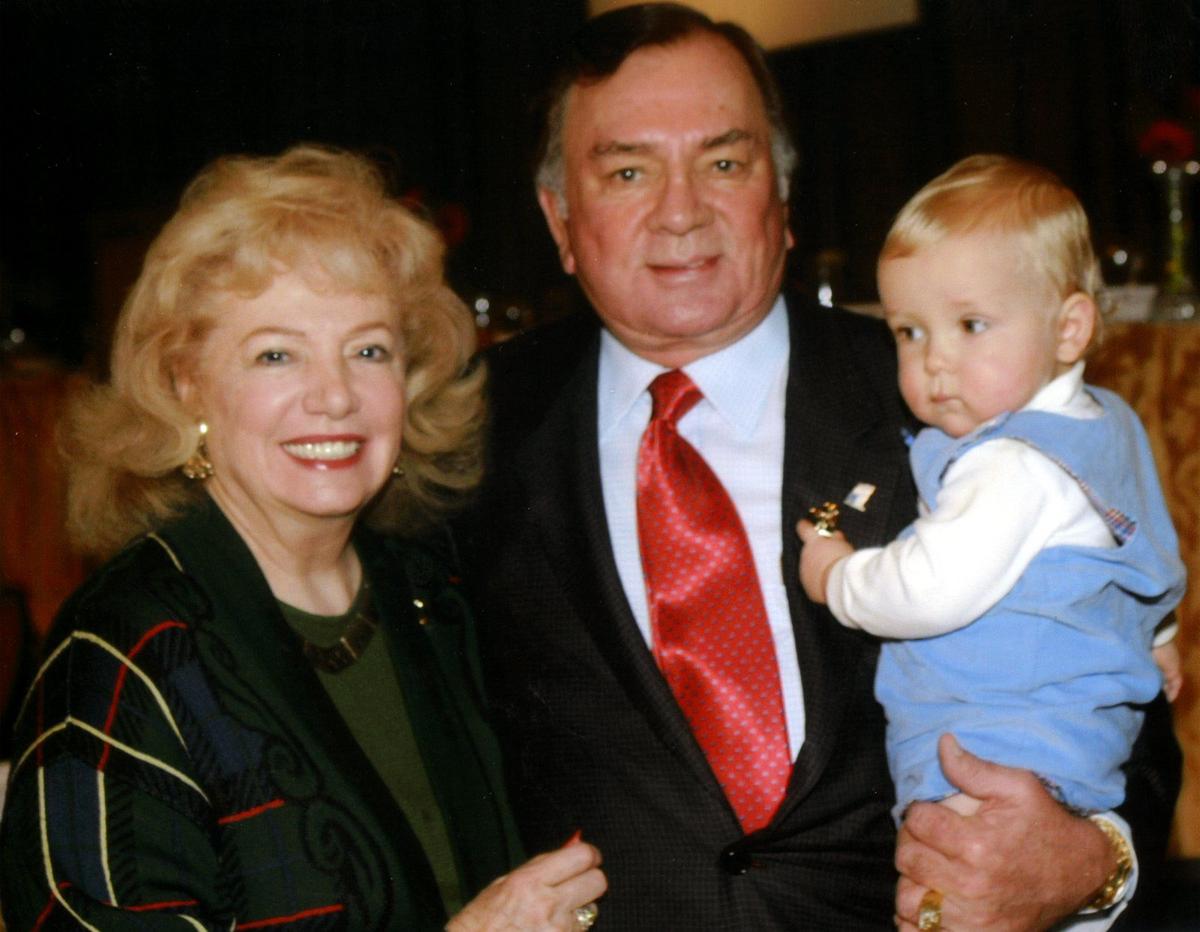 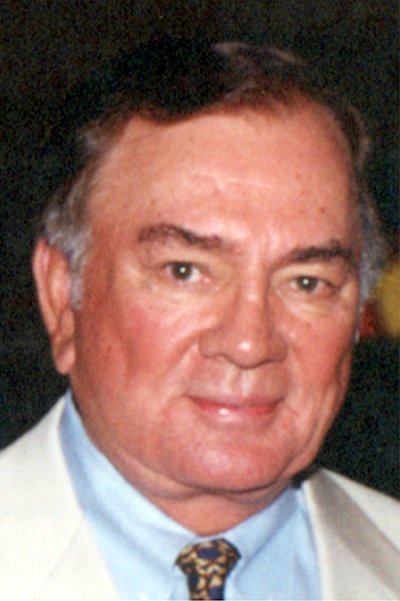 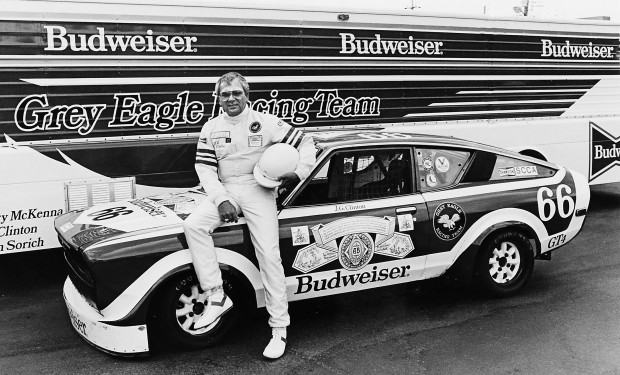 Jerry Clinton, former owner of Grey Eagle Distributors, died Wednesday, Jan. 18, 2012. Mr. Clinton was also a civic leader and racing enthusiast. He was 74 and was diagnosed with cancer in 2007.

Jerry Clinton never got to own a football team, but his determination helped bring the Rams to St. Louis and a $260 million stadium to play in after the Cardinals left town.

He grew up in a housing project near Anheuser-Busch brewery and went on to become the wealthy owner of one of A-B's largest wholesalers, Grey Eagle Distributors.

As a youngster, he used his fists to become a Golden Gloves champion. Later in life, he raised millions of dollars through boxing matches that helped pay the mortgages, car payments and tuitions for the families of fallen police officers and firefighters.

Jerry G. Clinton died Wednesday (Jan. 18, 2012) at his home in Huntleigh. He was 74 and had battled neuro-endocrine cancer for five years, a family spokeswoman said.

Owning a company with the exclusive right to sell Anheuser-Busch beer in taverns and stores throughout St. Louis County was a license to make money.

Mr. Clinton became a part-owner of the Blues, owned a piece of the St. Louis Steamers indoor soccer team and part of a radio station. He took up auto racing, sometimes teaming with his friend, actor Paul Newman.

Mr. Clinton had a boat and plane, and enjoyed taking friends on trips to the Bahamas and Super Bowl games.

He didn't allow friends or guests to pick up a tab.

"He wanted everybody around him to have a good time," recalled Ed Thomas, a former Grey Eagle employee and longtime aide to Mr. Clinton. If someone tried to buy Mr. Clinton a drink, he would reply, "Are you kidding — I'm buying you drinks."

Mr. Clinton divorced, and last year married Terri Larkin. He had it all, friends thought.

Everything but an National Football League team.

In 1988, Bill Bidwill, the unpopular owner of the losing football Cardinals, moved the team to Phoenix..

Mr. Clinton stepped up, and with a new partner, told Civic Progress members over breakfast at the Bogey Club of their plans to build a new stadium and bring a new football team here. On Feb. 27, 1989, they formed the St. Louis NFL Partnership.

Mr. Clinton said it had been easy to raise money to buy a team. That turned out to be an exaggeration.

The partnership mailed a prospectus to local entrepreneurs asking for $250,000 each. They got just one solid commitment.

Meanwhile, Mr. Clinton was lending his partner money. "He had no other source of income. … He had to have living expenses," Mr. Clinton explained.

The two partners lobbied the Missouri Legislature to approve financing to build a stadium-convention center they said would be self-supporting.

The legislation passed but never was used for the stadium. Instead, the city, county and state are paying the tab.

Mr. Clinton lobbied the NFL for an expansion franchise. He even signed a lease for his team to play at St. Louis' new downtown domed stadium.

But it was not to be. The cost was too much, and when a competing group succeeded in bringing the Rams here from Los Angeles, he dropped out.

Those who knew him say he never got the full credit he deserved.

The sale occurred three years after the son he had planned to turn the company over to, Jeff Clinton, was killed at age 38 in an auto racing accident in 2002.

Mr. Clinton was born in 1937 in a house with no electricity or indoor plumbing. His father was a pipe fitter. He became a champion boxer through the Golden Gloves and AAU competition at the South Broadway Athletic Club.

He graduated from Hadley Tech High School and went to work for the brewery delivering supplies. He took sales and marketing classes at Washington University and left the brewery in 1963 to work as a $125-per-week dispatcher at Grey Eagle, the brewery's new wholesaler.

Mr. Clinton worked his way up to salesman, sales manager and company officer and began buying shares in the company. He became president in 1976 at age 39 and sole owner in 1980.

Selling beer wholesale is all about knowing bar and store owners. Mr. Clinton worked hard and 'spoiled his retailers," a former colleague said. As St. Louis County grew, so did Grey Eagle, becoming one of the Midwest's largest independent beer distributors.

"Most firefighters thought of him as one of us," said St. Louis Fire Chief Dennis Jenkerson. "He won't be replaced."

Visitation will be 2 to 8 p.m. Monday at Bopp Chapel, 10610 Manchester Road, Kirkwood. The Mass will be at 9:30 a.m. Tuesday at the Cathedral Basilica on Lindell Boulevard. Burial will be at Resurrection Cemetery in south St. Louis County.

Survivors, besides his wife, include a son, Brian Clinton of Clayton; a sister, Betty Freeman of St. Louis; five grandsons; and his ex-wife, the former Jo Novinska of Sanibel, Fla.

The arrangement will allow Grey Eagle, Lohr and Krey to distribute beers in their own territories.

Jerry Clinton, former owner of Grey Eagle Distributors, died Wednesday, Jan. 18, 2012. Mr. Clinton was also a civic leader and racing enthusiast. He was 74 and was diagnosed with cancer in 2007.