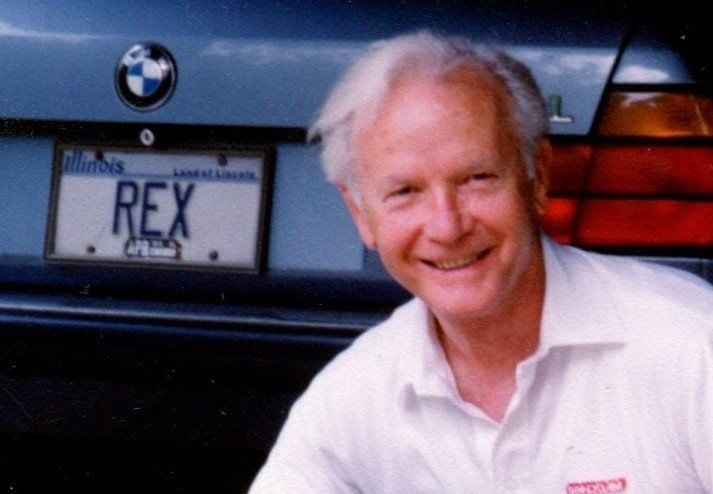 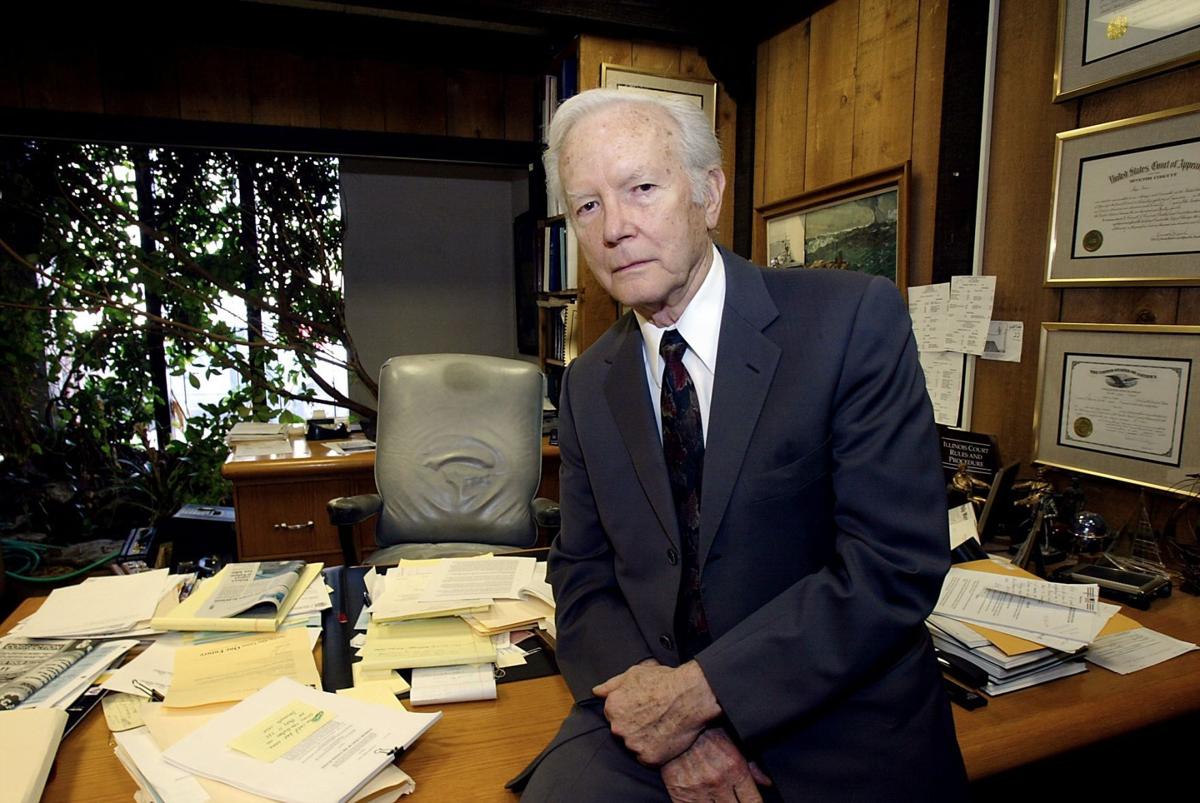 THURSDAY, APRIL 3, 2003--Lawyer Rex Carr leaves law firm that will know as Korein and Tillery..-PHOTO BY ODELL MITCHELL JR/POST-DISPATCH THIS IS FOR STORY GOOD RICH IS DOING.

Rex Carr worked tenaciously to be the best-prepared lawyer in any courtroom in the Metro East during a career that lasted more than half a century. He won national renown and hundreds of millions of dollars for his clients and himself.

His cross-examinations were legendary. He could take a witness step by step by step until he or she finally said what Mr. Carr wanted.

He once cross-examined a witness for six months — longer than most trials.

Then he cross-examined a second witness for five months. The entire trial lasted 44 months and was, at the time, the longest civil trial ever held in the United States.

Rex Carr died Monday (April 27, 2015) at his home in Belleville. He was 88 and was diagnosed 18 months ago with cancer that started in his kidneys and spread, his family said.

Mr. Carr said that he represented the underdog. “Not defending, representing,” he insisted. By underdog he meant someone who got hurt or was out of luck.

“Defending is not the right word to use,” he told the Post-Dispatch in 1996. “Defending means that somebody’s after them. Well, the underdog has already been screwed, and he’s trying to get even. And that’s where I come in.”

During the 1960s and ’70s, Mr. Carr earned a reputation as a civil rights and labor lawyer. His clients were African-Americans, women and teachers.

His practice soon turned to another kind of law —personal injury lawsuits.

Mr. Carr was listed in the Guinness Book of Records for three categories: the longest civil jury trial (a trial over dioxin in 1988); the largest personal injury jury verdict at the time (a pool accident that left a boy a quadriplegic, 1976); and the largest libel verdict (1981).

“Rex was one of a kind,” said Bruce N. Cook, another personal injury lawyer in the Metro East. “He was a spectacular lawyer. To the extent that lawyers can be spectacular.”

Mr. Carr’s libel verdict was against the Alton Telegraph newspaper. He sued the newspaper over a story it never published.

Two reporters had received allegations that linked a real estate developer to organized crime. The reporters later sent a memo detailing the allegations to a federal prosecutor on a strike force. He had asked for the memo, on a confidential basis.

Prosecutors later sent the memo to bank regulators. They began investigating where the developer got his loans. The loan company cut off loans to the developer, whose business then failed. The developer found out about the memo and sued the newspaper.

The jury awarded the developer $9.2 million. The newspaper owners couldn’t afford to post a $10 million appeal bond. They and their insurance company settled for $1.4 million.

Mr. Carr compared himself to a good salesman who believes in what he sells: “Same way in front of the jury. I won’t try a case that I don’t believe in.”

He worked long hours, didn’t drink and wasn’t known to have a lot of friends. When not working, he ran three miles a day.

He grew up in East St. Louis, the second-youngest of five boys. His mother was a teacher. His father a railroad firefighter who wasn’t home much. The family moved a lot — whenever they couldn’t pay the rent.

After graduating from East St. Louis High School in 1944, he served in the Navy in the Pacific. He attended college and law school at the University of Illinois.

In the summer, he would hitch a ride back to East St. Louis and work filling freight cars with ice. Then he hitched back to school and earned his law degree in 1949.

He was so poor that his first law “office” was in the chambers of a friendly judge — but only as long as the judge was busy in court.

The exact amount that he won in lawsuits over his career is unknown. He once had a billion dollars in lawsuits underway.

His lengthy dioxin case was one of his proudest, but it didn’t end as he had hoped. The jury awarded $16 million, but an appeals court reduced it to a token $1 million.

Mr. Carr was known to get into disagreements with those around him and had a reputation for not budging. In 2007, he sued two of his former partners, Stephen Tillery and Steven Katz, claiming they had cheated him of $13 million in legal fees from class action victories. The firm broke up in 2003.

An appeals court ruled against Mr. Carr and described him as “out of control” in his litigation against his former partners.

Mr. Carr continued to work at his office on Missouri Avenue in East St. Louis until about four months ago. “That’s where he came from,” said former partner Jerry Montroy, “and that’s where he practiced law, and he wanted people to be able to come to him.”

Visitation will be 4 to 8 p.m. Friday at Kassly Mortuary in Fairview Heights. The funeral will be at 11 a.m. Saturday at the funeral home. Burial will be at Mount Hope Cemetery in Belleville.

William Lohmar, a judge who wanted to be a champion for the little guy, dies

He served for 29 years as a judge in St. Charles County.

THURSDAY, APRIL 3, 2003--Lawyer Rex Carr leaves law firm that will know as Korein and Tillery..-PHOTO BY ODELL MITCHELL JR/POST-DISPATCH THIS IS FOR STORY GOOD RICH IS DOING.