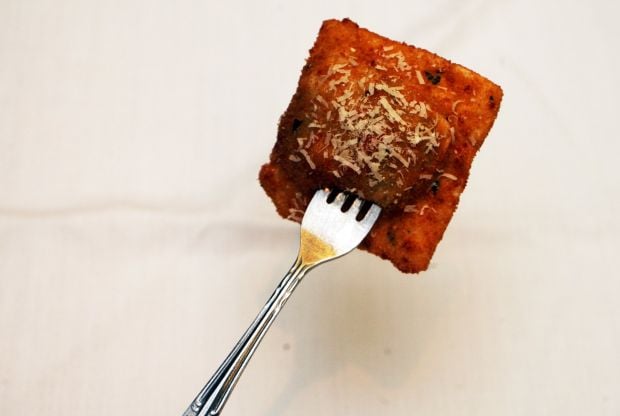 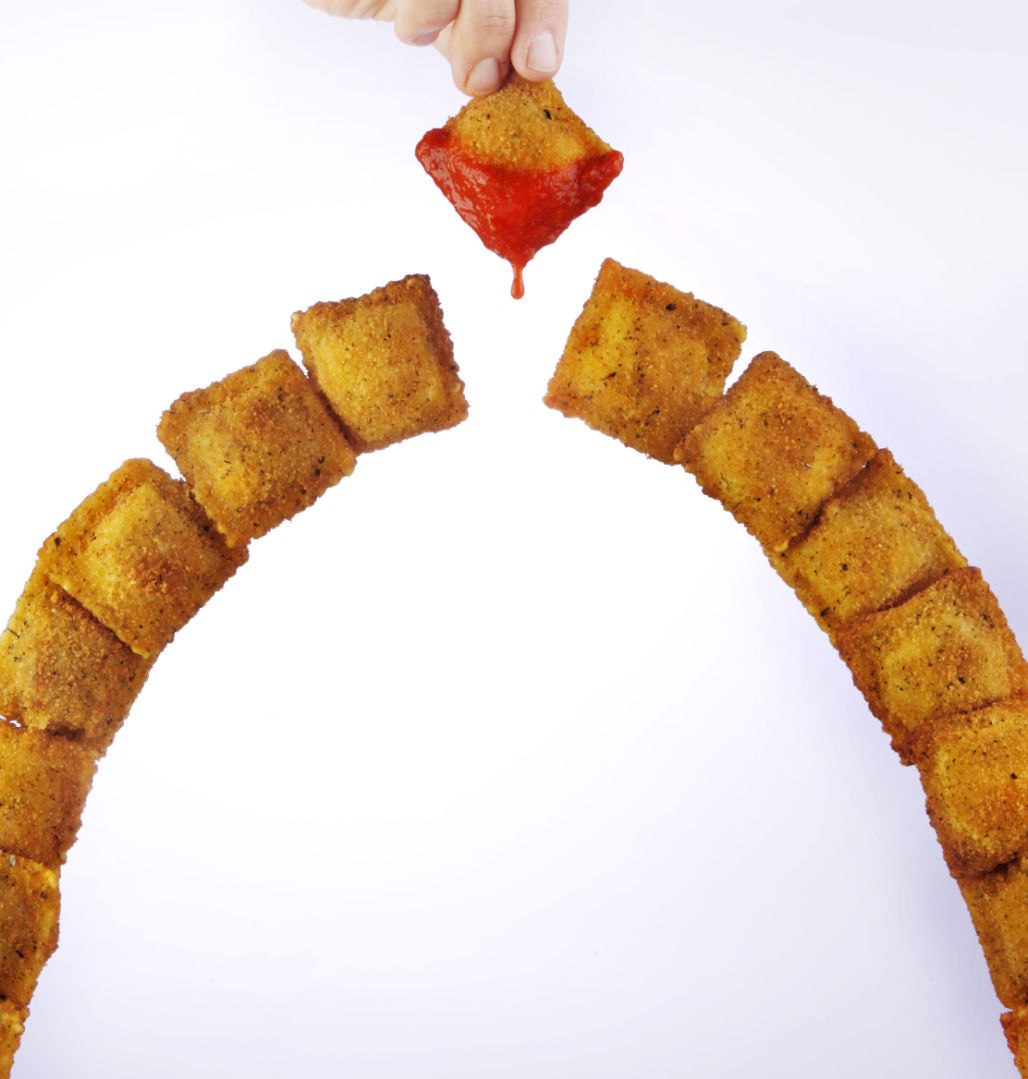 The Gateway Arch in St. Louis is the perfect monument to an (almost?) perfect food, the toasted ravioli dripping in meat sauce. Photo by Erik M. Lunsford of the  Post-Dispatch

UPDATES with background on toasted ravioli

Lou Oldani Sr., whose restaurant on The Hill has been credited as the birthplace of toasted ravioli, has died at age 103.

The dish is considered a St. Louis original.

The long-gone Oldani’s Restaurant is now the site of Mama Campisi’s. It isn’t the only eatery to lay claim to inventing the St. Louis phenomenon of toasted ravioli.

Another version is that the dish emerged in the late 1940s at what now is Charlie Gitto’s on The Hill. Back then, it was owned by another Oldani, Angelo, and the restaurant was Angelo’s Pasta House.

According to this version, a waiter at Angelo’s told a cook to “drop some raviolis” for an order. Instead of boiling water, the cook dropped the pasta squares into hot oil.

When the mistake was discovered, the raviolis were given to the kitchen help to eat. Everyone loved the little “fried pillows,” and the dish was added to the menu.

The Louis Oldani camp tells a similar story about how the dish was invented at their eatery.

Mickey Garagiola, older brother of Major League Baseball Hall-of-Famer Joe Garagiola, was a popular waiter on The Hill. He claimed to have been present at Oldani’s Restaurant during the 1940s and witnessed the accidental birth.

The story revolves around a chef named Fritz, who was feeling under the weather one night and dropped a boiled ravioli into hot grease. When the dumpling rose to the top, he dropped in a few more. He sent a plateful to the bar and the customers loved them. The toasted ravioli was born.

The early toasted ravioli was described as a distant cousin of today’s dish. It wasn’t breaded or served with meat sauce.

Mr. Oldani served them at the bar like potato chips or pretzels, according to Garagiola. Garagiola died in 2010 and was considered the best-known waiter in town during his day.

The origin of toasted ravioli remains a hot topic on The Hill. George Venegoni, writing in The Hill 2000 newsletter, suggested that was due in part to both restaurants having been owned by men named Oldani.

No matter who deserves the credit, toasted ravioli became a St. Louis favorite; many out-of-towners have not heard of it.

Louis Charles Oldani Sr. grew up on The Hill and took over his father’s bar and made it into a restaurant. He operated the business seven days a week until about 1960 when he retired.

He was still driving his car around the neighborhood until the age of 101, his family recalled.

He died April 9, 2015, at his home in Ladue. His family said he had been diagnosed with heart and kidney failure.

Visitation is from 9 a.m. Thursday until the funeral Mass at 10:30 a.m. at the Church of the Immacolata, 8900 Clayton Road, Richmond Heights. Burial will be at Sts. Peter and Paul Cemetery.

Survivors include a son, Louis Oldani Jr. of Ladue; a daughter, Judy Ognyanov of Brentwood; a granddaughter; and two great-grandsons.

The Gateway Arch in St. Louis is the perfect monument to an (almost?) perfect food, the toasted ravioli dripping in meat sauce. Photo by Erik M. Lunsford of the  Post-Dispatch 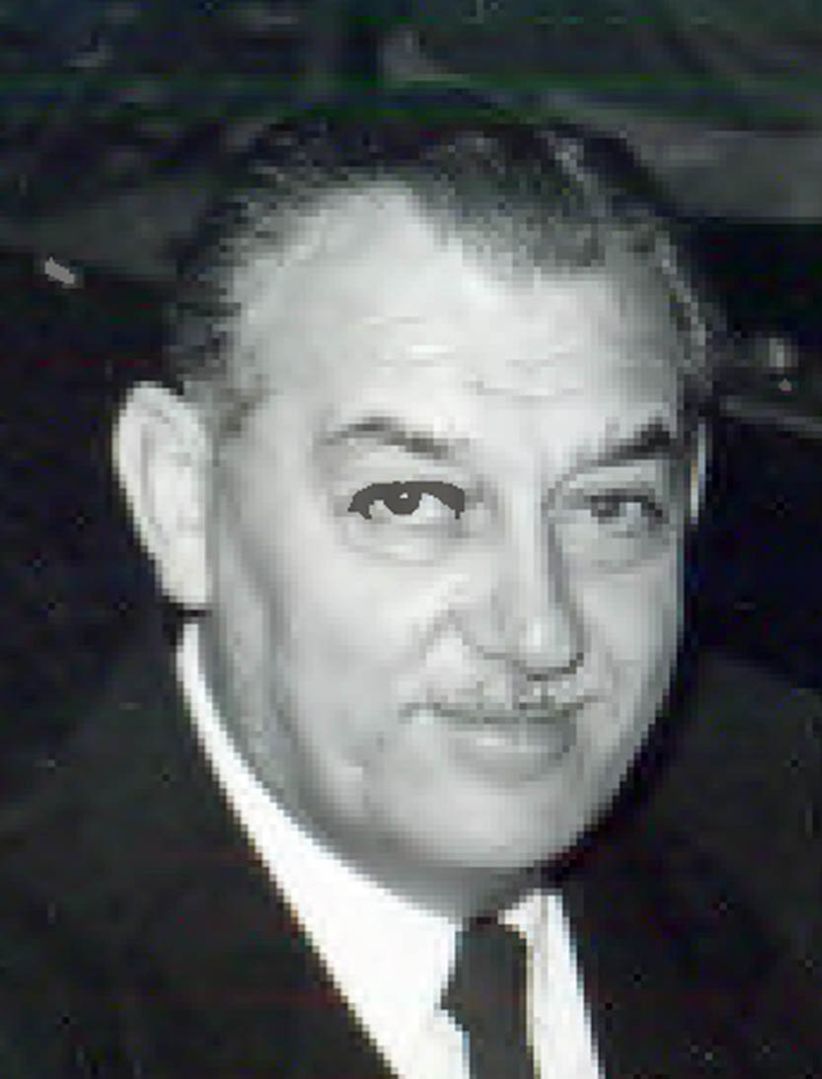