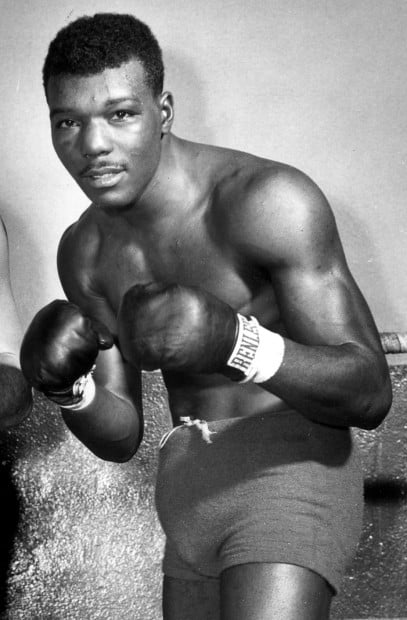 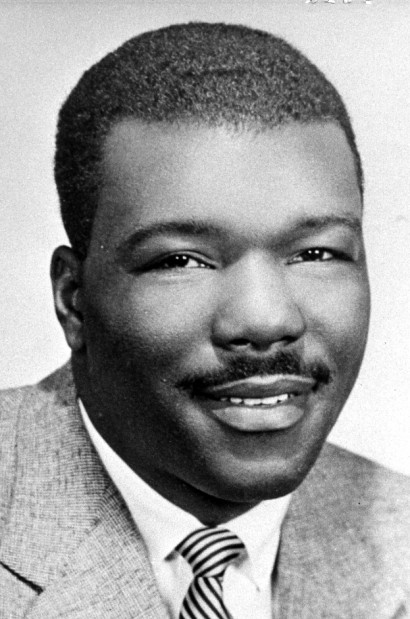 Wes Bascom, who died Sunday, tried on his first pair of boxing gloves at an East St. Louis gym in 1945. Before long, he was knocking out just about anyone who got in the ring with him.

He thought he was on his way to becoming the next Joe Louis, the boxing champ who helped integrate sports. But Mr. Bascom's mother didn't like him fighting and made him promise to get a college education.

The other problem was the handful of top boxers whom Mr. Bascom couldn't beat.

After a promising career, he hung up his gloves for good.

He went on to hold a variety of jobs, including working for the YMCA with inner-city children. He kept his promise to his mother, went to college and became a popular teacher in the St. Louis Public Schools.

Wesbury Bascom died July 22, 2012, at his home near Florissant. He was 83 and had been diagnosed in 2006 with Alzheimer's disease, his wife said Thursday.

Mr. Bascom took up boxing hoping it would help condition him for football, his real love. He was a star at Lincoln High School in East St. Louis — good enough to earn two scholarship offers.

He lived with his divorced mother, who held night and day cleaning jobs. She warned him against getting in trouble, saying if he ever went to jail, he would be on his own.

He took her advice so seriously, he never even joined a clique like other kids in his neighborhood.

"For one thing," he explained in a 1967 Post-Dispatch interview, "I had an odd name. Can you imagine a hard-nosed fullback with the name of Wesbury?"

He found a boxing trainer in Ted "Pop" Myles in East St. Louis. He put the snap in Mr. Bascom's punches and taught him that you beat an opponent with your left hand, not your right.

Mr. Bascom won the International Golden Gloves crown in 1949 at Madison Square Garden, knocking out the European champ in the third round.

"He was no problem," Mr. Bascom recalled. "Boxing came easy to me."

After three years as a Golden Gloves champ, he turned pro in 1950. The next year, he defeated the fourth-ranked light-heavyweight contender in a bout at the Arena.

For a time, Mr. Bascom became what his family described as the first African-American mail carrier in East St. Louis. In St. Louis, he became a distributor for the newspaper the Argus and an owner of a tax service, a service station and a cocktail lounge.

He co-owned the Ringside Bowling Lane, near the old Gaslight Square, where big-name bowlers hung out.

In 1970, Mr. Bascom's next job — working with children for the YMCA — was the subject of a cover story in the Sunday magazine of the old Globe-Democrat. The headline was, "The streets are his office."

But he still had that promise to keep. He enrolled at what is now Harris-Stowe State University and earned his teaching degree.

He taught for about 30 years in the St. Louis schools and retired as an eighth-grade teacher at Dewey School. Students enjoyed his stories about growing up in hard times to become a champion boxer.

Mr. Bascom met his future wife, Joyce Granberry, at the Annie Malone Children and Family Service Center. She was working as an activities coordinator when he arrived with a friend, a police captain, to take the children to the movies.

The couple married in 1977 while he was finishing college and she was teaching in the public schools.

For their home office, they bought a pair of matching desks. He studied at one while she sat nearby grading tests from her fifth-grade students.

Visitation will be at 10 a.m. Monday at the Third Presbyterian Church, 9990 Lewis and Clark Boulevard, Moline Acres, followed by the funeral at 11 a.m. Burial will be at St. Peter's Cemetery in Velda City.

Survivors, in addition to his wife of 35 years, include a son, Roderick Bascom of Los Angeles; three daughters, Patricia Bascom of Las Vegas, Teri Bascom of St. Louis and Carolyn Fisher of Phoenix; a foster son, Anthony Farr of Columbia, S.C.; four grandchildren; and a great grandson.