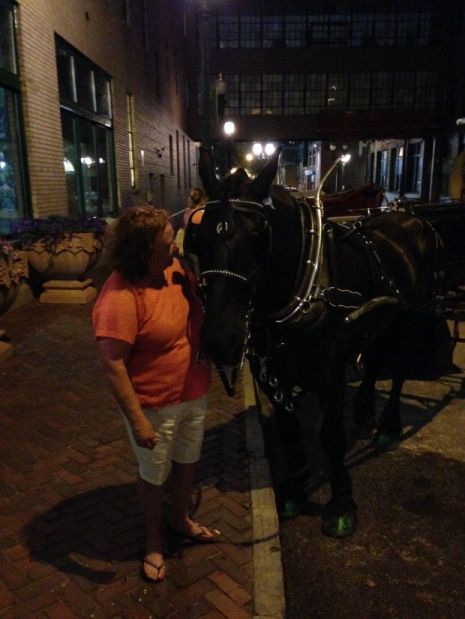 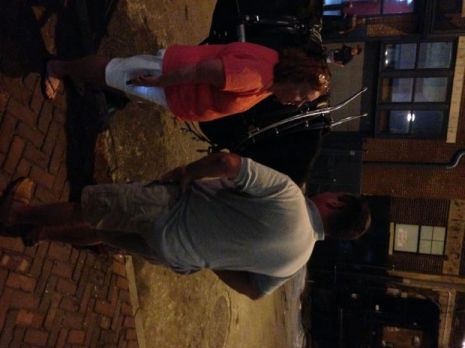 St. Louis health director Pamela Walker said Moose, a carriage horse who worked a downtown route, has a chronic lung condition, according to an examination by a veterinarian, and no longer should be used.

Walker sought the examination after she spotted the horse breathing heavily in front of the City Museum on Saturday night.

The health director lives in a building adjacent to the museum and was walking her dog just before 9 p.m. when she spotted what she said was a horse “showing classic signs of heatstroke.” She intervened to stop riders from boarding the carriage being pulled by that horse, Moose, and stopped another horse, Ben, both owned by carriage operator Brookdale Farms.

“I told him (the owner) that he cannot work him anymore — ever again,” Walker said Sunday.

Jerry Kirk, the owner of Brookdale Farms and Moose, disputed the COPD diagnosis.

“I dispute it and so does my veterinarian,” he said. Kirk plans to have his veterinarian, Dr. Mark Cassells, give Moose a thorough examination, including an ultrasound and scope, to confirm that there are no issues.

“That horse never coughed in the nine years that I’ve had him,” Kirk said Sunday. He said his horses are examined regularly. He said Moose is a large horse and breathes a little heavier sometimes.

Walker said steps are underway to deal with the issue.

“My vet called his vet and asked him to call the owner and suggest moving Moose to Eureka so that his own vet can diagnose him,” she said. “I will not allow this horse to work in my city.”

Walker said the vet will inspect the other carriage horses today and will provide a report on the welfare of the others. “Then we will see what we will do from there,” she said.

Walker said the city health department has authority both over animals in distress and farm animals. She would like to see horse drawn carriage rides banned here.

“We have a beautiful city to walk and see the architecture,” she says. “It is not necessary to have a downtown experience with carriage horses.”

Kirk said Walker is involved with animal rights advocates and is “trying to force her opinion on other people.”\

Editor's note: An earlier version of this story had an incorrect affiliation for Dr. Sarah Frei.

Cooler weather on its way; temperatures will be milder all week

Highs Tuesday and Wednesday will be in mid 70s.

A veterinarian hired by the owner of Moose, the horse at the center of the growing controversy, gave the animal a clean bill of health on Monday.

Horses shouldn't labor in the heat to pull carriages

God bless Pamela Walker and Dr. Sarah Frei for stepping in to help Moose, the ailing horse who is forced to pull those loathsome carriages aro…

Carriage owners must be responsible for their horses

St. Louis Health Director Pam Walker did the right thing when she stopped the driver of the horse-drawn carriage from taking the next customer…

Walker's video of the horse she says had signs of heatstroke

Video of the horse, Moose, that Pamela R. Walker posted to her Facebook profile