JEFFERSON CITY — Missouri’s capital city is poised to reconnect with the Missouri River for the first time in more than 100 years.

Long separated from the waterway by a wide set of railroad tracks, work has been underway since earlier this year on a new park on the riverfront accessible only by a pedestrian bridge that is moving closer to completion.

Although work may not be complete by the target date, the new $5 million facility will pay homage to the state’s 200th birthday, which is Aug. 10.

Tentative plans call for the unveiling of a life-size granite chessboard on the grounds on Aug. 9. The installation is being donated by Jeanne Sinquefield, co-founder of the St. Louis Chess Campus and spouse of retired financier and political donor Rex Sinquefield of St. Louis.

The chessboard will depict some of Missouri’s most significant people and historical moments.

At last year’s groundbreaking for the 765-foot-long “Bicentennial Bridge,” Jefferson City Mayor Carrie Tergin said the park and bridge represent progress after decades of deliberation over the unused land.

“Despite the challenges that the Capital City has faced over the last year, including a tornado, major floods and the pandemic, none of those things will stop this project from moving forward,” Tergin said. “I can’t think of a better way to kick off the year of our bicentennial than with this groundbreaking.”

The land is known as Adrian’s Island after a local businessman, Harry Adrian, claimed the land in the 1960s and later gave it to the Jefferson City housing authority. It stretches along the southern bank of the river by the Capitol and ends by the now-shuttered Missouri State Penitentiary.

Geographically, the land is less an island than a peninsula.

The island’s creation began after the U.S. Army Corps of Engineers built wing dams in the river to improve the navigation channel for boats.

Water flowing downriver brought dirt and debris that was deposited between the two dams and began to create a land mass.

Although it is connected to the southern riverbank, the six Union Pacific railroad tracks that separate it from the rest of the city make it seem like an island.

The land has been the subject of speculation in this city of 42,000 residents since it began forming.

Under one plan floated in 1974, the city discussed building restaurants, shops and a golf course.

Little moved forward until 2018, when local businesswoman B.J. DeLong, who died earlier this month, contributed $3.2 million toward construction of the bridge over the railroad to the island.

The project is expected to cost about $5 million, with private donors paying the bulk of the cost. The state put $500,000 toward the project in the budget signed by Gov. Mike Parson in June.

At the groundbreaking, Parson predicted the parkland would be a busy place.

Land preparations began in February, and the bridge began taking shape in March.

Though separated from the city by the tracks, the land does have some residents.

In April, for example, conservation officials said two bald eagles were nesting on the eastern end of the land.

The federal agency says it is ‘extremely concerned’ about damage in 2021, alleged companies have not shared all relevant information with regulators. 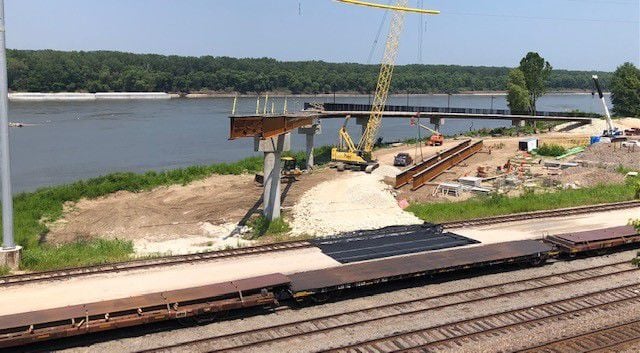 JEFFERSON CITY — On July 27, 2021, work continues on the Bicentennial Bridge, a structure connecting Missouri’s Capitol complex with a new 30-acre park on the Missouri River. 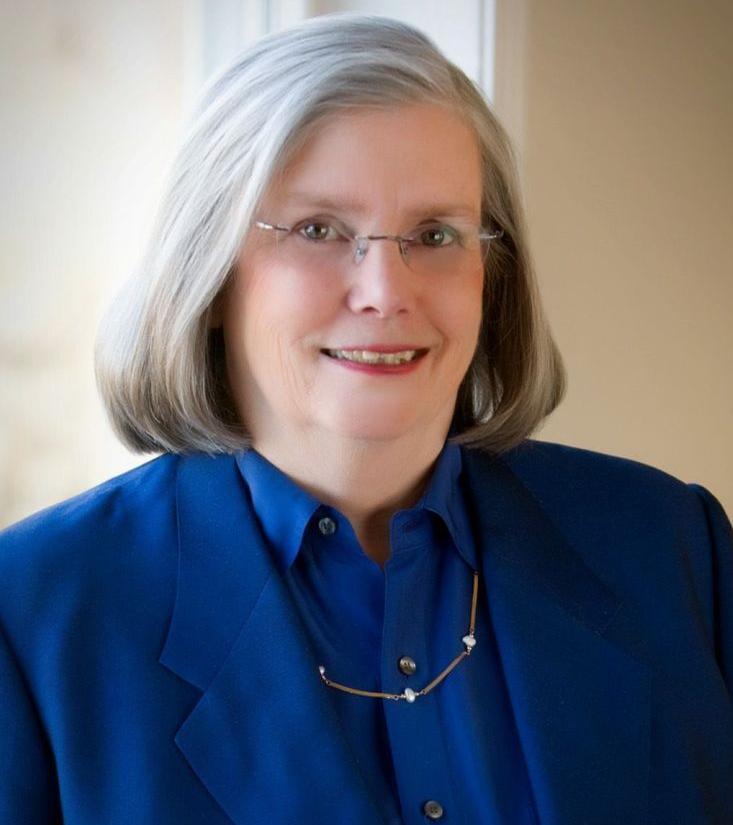