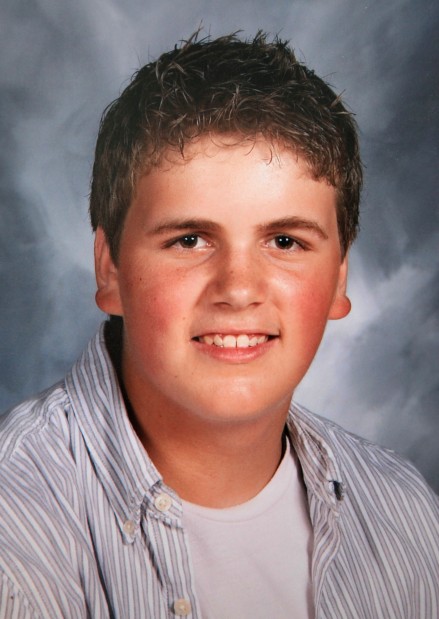 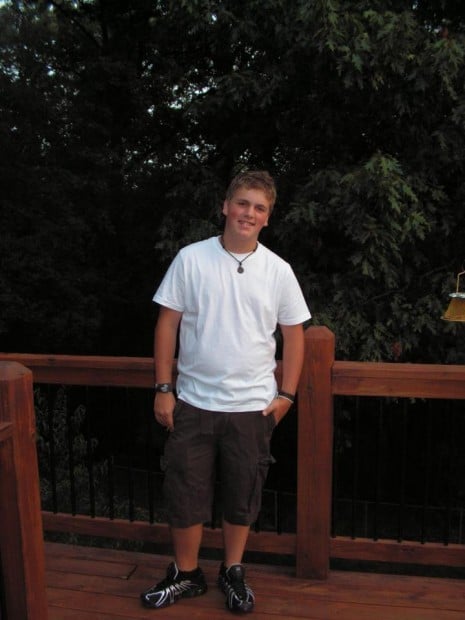 That's why his mother warned the 15-year-old to never wear both earbuds while walking near traffic.

"He'd say, 'Oh, no, I don't do it.' I guess when he's out on his own and I'm not there reminding him...," Carol Maserang said Monday, the day after her son died after being hit by a train he apparently couldn't hear.

Mitchell, who was going to be a sophomore at Fox High School in Arnold, was wearing earbuds and crossing railroad tracks near Main Street in Wentzville about 9:45 a.m. Sunday when he was hit by a Norfolk Southern freight train.

He was visiting his father and stepmother, and had been walking from their home in Wentzville to the town's flea market. He was going to buy some Hot Wheels cars to add to his collection — he had thousands of them.

The accident is the second recent fatality in the region involving a teen walking along train tracks.

Cameron Vennard, 14, of Oakland, was fatally struck on the afternoon of May 30 by an Amtrak train as he walked along tracks near Leffingwell Avenue in Kirkwood. He was headed from his home to meet friends at a restaurant in downtown Kirkwood. Cameron also was wearing earphones and probably didn't hear the train, officials said.

Carol Maserang, of Arnold, said her son had been walking along the railroad tracks to avoid street traffic. She said he crossed at a spot where some propane tanks blocked his view of the oncoming train. He didn't hear the whistle blow or see bystanders waving at him that there was a train coming, and he stepped into its path, she said.

The train was heading from Knoxville, Tenn., to Kansas City when the crew spotted the teen walking ahead of the train on the tracks. The crew sounded the horn, a railroad spokesman said.

Mayor Nick Guccione said the area is not known for problems with pedestrian-train accidents. However, he wants to meet with railroad officials to discuss the possibility of coming up with some way to increase safety along the tracks, such as fencing.

Relatives described Mitchell as a wonderful artist who loved drawing sharks, music album covers and his own genre of superheroes. He was on the honor roll and tutored other students. He loved camping and fishing and was close to his siblings: a brother, Nick, 21, and sister, Baylee Rae, 15 months.

"He was the only 15-year-old I know who would strike up a conversation with an adult and carry on a whole conversation," said an uncle, Chris Kaiser of Overland. "He was a pure soul."

Mitchell's father, Michael, said his son was normally good about leaving only one earbud in while listening to music in the car or around the house — just to make it easier for other family members to get his attention. He said Mitchell's friends are vowing to cut off one earbud in Mitchell's honor. Two of Mitchell's teenage cousins had already done so.

"Something needs to be done — two kids have been hit," said Michael Maserang. "I see people driving in their cars wearing earbuds. If my kid couldn't hear a train — what if you couldn't hear a fire engine?"

Friends and family gathered Monday afternoon in the garage of the Arnold home where he lived, remembering the kid who loved '80s rock and who was the first one awake to go fishing.

And they talked of earphones, and of the importance of wearing just one. One friend, Steven Orick, 17, said he had already cut one earbud. Another friend, Jason Buchanan, 16, pledged to do the same when he got home.

Maserang's cousin Cindy Morris, 55, said, "The music is fun, but it's not that important."

Leah Thorsen and Mark Schlinkmann of the Post-Dispatch contributed to this report.

EDITOR'S NOTE:  Earlier versions of this story contained an incorrect spelling of the victim's last name.  This version has been corrected.

He missed a curve on his motorcycle.

Gabrielle Reuveni was a junior and a member of the cross-country team at Washington University.

Pedestrian struck and killed by train in Belleville

It happened on the northern edge of Belleville.

Families of victims suffer, but there is also an entire train crew that goes through its own pain.

Teen dies after being hit by train in Kirkwood

Police said the teen was wearing headphones and walking on the tracks when he was hit by the westbound train.