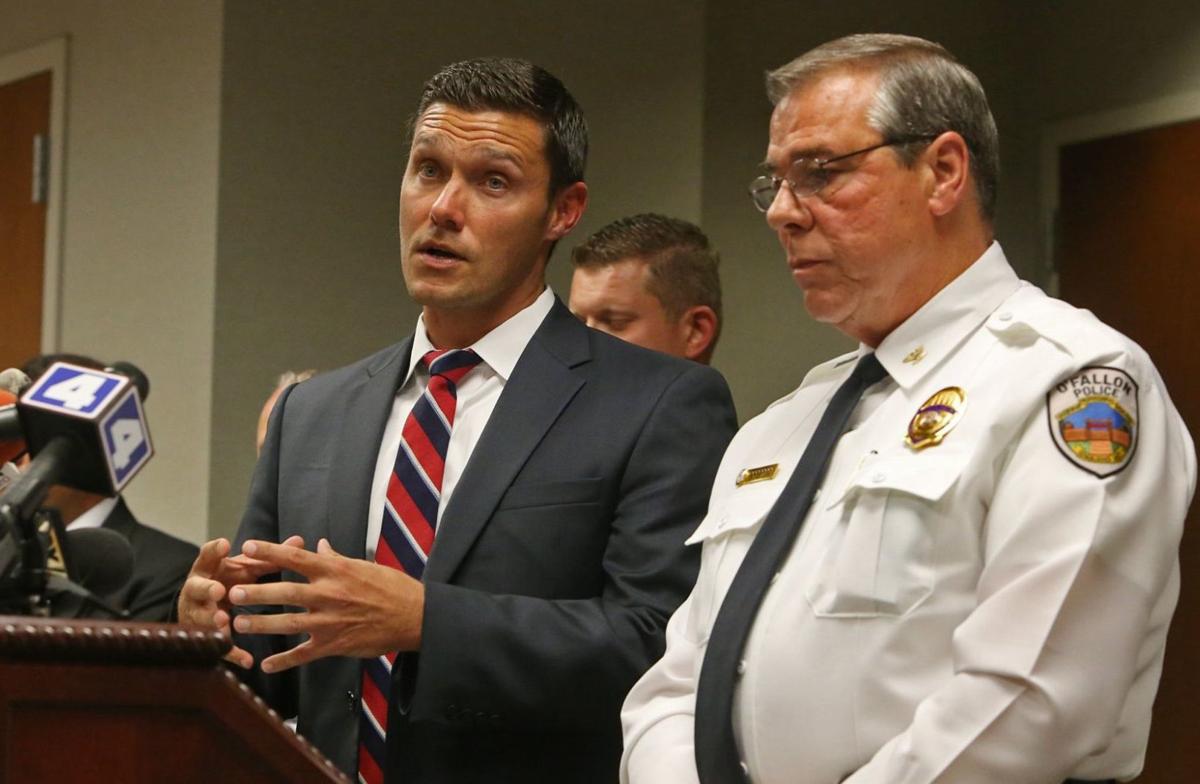 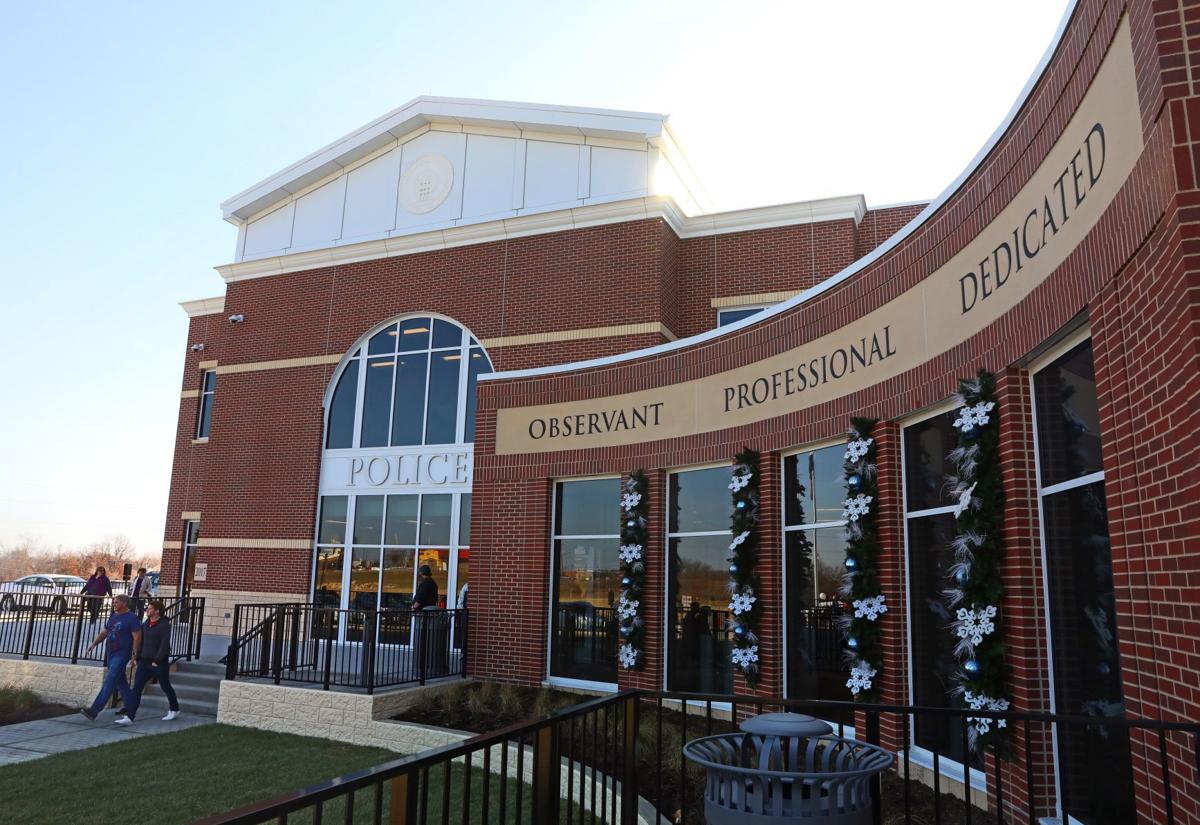 O’FALLON, Mo. — It began as a traffic stop involving a man driving at nightwith his taillights off.

The driver told the officer he was driving a rental car and didn’t know how to turn them on. The officer ran the driver’s name, found out he had traffic-related warrants and arrested him. A tow truck arrived. The officer searched the car and reported finding a mobile methamphetamine lab inside. He called in the drug unit. And filed his report.

Four years later, the story is far from over, and its effects stretch beyond the city’s police department.

That traffic stop kicked off a legal saga that has so far generated settlements of more than $500,000, while ensnaring top police and city officials in dueling lawsuits.

At issue is whether the officer’s search of the vehicle was done properly.

Some in the department claim the search was illegal, and that the officer who conducted it and the sergeant who approved the report deserved discipline. Others say that allegation was cooked up to force an aging police veteran out of the department.

Four police commanders have filed two lawsuits against each other. Three of them still work together, creating discord in the suburban force of 115 officers.

In one lawsuit, a sergeant and a lieutenant alleged two police captains drummed up tall tales to remove the sergeant, a 29-year veteran of the force.

Attorney J.C. Pleban represented the lieutenant, who is so far the only one commenting on the situation. The sergeant signed a confidentiality clause. City officials declined to comment on the settlements as well as the pending litigation.

“Someone is lying,” Pleban said. “There’s no oversight, no accountability. And the lack of those cost the city hundreds of thousands of dollars.”

And the legal bills keep climbing.

The two captains responded with a lawsuit of their own, accusing the chief, city officials and administrators of age discrimination, cover-ups and conspiracies. Their attorney has not returned a phone call seeking comment.

In 2015, Sgt. Scott Walker, then 57, was the second-most experienced officer on the O’Fallon police force, and the age discrimination against him had already begun, according to the lawsuit.

He had 15 years as a lieutenant under his belt when he was asked to oversee the department’s emergency management division — a desk job. He voluntarily took a demotion to sergeant so he could be closer to the streets, according to his suit.

Walker also claimed commanders passed him over for a chance to go to the FBI National Academy in favor of sending someone else who wasn’t as “close to retirement,” according to the suit.

Walker alleged that no one wanted him gone more than Maj. Kyle Kelley and Capt. Jeffrey Gray. And they thought they found their opportunity the night that the alleged mobile meth lab rolled past one of Walker’s officers, James Klingler, without its taillights on in February 2015, according to the lawsuit.

But about a month later, Gray said Klingler lacked probable cause to search the car and launched an internal affairs investigation into whether Walker violated department policies by approving Klingler’s report, according to Walker’s lawsuit.

He needed an officer of a rank higher than Walker’s to file a complaint against Walker and Klingler. He chose Lt. Jeffrey Lange, according to the lawsuit.

Lange did as he was told “because he feared for his job,” according to the lawsuit.

“Lange was told ‘it’s them or you,’” said Lange’s attorney, Pleban.

Joachimstaler then sent Walker a memo saying he had been demoted to a patrol officer after the internal investigation found him guilty of misconduct based on Lange’s complaint, according to the lawsuit.

Rather than take the demotion, Walker volunteered to retire as a sergeant. Gray said he could, under one condition: release the city from any liability associated with his discipline. Walker refused, and reported for duty as a patrolman, according to the lawsuit.

Life as a patrolman for Walker was “intolerable,” according to the lawsuit. He was assigned to the “least desirable parts of town,” and not allowed to rove as younger officers could. And only Gray could approve time off instead of his supervisor.

“He was unable to sleep and lost weight due to depression, stress, and anxiety,” according to the suit.

By June 2015, Walker had had enough. He appealed his discipline to the city’s personnel committee, which held a hearing on the matter in August.

When Lange took the stand, he testified under oath that Gray ordered him to falsify misconduct allegations against Walker.

In September 2015, the committee overturned the discipline and reinstated Walker as a sergeant.

But the harassment by Gray and Kelley didn’t end there, according to the lawsuit.

They created a new sergeant position specifically for Walker that kept him at a desk.

And they set their sights on Lange.

His testimony during the August 2015 hearing was cited as an example of his “deficient performance” in his evaluation, according to his attorney. He was put on a “Performance Improvement Plan.”

Lange claims he was required to work 90 to 100 hours every two-week period. And suddenly, 20 years of positive evaluations took a nosedive when Kelley began writing them. One of the evaluations was then leaked to Lange’s patrol officers before it was given to Lange, according to the lawsuit. He didn’t get an annual $2,100 raise.

“Here’s an officer who wants to tell the truth and is punished for it,” Pleban said.

Walker and Lange filed suit together in January 2017.

Lange, in a recent interview, said, “It pained me greatly to take legal action to defend myself. But I felt like I was left with no other options.

“I had to protect myself from the illegal actions and discrimination and retaliation I was facing for standing up and telling the truth. I was put in the middle to be used by people with personal vendettas and I wasn’t going to be their implement.”

But Gray and Kelley felt targeted, retaliated and discriminated against, too, according to their lawsuit, which was filed in February 2018.

The suit outlines a three-year history of what Gray and Kelley characterize as gender discrimination, backstabbing by Joachimstaler and conspiracies by their city administration to keep them quiet about misconduct involving Lange, Walker and Klingler stemming from the traffic stop.

The pair also allege that Joachimstaler was once the subject of a no-confidence vote that they claim left him at odds with city leaders.

The lawsuit also alleges that the chief covered up crimes involving female employees of the city’s administration that included internal theft and possible city contract interference. When Gray and Kelley suggested Joachimstaler properly investigate the administration’s alleged crimes, the chief ordered them to undergo psychological evaluations as retaliation.

The retaliation reached a “crescendo,” according to the suit, after the investigation into the traffic stop that uncovered the mobile meth lab.

During his deposition, Joachimstaler testified under oath that Gray and Kelley perjured themselves. He denied making them scapegoats for any decisions he made that put him at odds with city administrators. Denied that the no-confidence vote compromised his reputation among city leaders. Denied that he made hiring decisions based on age, race and gender. And denied covering up crimes involving female city administrators out of fear of losing his own job.

He also testified that despite perjury being a crime, his department never investigated it.

He retired in December after a 48-year career in law enforcement — 39 of which he spent with the St. Louis police department. O’Fallon Mayor Bill Hennessy, in a statement at the time, applauded Joachimstaler for helping “bring our Police Department to a new level.”

Pleban said this year’s settlements to Walker and Lange put the city in a precarious position.

The city must now defend itself against Gray and Kelley after spending years in litigation claiming their actions against Walker and Lange were appropriate, Pleban said.

Meanwhile, the driver stopped in 2015 with the mobile meth lab pleaded guilty to drug-related charges, sources said, and was placed on probation with his sentence suspended. After he completed probation, those charges were expunged.

But he’s back in custody, having pleaded guilty in June to a property crime and trespassing.

He was arrested by O’Fallon police.