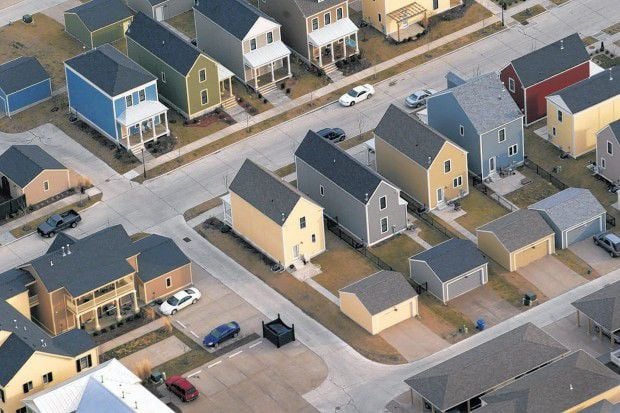 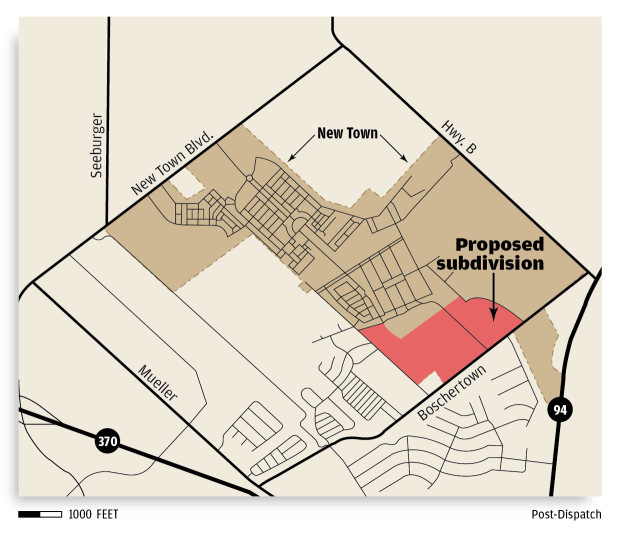 ST. CHARLES • Over the objections of many New Town residents, the City Council on Tuesday night approved splitting off a vacant part of the high-density “new urbanist” district to allow construction of a more typical subdivision.

The rezoning action, approved 8-2, isn’t final. Mayor Sally Faith has yet to say whether she will sign or veto the plan by developer Tom Hughes to build 234 single-family, suburban-style homes on the 93-acre tract.

Faith voted against it as a member of the city planning and zoning commission when that panel reviewed the issue last month.

If she vetoes the bill, a council override would require seven votes — one fewer than the eight backing the plan Tuesday.

Opponents worry that the lower-density Hughes subdivision would negatively impact New Town. New Town has modern homes of various sizes and prices on an old-style street grid with easy walking to stores, eateries, parks and lakes.

Critics also say the Hughes plan would set a precedent for removing other vacant tracts from the New Town district and its special zoning rules set up by the city in 2003.

Charles Luebke, one of several residents who spoke against the plan, reminded the council that the city set in motion a new opportunity for prospective homeowners when it approved the district.

“Now it is a living, breathing reality,” Luebke said. “Why would you want to diminish that?”

A key supporter of the rezoning, Council President Dave Beckering, said no other developer has stepped forward to propose anything for the 93-acre site. The plan also calls for a new elementary school.

“At this point in time, it’s the best use of the land,” he said before the council meeting.

He and Hughes said that even with the rezoning, the New Town district would still be larger than the original area set aside in 2003. Some land has been added since then.

More than 900 have signed petitions against changing the New Town zoning rules.

New Town now has about 1,300 dwellings with about 3,000 residents. The original developer, Whittaker Builders, had envisioned as many as 5,700 homes going up over 15 to 20 years.

After Whittaker Builders ran into financial difficulty during the recession, a consortium of banks took ownership of much of New Town, as well as the Whittaker firm’s role as overseer of the New Town plan. The bank group supports the Hughes proposal.

Home building has continued at New Town although the pace slowed with the recession.

The Hughes project, Charlestowne Crossing, would be on New Town’s southeast edge along Boschertown Road.

The council on Tuesday also approved rezoning to allow construction of a 170-foot-high city water tower along South Old Highway 94 between Zumbehl Road and Pralle Lane.

Some residents of a nearby subdivision oppose the plan. The council still must sign off on some other aspects of the proposal.

Faith returns the bill unsigned, says veto would be futile because City Council likely would override it.

St. Charles bans driving while texting for all ages

New ordinance exempts state-maintained roads such as Interstate 70 and Highways 370 and 364.