The new proposal was released on Jan. 6 and seeks to reduce the air pollutant known as soot by up to 25 percent. Also referred to as fine particulate matter, soot is known to be a deadly byproduct of industrial practices.

It's a public relations challenge that could determine whether the country meets Biden's ambitious goal to cut greenhouse gas emissions in half by 2030.

Relying on tax credits and rebates made the climate legislation — it was approved in August with only Democratic votes — more politically palatable than regulations that force wholesale changes in polluting industries.

But it also means the administration's battle against global warming will be waged "one household at a time," said Shannon Baker-Branstetter, who works on energy issues at the Center for American Progress, a liberal think tank closely aligned with the White House.

"It is very incremental," she said. "So it requires a very sophisticated communications strategy."

Biden acknowledged the hurdle during a recent Cabinet meeting as he talked about the incentives that are becoming available this year.

"Folks need to know how to take advantage of these benefits that we passed. That's on all of us around the table here to make sure we get that message out clearly," he said.

The White House says it is piecing together a plan to partner with state governments, contractors, retailers and social media influencers to get the word out. "Lowering utility bills is going to be a key driver," said Josh Peck, a senior policy adviser on clean energy issues.

It's also collaborating with Rewiring America, a nonprofit focused on ways to electrify homes and businesses, and companies like Airbnb, Redfin and Lyft. As part of the effort, Rewiring America created an online calculator that shows what credits or rebates homeowners might be eligible for, depending on their ZIP code and income.

Buying a heat pump or installing solar panels is "a major expense line and a major opportunity for savings," said Ari Matusiak, the group's founder and CEO. "So it's really important to make sure people are aware of the resources they have available and the benefits they can unlock in terms of bringing energy bill savings."

But the White House faces an uphill battle.

Polling shows that while Americans support action to slow climate change, they are broadly unaware of the Inflation Reduction Act, the massive legislation that includes financial incentives to lower emissions, and skeptical of their own role in the climate crisis.

An AP-NORC poll released in September, one month after the law was signed, found that 61% of U.S. adults said they knew little to nothing about the legislation. And despite the multibillion-dollar investment in climate solutions, only a third said it would help climate change; about half said it wouldn't make a difference.

The White House says it's not rattled by the results. The goal is to make sure consumers know the financial benefits of energy efficient products at the moment that they're making key decisions on which products to buy, Peck said.

"One of the challenges here is trying to meet consumers where they are when they make decisions about these purchases," he said.

Majorities of U.S. adults said they are unlikely to install solar panels or buy an electric vehicle in the next three years, according to the AP-NORC poll. Among those, at least half said financial incentives would not make a difference in their decision.

Homeowners typically are reluctant to swap out furnaces or water heaters until they absolutely have to shell out the money for them.

"One day the heat won't turn on and it's negative 10 (degrees) outside and you say, 'Oh crap, I've got to get a furnace,'" said DR Richardson, co-founder of Elephant Energy, a Colorado company that helps homeowners install electric heat pumps and other appliances. "So the biggest challenge from our perspective, and from a climate perspective, is to get people to think ahead of time about how to replace these assets."

Most homeowners don't understand what equipment qualifies for a rebate or a tax credit — and even contractors are not always aware, Richardson said. While some heat pumps qualify for a full rebate, others do not or are only eligible for partial rebates.

"So it's just a nightmare if you're not used to working in building spreadsheets to analyze and understand all this stuff," he said.

Not all of the incentives are ready either. While people can get a tax break on the cost of an electric car, solar panels or heat pump, rebates for low- and middle-income Americans seeking to make their homes more energy efficient are not yet available. The Energy Department is still developing the system to distribute that money.

Cecilia Muñoz, director of the White House Domestic Policy Council in the Obama administration, said she learned in her tenure that it's critical for government to invest in the delivery of policies.

"Too often we as advocates and policymakers applaud when policy gets enacted and then stop paying attention," she said. Instead, they need to design ways to target people directly to help them "understand the steps that they can take and the ways that the government is going to make it easy."

The Energy Department has begun releasing information to states about their allotment of $9 billion to support household energy upgrades, including weatherizing homes and installing heat pumps.

And Biden, a self-described "car guy," has been doing his part to promote electric vehicles, making appearances at the Detroit car show in September and on the TV series "Jay Leno's Garage.''

Donnel Baird, founder and CEO of BlocPower, a Brooklyn, N.Y.-based company that partners with utilities, government agencies and building owners to improve energy efficiency, has worked with Lowe's and other retailers to promote green appliances.

The idea, Baird said, is that "the checkout person says, 'You know, you can get a tax credit if you don't get that gas lawn mower and get a green one instead.'" While such engagement may not have immediate results, Baird said he's confident the tax credits and other benefits of the climate law will become better known.

"It took years for the ACA to get going," he said, referring to the Affordable Care Act, also known as Obamacare. "I think the same thing could happen with this law."

"The ACA got more popular the more that Republicans tried to repeal it," he said, suggesting that Biden take advantage of any Republican efforts to roll back to the Inflation Reduction Act to draw more attention to the law's benefits.

"I have no doubt the White House has thought of all of this," Pfeifer said. But the problem is that none of it is easy."

He added: "The bulk of the work starts now."

Cities With the Highest Utility Bills

Cities With the Highest Utility Bills

Small and midsize metros with the highest utility bills

The new proposal was released on Jan. 6 and seeks to reduce the air pollutant known as soot by up to 25 percent. Also referred to as fine part… 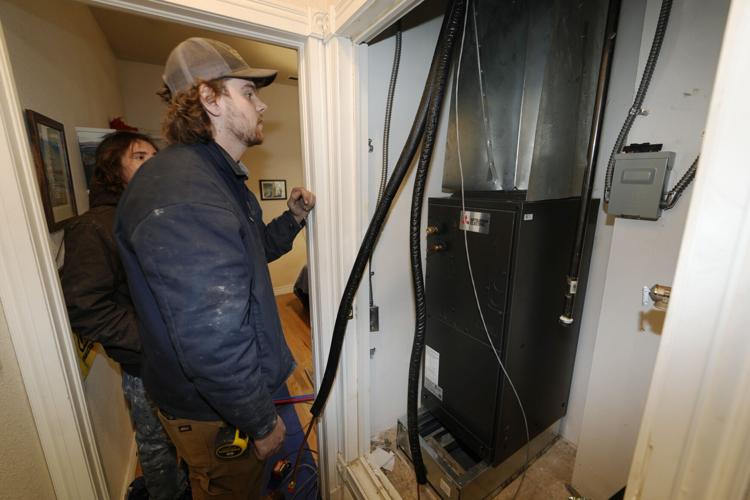 John Paul, front, and David Valenzuela work to install a heat pump in an 80-year-old rowhouse Jan. 20 in northwest Denver. 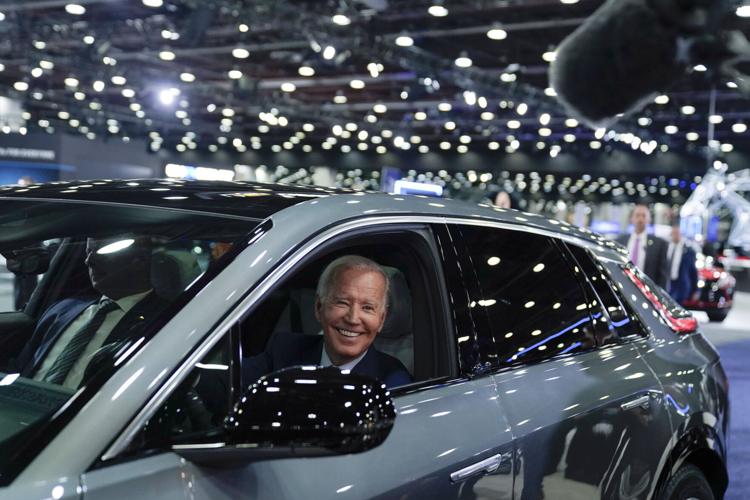 President Joe Biden drives a Cadillac Lyriq through the showroom during a tour Sept. 14 at the Detroit Auto Show in Detroit. To achieve his climate goals, Biden must persuade Americans to buy millions of electric cars, heat pumps and solar panels.