FORT LAUDERDALE, Fla. (AP) — When Jose Andres first came to New York City, the wide-eyed sailor in the Spanish navy docked on West 30th Street full of ambition. Decades later, the award-winning chef has an upscale food hall on that very street and will serve 40,000 meals this week across the city where he built his dreams, and which is now the U.S. epicenter of the coronavirus.

Andres, whose restaurants in the United States include The Bazaar, Jaleo and the two Michelin-starred Somni, founded World Central Kitchen in 2010. It has served over 15 million meals worldwide after hurricanes, wildfires and other disasters.

Since the pandemic, his organization has served more than 750,000 meals from Miami and Los Angeles to Little Rock, Arkansas and Fairfax, Virginia. It works out of places like libraries, food trucks and shuttered restaurants, feeding 125 hospitals, students in school lunch programs and even quarantined cruise ship passengers.

Andres has amassed an A-list network around the world, relying on celebrity chef pals including Rachael Ray, Guy Fieri and Marcus Samuelsson to to feed the hungry and buoy the humble restaurant kitchens across America where many started their careers.

Samuelsson's Miami restaurant hasn't opened to the public yet, but instead of leaving it empty, he turned it over to World Central Kitchen. They are serving sandwiches and salads there to laid-off hospitality workers, homeless residents and Uber drivers.

Andres was among the first to close his restaurants in Spain, hoping to create a blueprint for chefs around the world on how to use their restaurants and employ workers while feeding the hungry.

“This operation is growing every day," he said. “We want to put America to work in the process of feeding America."

In California, Fieri is on standby, ready with a 48-foot-long rescue kitchen and support team. “Guy is ready to go," Andres said. “This is like war. You need to have troops ready for action."

Fieri compared his longtime friendship with Andres and other famous chefs to “playing in a band.

“When you hang out with generous, philanthropist warlords like Jose Andres, all you want to do is go bigger, go better," said Fieri, who cooked alongside Andres during last year's California wildfires.

In the early days of the outbreak, Fieri, the TV host of “Diners, Drive-Ins and Dives," also wanted to do more. He bought $50,000 in gift cards to support local restaurants. He sent dozens of personalized videos to CEO's from big food companies seeking donations.

His Restaurant Employee Relief Fund quickly raised $10 million, with a goal of raising $100 million, to offer $500 grants for laid-off workers. The first checks were handed out last week.

“As diners, we’re always the ones asking restaurants for help… We ask the servers to take special care of our tables, the bartenders to listen to our stories and the bussers to clean up our messes," Fieri said. He described the program as “a big warm blanket, as if to say, ‘hey, we got you, it’s our turn to help you for once.’"

Ray announced a $4 million donation Tuesday from her two charities. Half will go to feeding and nutritional programs, including World Central Kitchen. The other half will support animal rescue, feeding and veterinary programs.

“We are not a disaster relief fund by origin or desire but that’s what we’ve become quite frankly in the last couple of years," she told The AP in a phone interview.

Andres' organization is one of the largest recipients.

“He’s just there around the clock all over the planet and I love Jose. I’m so devoted to him," Ray said from her home in upstate New York.

In Minnesota, Chef Andrew Zimmern was among the first there to shutter his restaurants, fearing for his workers' safety. Next, he cobbled together the Independent Restaurant Coalition, hiring lobbyists to be a voice in Washington for restaurants, especially mom-and-pop ones. He noted that such restaurants are many people’s first jobs, as teens, and are top employers of single moms and those transitioning from prison.

“We can’t fail. (Restaurants) have to be open and ready to welcome their workers back," said Zimmern. “If we can’t do that, it will be an economic and humanitarian cultural catastrophe."

Coronavirus scams: How to guard against fraud cures and other cons

Pence tells US food workers 'do your job' amid virus

Trump paid no US income tax 10 of past 15 years, tax records show

Trump paid $750 in taxes in 2016 and again in 2017, but paid no tax most years, according to a report Sunday in The New York Times. A lawyer for Trump called the report inaccurate.

Hours after a Kentucky grand jury brought no charges against Louisville police for Breonna Taylor's death, authorities said two officers were shot and wounded during protests expressing anger over the killings of Black people at the hands of police.

President Donald Trump plans to pick Amy Coney Barrett to be the new Supreme Court justice, according to multiple senior Republican sources with knowledge of the process.

Grand jury indicts 1 police officer in Breonna Taylor case; not for her death

A Kentucky grand jury on Wednesday indicted a single former police officer for shooting into neighboring apartments but did not move forward with charges against any officers for their role in Breonna Taylor’s death.

CHICAGO (AP) — Although Amy Coney Barrett is the president’s choice to replace Justice Ruth Bader Ginsburg, she is more aptly described as hei…

Barrett briefing: What you'll want to know about Trump's pick for the US Supreme Court

Find out more about federal Judge Amy Coney Barrett, her legal history, and what comes next on the path toward confirmation as the third justice named by President Trump.

Barrett on record: Find out where court nominee stands on issues that matter to you

Amy Coney Barrett is Trump’s choice to replace Justice Ruth Bader Ginsburg, but she is more an heir to conservative hero and former justice Antonin Scalia. Find out why here.

Grand jury indicts 1 police officer in Breonna Taylor case; not for her death

A Kentucky grand jury on Wednesday indicted a single former police officer for shooting into neighboring apartments but did not move forward with charges against any officers for their role in Breonna Taylor’s death.

A doctor summed up: "It's not just a number. It's human beings. It's people we love." See where the virus has spread in maps and charts covering our state and nation.

The Missouri law includes a provision that prohibits a woman from having an abortion because the fetus has Down syndrome. 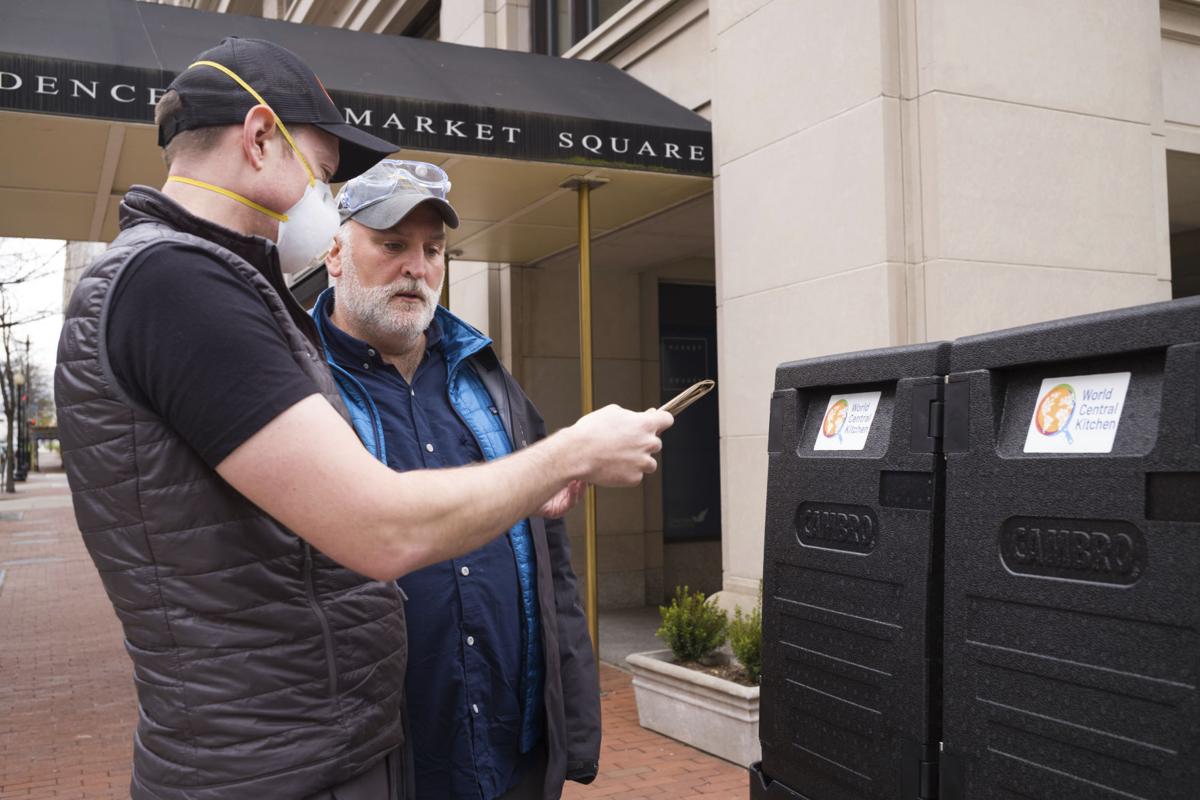 In this March 31, 2020, photo made available by World Central Kitchen, Chef Jose Andres, right, and Nate Mook discuss meal distribution to first responders in Washington, D.C. Andres, whose 30-plus restaurants in the US include The Bazaar, Jaleo and the two Michelin-starred Somni, founded World Central Kitchen in 2010, serving over 15 million meals worldwide after hurricanes, wildfires and other disasters. Since the Coronavirus pandemic, his organization has served more than 750,000 meals. 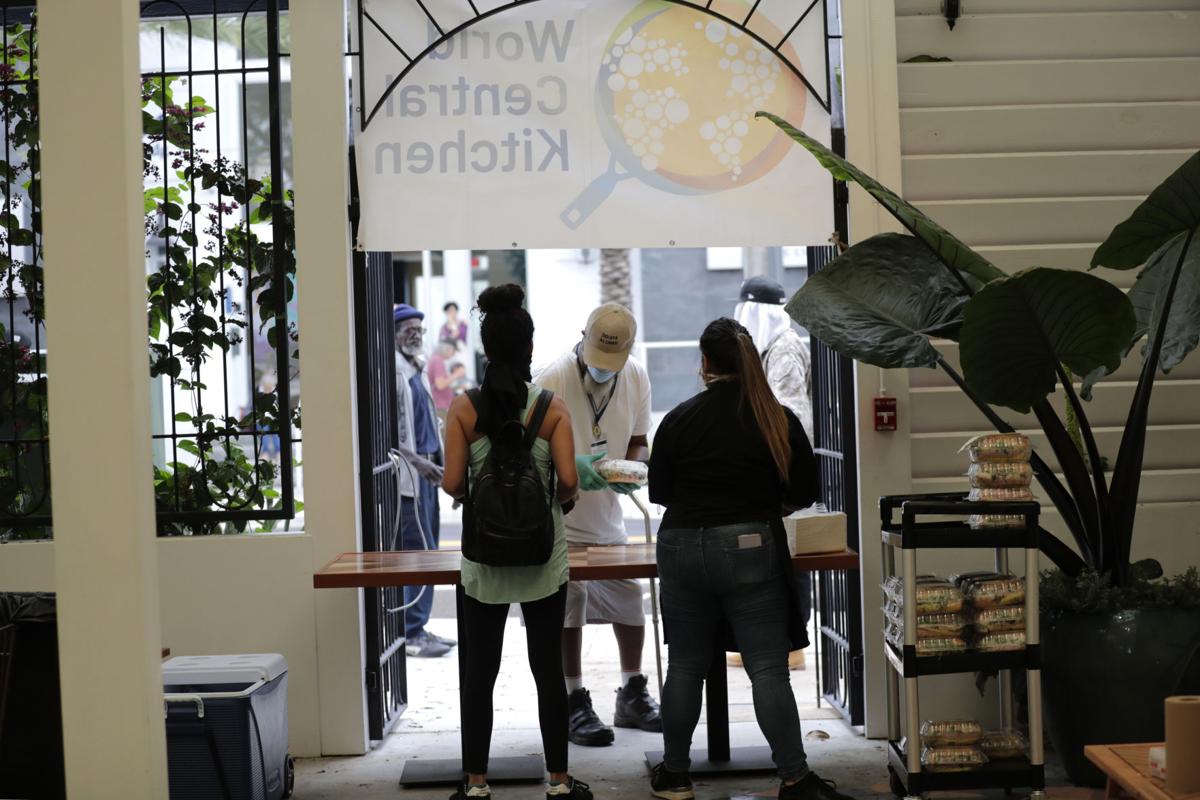 A man wearing a protective mask picks up a free meal offered at Marcus Samuelsson's Red Rooster Restaurant in the Overtown neighborhood of Miami. Samuelsson has partnered with chef Jose Andres' World Central Kitchen to distribute meals to those in need. 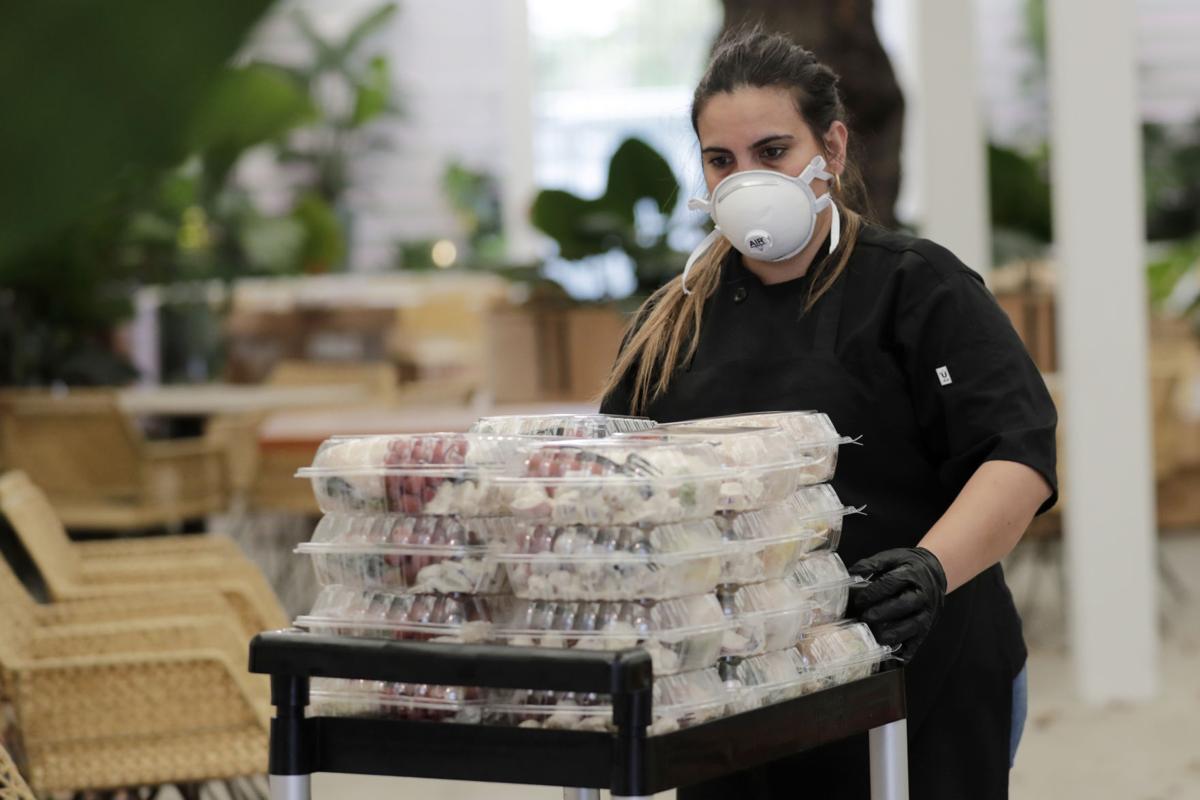 Chef Liset Garcell prepares to give out free meals to those affected by the new coronavirus pandemic at Marcus Samuelsson's Red Rooster Restaurant.