World Series: Follow updates as Dodgers and Rays face off in Game 3

How poor regions lose out because of U.S. census undercounts
0 comments
Share this
Subscribe for $1 a month

ESPANOLA, N.M. — Getting an accurate count of America’s population has proven difficult in the 2020 Census as the coronavirus pandemic has hampered voluntary responses and forced officials to scale back door-knocking efforts.

The administration of President Donald Trump has placed other hurdles on the path to an accurate count. Its attempt to add a question about citizenship to the census earlier this year likely discouraged undocumented immigrants from filling out the survey, even though the administration’s effort failed, demographics experts say. Local officials nationwide worry about the impact of undercounts on their communities.

“This is going to be the worst response rate we’ve ever had,” said Lauren Reichelt, Health and Human Services Director for Rio Arriba County, New Mexico.

Rio Arriba is typical of other regions across the United States that are hardest to count — and have the most to lose from an undercount. It’s poor, rural and home to many undocumented immigrants. Low population tallies can rob such areas of badly needed federal dollars for affordable housing and child care, for instance, or resources to fight America’s opioid epidemic, according to local officials in some of the most undercounted regions in the last census, taken in 2010.

On Tuesday, the U.S. Supreme Court allowed the Trump administration to wind down the census a month earlier than originally planned — a blow to civil rights groups concerned about undercounts, particularly of racial minorities.

The justices put on hold a lower court ruling that had ordered the Census Bureau to continue the population count until Oct. 31. The lawsuit — filed by major cities and counties, along with civil rights groups — argued that the “rushed” schedule would lead to “a massive undercount of the country’s communities of color.”

This year, as in the past, high-poverty communities are among the hardest to count, said Terri Ann Lowenthal, a consultant on census and statistical issues and former congressional staffer overseeing census matters.

“Persistent undercounting in communities that would benefit most from targeted public and private investment makes it harder to address the very barriers that contribute to a less accurate census,” said Terri Ann Lowenthal, a consultant on census and statistical issues and former congressional staffer overseeing census matters.

The bureau won't tell the city which neighborhoods are missing from this year's count.

The Census Bureau and the White House declined to comment for this story.

The Bureau is nearing the end of the 2020 edition of the decennial count, which will guide the allocation of $1.5 trillion a year in federal aid. The census is also a linchpin of American democracy because the population counts are used to determine the number of Congressional representatives assigned to a state and to draw maps of electoral districts.

Some of the hardest-to-count regions in the last census might be even harder to survey this year as the country reels from the coronavirus pandemic, according to a Reuters analysis of Census data. They include border areas in Texas, the lowlands of Mississippi and the northern plains of New Mexico.

Rio Arriba officials estimated they were undercounted by 4% in 2010, after only 42% of households mailed back their census forms voluntarily. That compared to 66.5% of households that responded by mail nationally, according to Census data.

The bureau sent door-knockers to get more responses, but still had to use a Census process called imputation to estimate residency for 9.6% of Rio Arriba’s count, a far larger proportion than the national average.

Officials in the county say an accurate count would have helped narrow funding gaps that leave it without enough medicine, detox clinics, housing and other support to fight one of the community’s biggest problems: an opioid epidemic that kills people at a rate more than four times the U.S. average, according to government data.

The current U.S. Census shows no signs of reversing the trend. Rio Arriba’s voluntary response rate is running at 32%, 10 points below its 2010 rate and less than half the overall U.S. rate of 67%.

It is impossible to know exactly how much funding is lost due to an undercount, says George Washington University professor Andrew Reamer, the nation’s foremost expert on the relationship between the census and federal spending. That would require knowing exactly how many people were missed and which government programs would have served them.

Officials in Rio Arriba agree they were entitled to more federal funds for programs to address a local opioid crisis.

“A lot of the funding for my department is federal, so we end up being entitled to a lot less than we should when there’s an undercount,” said Reichelt.

The $3.4 million her department received in 2020 to fight addiction is spread thin, and even a relatively modest increase could make a big difference. The county can’t afford to build a detox center, and patients wait for weeks to get suboxone, a drug that reduces withdrawal symptoms, Reichelt said.

The Rio Arriba County Housing Authority, meanwhile, manages 54 public housing units, and assists another 25 families with rent vouchers. But the wait lists can be as long as five years, according to Reichelt.

Joey Garcia, a 32-year-old heroin addict who has been in and out of jail on drug charges, said he has struggled to get straight while on waiting lists for both subsidized housing and suboxone treatment.

The Rio Grande Valley in south Texas is a political netherworld. North of the border but south of immigration checkpoints, its four counties — Hidalgo, Cameron, Starr and Willacy — include informal communities known as colonias, often heavily populated with undocumented immigrants.

In Hidalgo, officials estimate they were undercounted by at least 10% in 2010, after just 56% of the population responded voluntarily. The Census Bureau estimated a more modest 5.4% undercount.

Either way, the undercounts reduced funding to the area’s Head Start and Low Income Heating and Energy Assistance (LIHEAP) programs, which cover only a fraction of eligible residents.

In Pueblo de Palmas, a colonia in Hidalgo County, Cristina, 35, qualifies for government-funded Head Start childcare for her four children, but only one was admitted. She asked that only her first name be used because she is an undocumented immigrant.

Both LIHEAP and Head Start are underfunded in the county. The former has a budget of $6 million, enough to serve 3-4% of qualifying households, says Jaime Longoria, the region’s community services director.

Head Start, which relies on population data to decide where to expand programs, can serve 3,700 kids in Hidalgo out of 22,000 who qualify, said Teresa Flores, the local Head Start director. An accurate count would help cover some of that gap, she said.

Cristina and her neighbor, Maria — also undocumented — both said they couldn’t remember filling out a census form in 2010 and that they were afraid to do so this year.

“I’m nervous someone will come to my house and take me away,” Maria said.

In central Mississippi, voluntary participation in the 2010 census ranged between 45% and 60%. The rate in these areas so far this year is similar, according to Census data.

More than 112,000 Mississippi families are poor enough to qualify, but the program only has enough money to grant 20,000 to 25,000 vouchers, said Carol Burnett, who runs the nonprofit Mississippi Low Income Childcare Initiative.

Mississippi’s allotment under the Child Care and Development Block Grant that funds the program was $91.8 million in fiscal year 2019. An extra 1% of that total statewide — about $918,000 — could potentially serve hundreds more parents across the state, Burnett said, as the vouchers cover around $5,700 a year in expenses.

Tanisha Womack, 35, runs three daycare centers in Simpson and Smith counties, two of several counties in Mississippi that were among the hardest to count nationwide in 2010, according to the Reuters data.

Womack is certified to care for 152 children, but has just 72 children enrolled, she said, because many qualifying parents have been denied vouchers.

Actor Sam Elliott lent his voice to a Joe Biden campaign video that aired during the World Series Tuesday and became a Twitter magnet. See the ad and responses to it.

President Donald Trump posted video of interviews that he and Vice President Mike Pence gave to “60 Minutes” before its broadcast this weekend.

"That's a lot of jet fuel just to do a little flyover," Aikman is heard saying in a video clip. He later clarified.

Who's ahead, Trump or Biden? See the latest polls from battleground states

Find out how Trump and Biden are faring in the states likely to decide Election 2020 with this rundown of statewide polls in 14 states, updated daily.

Emily Edson, 39, was sentenced last week to four years for each of three counts of sexual misconduct with a child and one count of promoting child pornography. The sentences will be surved at the same time.

The commission decided to make the change after the first debate descended into chaos.

In Pennsylvania, the state Democratic Party and its allies had sought an extension of the Election Day deadline to count mailed ballots. The court next weighs a similar issue in Wisconsin.

Trump, Biden fight over the raging virus, climate and race

NASHVILLE, Tenn. (AP) — President Donald Trump and Democratic challenger Joe Biden fought over how to tame the raging coronavirus during the campaign's closing debate, largely shelving the rancor that overshadowed their previous face-off in favor of a more substantive exchange that highlighted their vastly different approaches to the major domestic and foreign challenges facing the nation.

SEDALIA, Mo. (AP) — A 1-year-old boy has drowned in a private pond in western Missouri. 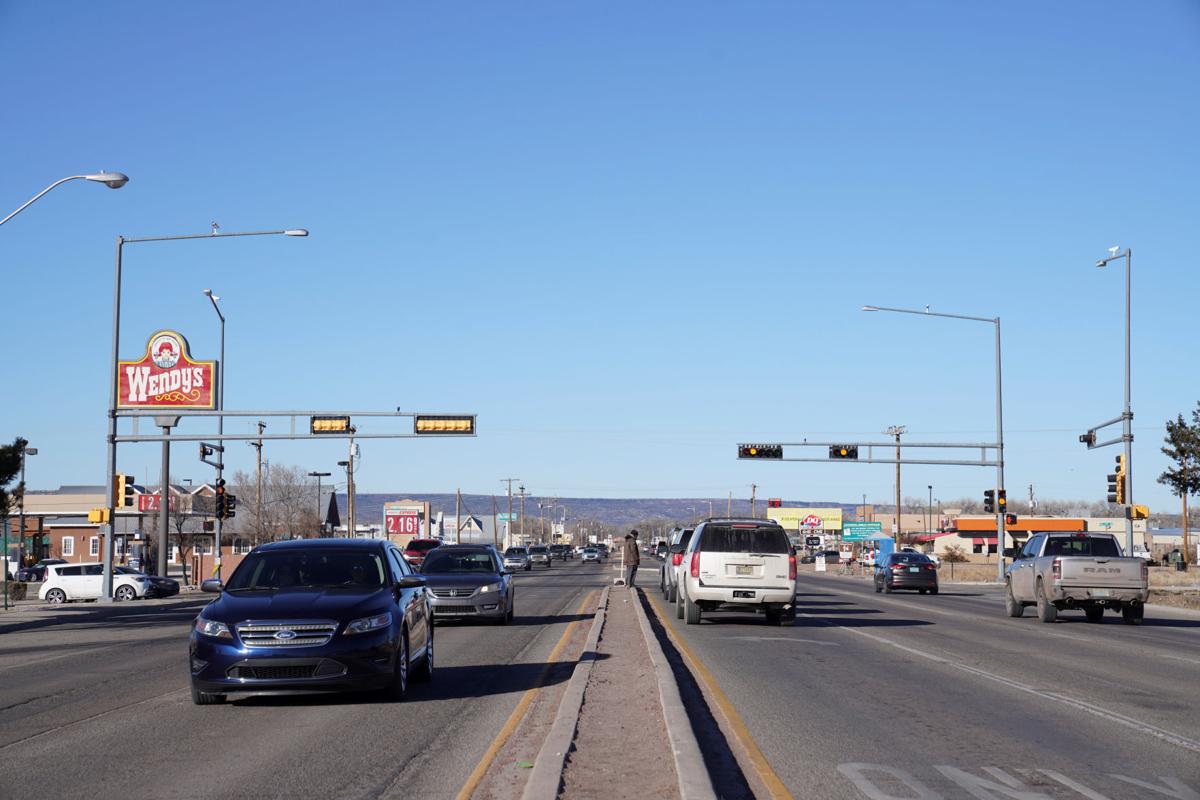 A view of streets in a town that is likely to be undercounted in the census, in Espanola, New Mexico, on Jan. 11, 2020. REUTERS/Veronica G. Cardenas 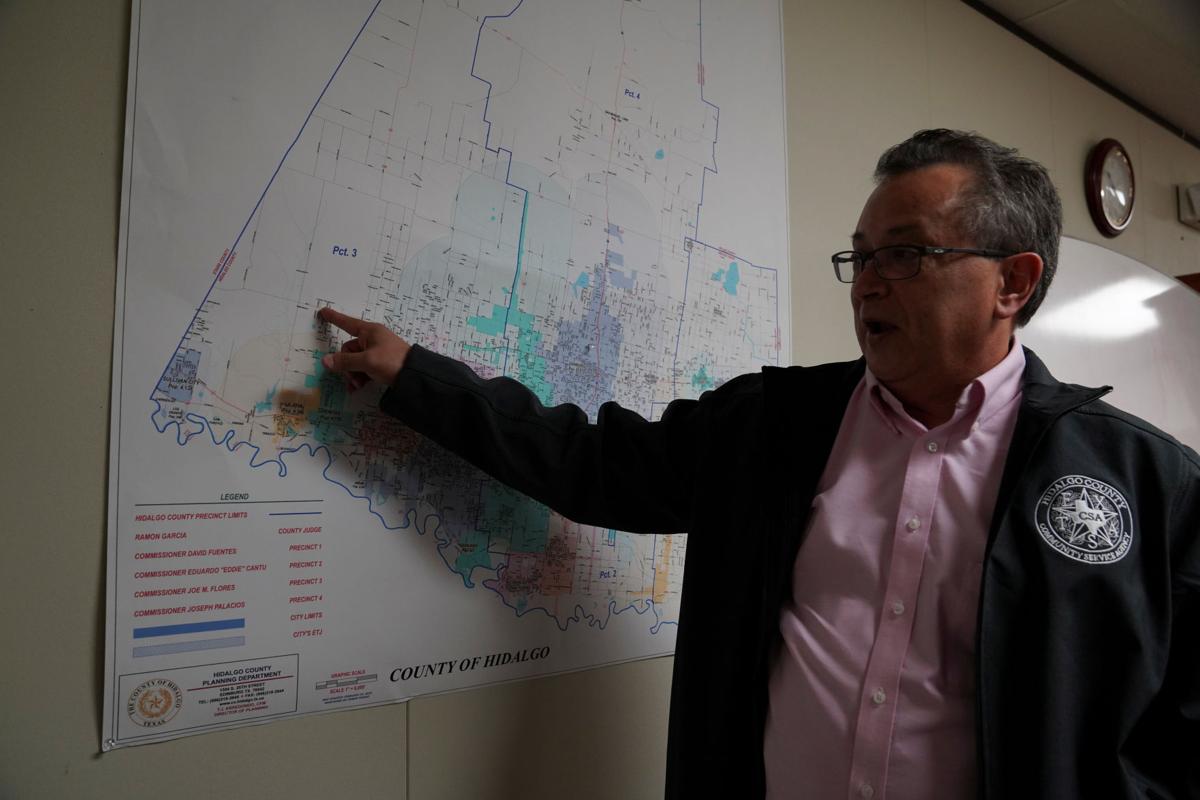 Jaime Longoria, executive director of Hidalgo County Community Services Agency, talks about the areas in Hidalgo County that would likely to be undercounted in the census, in his office in Edinburg, Texas, on Dec. 10, 2019. REUTERS/Veronica G. Cardenas 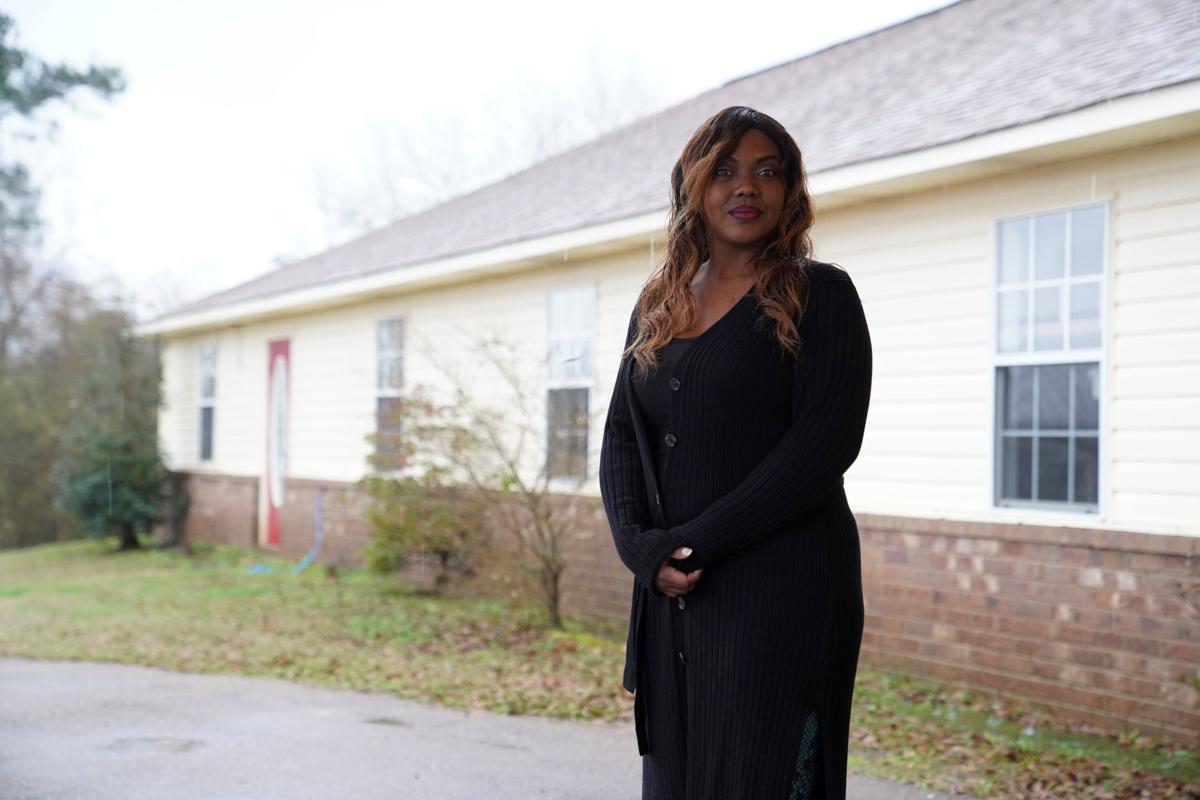 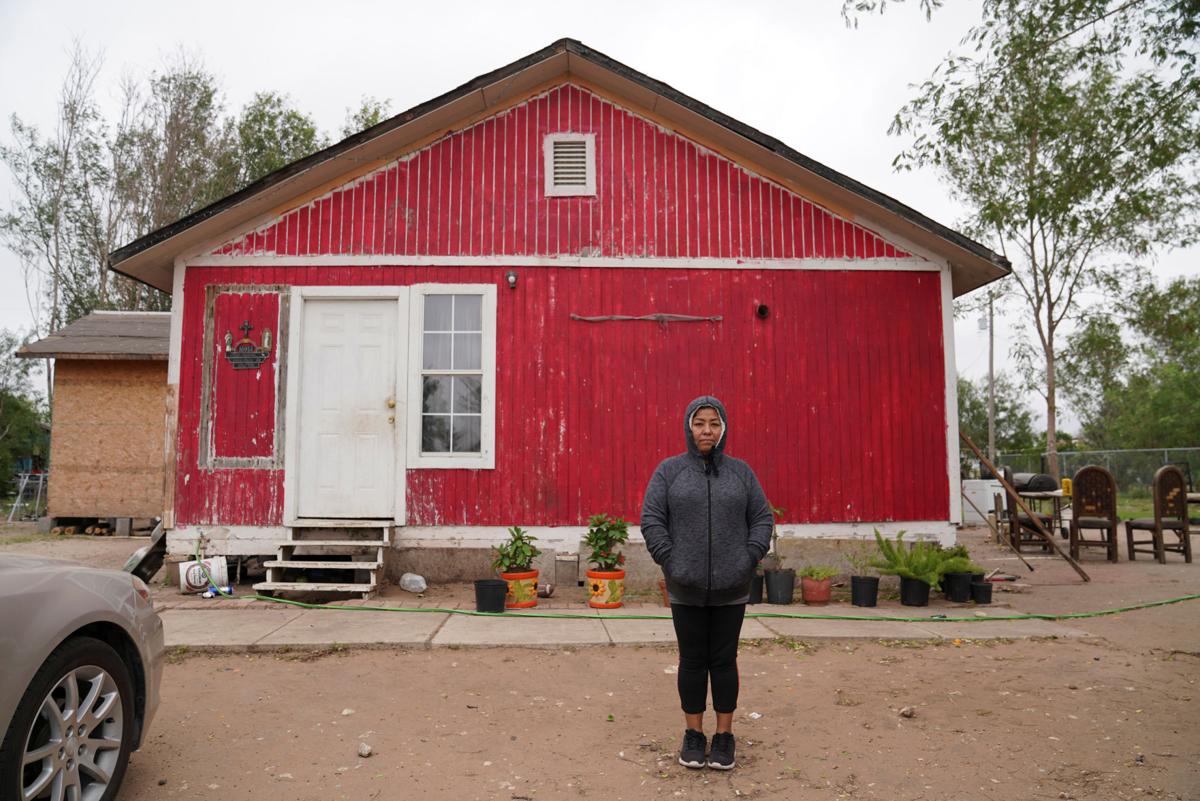 Maria, last name withheld, 47, poses for a photo in her home in Pueblo De Palmas, a town that is likely to be undercounted in the census, in Hidalgo County, Texas, on Dec. 10, 2019. REUTERS/Veronica G. Cardenas 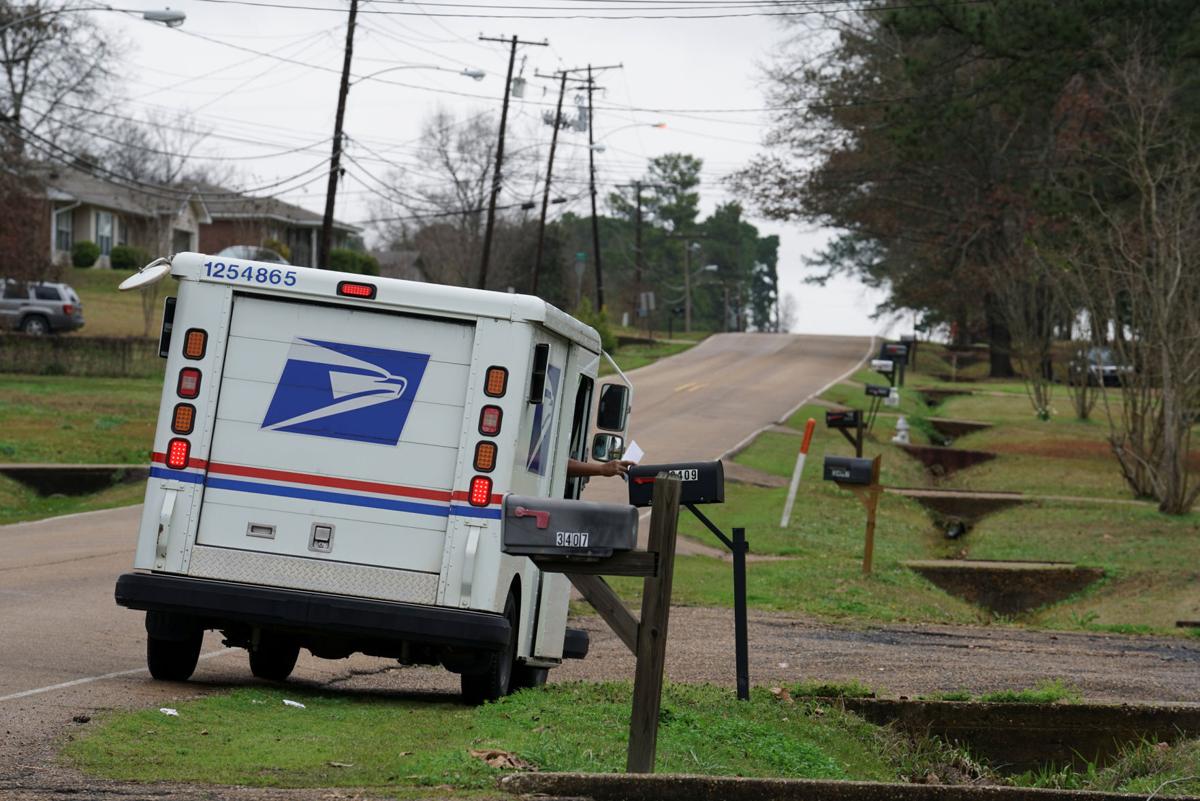