BALTIMORE — Rombauer left Medina Spirit behind — and put horse racing’s latest controversy on the back burner.

Little-known Rombauer sprung an 11-1 upset to win the Preakness on Saturday, passing Bob Baffert's Kentucky Derby winner to end a potential Triple Crown bid that would have carried a giant asterisk.

Medina Spirit finished third and will not go on to the Belmont with a Triple Crown on the line and a potential Derby disqualification hanging over the sport.

Baffert was not present at Pimlico Race Course, opting to stay away because of the controversy surrounding Medina Spirit, who tested positive for the steroid betamethasone in post-Derby testing. He said in a spotlight-stealing statement hours before the race: “Today is not about Bob Baffert. Instead it is about Medina Spirit and all of the other equine athletes in our tremendous sport.”

All the focus nonetheless was on 2-1 favorite Medina Spirit, Baffert and his other Preakness runner, Concert Tour, who went off at 4-1. Medina Spirit was passed for the first time in his career by Rombauer, who won by 3 1/2 lengths over second-place Midnight Bourbon.

“I had to come out running to get my position,” said Medina Spirit jockey John Velazquez, who fell to 0 for 11 in the Preakness. “I knew that he was going to be pressed today. I was hoping that he wouldn’t overdo it, and we did.”

Concert Tour was a disappointing ninth in a 10-horse field.

Maryland racing officials required Concert Tour and Medina Spirit to undergo additional testing and monitoring as conditions to run in the Preakness. Those three rounds of tests came back Friday, clearing them to race. None of the other horses were subject to that level of scrutiny, which came out of the situation at Churchill Downs and Baffert's four other medication violations over the past 13 months with other horses.

“He broke as expected and I thought he put enough pressure on Medina Spirit to make it a horse race and then he ended up second,” Midnight Bourbon trainer Steve Asmussen said. "He showed up. He's improving. And he's not there yet, all at the same time.”

Midnight Bourbon was sixth in the Kentucky Derby behind Medina Spirit, whose victory still hangs in the balance with a second test yet to be analyzed. It's unclear how long that will take.

Trainer Michael McCarthy won a Triple Crown race for the first time and captured the Preakness before Hall of Famer Todd Pletcher, for whom he worked as an assistant before opening his own barn. Pletcher gave McCarthy a bear hug after the race.

Rombauer is owned by John and Diane Fradkin, a far cry from Medina Spirit’s Zedan Racing Stables and other horse racing conglomerates. He won for the third time in seven starts.

McCarthy choked back tears while talking about everyone involved with Rombauer.

“Means a lot to be here, participate on a day like this,” he said. “Happy for the Fradkins. Just goes to show you that small players in the game can be successful, as well.”

Rombauer busted the bias of horses hugging the rail on the dirt at Pimlico Race Course all day, going past Midnight Bourbon and Medina Spirit down the stretch and winning by 3 1/2 lengths.

Jockey Flavien Prat won the Preakness two years after being elevated to the Derby winner aboard Country House when Maximum Security was disqualified.

Croatian town offers houses for less than a dollar

Croatian town offers houses for less than a dollar

The second baby for the Duke and Duchess of Sussex is officially here: Meghan gave birth to a healthy girl on Friday: Lilibet “Lili” Diana Mountbatten-Windsor.

A unanimous Supreme Court ruled Monday that thousands of people living in the U.S. for humanitarian reasons are ineligible to apply to become permanent residents.

The DOJ under Trump seized records from House Dems; Netanyahu lashes out as rule nears end; Florida supermarket shooting. Plus, the weekend forecast, birthdays and more.

The FDA on Monday approved the first new drug for Alzheimer's disease in nearly 20 years, disregarding warnings from independent advisers.

A Senate investigation of the Jan. 6 insurrection at the U.S. Capitol has uncovered broad government, military and law enforcement missteps before the violent attack.

Swaths of internet down after outage at cloud company

Numerous websites, including the New York Times, CNN and Twitch, were unavailable Tuesday after an apparent widespread outage at the cloud service company Fastly.

Many of the uber-rich pay next to no income tax, ProPublica finds

The richest 25 Americans pay less in tax than many ordinary workers do, once you include taxes for Social Security and Medicare, ProPublica found. 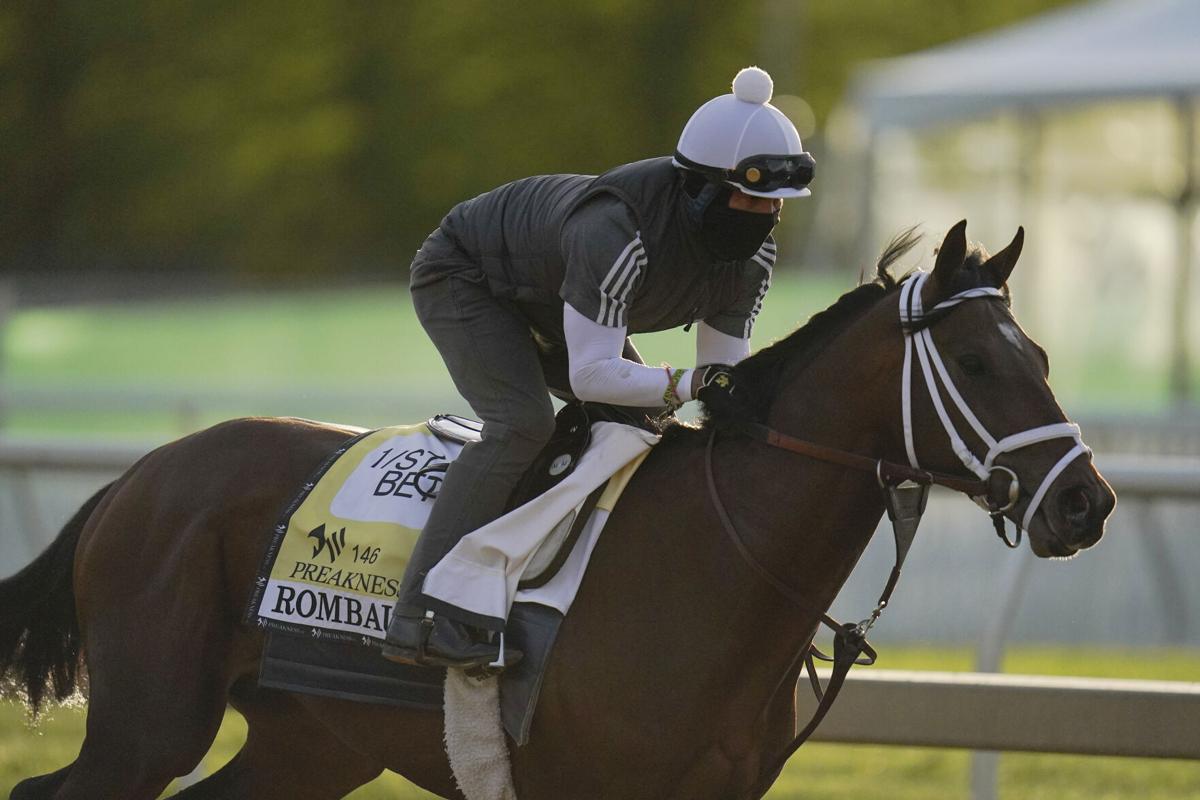 Rombauer won the Preakness on Saturday, denying Kentucky Derby winner Medina Sprint the chance at a Triple Crown that would have come with a giant asterisk. 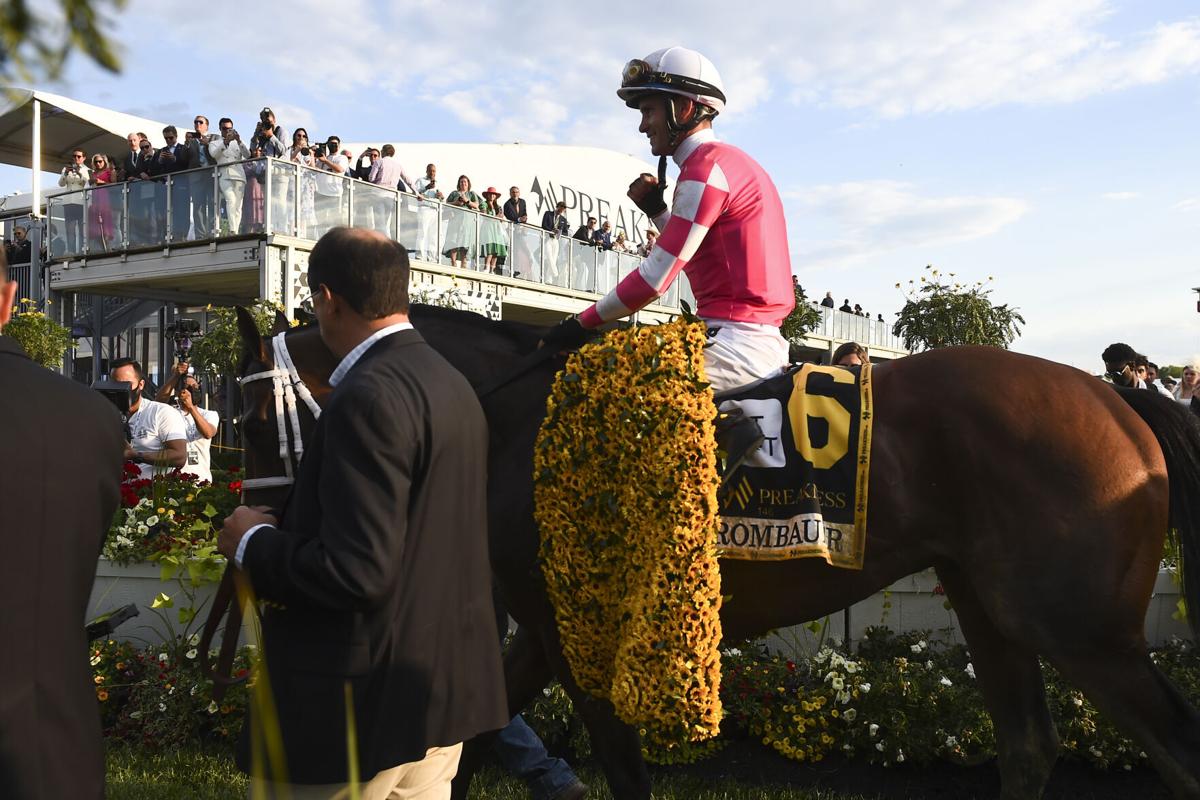