Extreme weather events in 2021 shattered records around the globe. Hundreds died in storms and heat waves. Farmers struggled with drought, and in some cases with locust plagues. Wildfires set new records for carbon emissions, while swallowing forests, towns and homes.

Many of these events were exacerbated by climate change. Scientists say there are more to come — and worse — as the Earth’s atmosphere continues to warm through the next decade and beyond.

Here are some of the events Reuters witnessed over the past year:

Scientists have not reached a conclusion on whether climate change caused the extreme weather, but the warming of the Arctic is causing more unpredictable weather around the globe.

February — Kenya and other parts of East Africa battled some of the worst locust plagues in decades, with the insects destroying crops and grazing grounds. Scientists say that unusual weather patterns exacerbated by climate change created ideal conditions for insects to thrive.

March — Beijing’s sky turned orange and flights were grounded during the Chinese capital’s worst sandstorm in a decade.

Busloads of volunteers arrive in the desert each year to plant trees, which can stabilize the soil and serve as a wind buffer. Scientists predict climate change will worsen desertification, as hotter summers and drier winters reduce moisture levels.

June — Nearly all of the western United States was gripped by a drought that emerged in early 2020. Farmers abandoned crops, officials announced emergency measures, and the Hoover Dam reservoir hit an all-time low.

By September, the U.S. government confirmed that over the prior 20 months, the Southwest experienced the lowest precipitation in over a century, and it linked the drought to climate change.

June — Hundreds died during a record-smashing heat wave in the U.S. and Canadian Pacific Northwest, which scientists concluded would have been “virtually impossible” without climate change.

July — Catastrophic flooding killed more than 300 people in central China’s Henan province when a year’s worth of rain fell in just three days.

Meanwhile in Europe, nearly 200 people died as torrential rains soaked Germany, Belgium and the Netherlands. Scientists concluded that climate change had made the floods 20% more likely to occur.

July — A record heat wave and drought in the U.S. West gave rise to two massive wildfires that tore through California and Oregon and were among the largest in the history of both states.

Scientists say both the growing frequency and the intensity of wildfires are largely attributable to prolonged drought and increasing bouts of excessive heat from climate change.

July — Large parts of South America are suffering from a prolonged drought. While Chile is enduring a decadelong megadrought linked to global warming, this year Brazil saw one of its driest years in a century.

In Argentina, the Parana, South America’s second-longest river, fell to its lowest level since 1944.

Around the globe, heat waves are becoming both more frequent and more severe.

August — In the Mediterranean, a hot and dry summer fanned intense blazes that forced thousands of people to evacuate their homes in Algeria, Greece and Turkey.

The fires, which killed two people in Greece and at least 65 in Algeria, struck amid an intense heat wave, with some places in Greece recording temperatures of over 46 Celsius (115 Fahrenheit).

Late August — Nearly all the world’s mountain glaciers are retreating due to global warming. In the Alps, Swiss resort employees laid protective blankets over one of Mount Titlis’s glaciers during the summer months to preserve what ice is left.

Switzerland already has lost 500 of its glaciers, and could lose 90% of the 1,500 that remain by the end of the century if global emissions continue to rise, the government said.

August-September — Hurricane Ida, which hit Louisiana as a Category 4 storm, killed nearly 100 people in the United States and caused an estimated $64 billion in damage, according to the NOAA National Centers for Environmental Information.

Climate change is strengthening hurricanes, while also causing them to linger longer over land — dumping more rain on an area before moving on. Studies also suggest these storms are becoming more frequent in the North Atlantic.

September — Infrastructure and homes in Russia are increasingly in peril as underground permafrost melts and deforms the land underneath them.

Permafrost was once a stable construction base, in some regions staying frozen as far back as the last Ice Age. But rising global temperatures threaten the layer of ice, soil, rocks, sand and organic matter.

November — The worst floods in 60 years in South Sudan have affected about 780,000 people, or one in every 14 residents, according to the U.N. refugee agency. Every year the county goes through a rainy season, but flooding has set records for three years in a row. The destruction will likely increase as temperatures rise, scientists say.

November — A massive storm dumped a month’s worth of rain over two days in the Canadian province of British Columbia, unleashing floods and mudslides that destroyed roads, railroads and bridges. It is likely the most expensive natural disaster in Canada’s history, although officials are still assessing the damage.

Meteorologists said the rain had come from an atmospheric river, or a stream of water vapor stretching hundreds of miles long from the tropics. Atmospheric rivers are expected to become larger — and possibly more destructive — with climate change, scientists say.

As planet warms, tornado alley has shifted into the Mississippi River Valley

Earth's inner core may have stopped turning and could go into reverse, study suggests

Scientists are weighing in on what it might mean.

Earth continues to warm. What does that mean for the oceans and people? | Across the Sky podcast

An ocean physicist with NASA talks about the warming climate’s impact and what that means for people living both near and far away from the water.

Google is laying off 12,000 workers, becoming the latest tech company to trim staff as the economic boom that the industry rode during the COVID-19 pandemic ebbs. The Silicon Valley giant’s CEO Sundar Pichai shared the news Friday in an email to staff that was also posted on the company’s news blog. He said that the company has hired for “periods of dramatic growth” over the past two years but that was a “different economic reality than the one we face today.” He said the layoffs reflect a “rigorous review” that Google carried out of product areas and functions.

A state lawmaker in Oregon is using thousands of pages of redacted documents he sought for more than a year to launch legislation demanding more accountability and oversight of a primate research facility with a long history of complaints. Incidents at the Oregon National Primate Research Center, associated with Oregon’s largest hospital, include one in which two monkeys died after being placed into a scalding cage-washing system. Other animals perished from neglect. The documents show workers have low morale, some have been drinking on the job, and dozens have complained about dysfunctional leadership at the federally funded facility.

What is the FAA's NOTAM? An aviation expert explains how the critical safety system works

Feds send $930 million to curb 'crisis' of US West wildfires

The Biden administration is directing $930 million toward reducing wildfire dangers in 10 western states by clearing trees and underbrush from national forests. The move announced Thursday comes as government officials have struggled to protect communities from destructive infernos being made worse by climate change. U.S. Agriculture Secretary Tom Vilsack warned that “draconian” budget cuts floated by some Republicans who control the U.S. House could undermine the Democratic administration’s ambitions to lower wildfire risks. The work is projected to cost up to $50 billion. Last year’s climate and infrastructure bills combined included about $5 billion for the task.

Newly discovered comet may be visible to naked eye this month

Comet C/2022 E3 is already visible in the Northern Hemisphere in predawn skies with the use of a telescope or binoculars.

22 of the biggest scientific discoveries of 2022

The year 2022 was an exciting one for science. Take a look at this list of 22 major scientific discoveries and innovations that happened in 2022.

Learn about the problems caused by coastal flooding and the potential solutions.

‘Like nothing we’ve seen before’: UK’s new poor forced to turn to food banks

‘Like nothing we’ve seen before’: UK’s new poor forced to turn to food banks

The reason Finland is always voted the happiest country

The reason Finland is always voted the happiest country

Russians lay flowers at monument as form of anti-war protest

Russians lay flowers at monument as form of anti-war protest 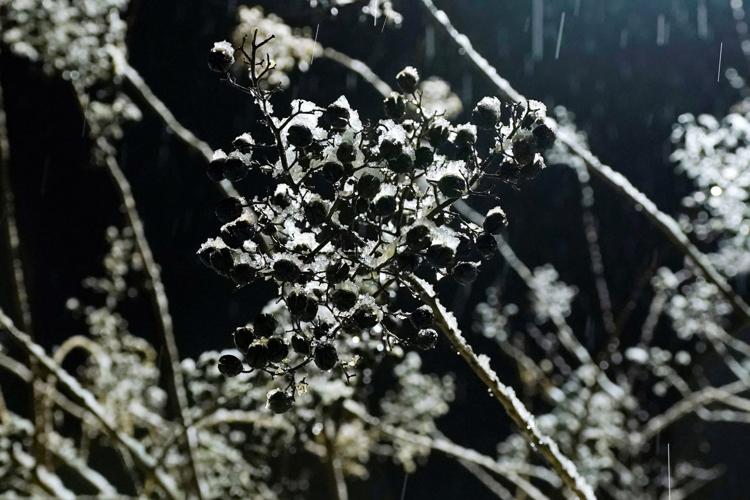 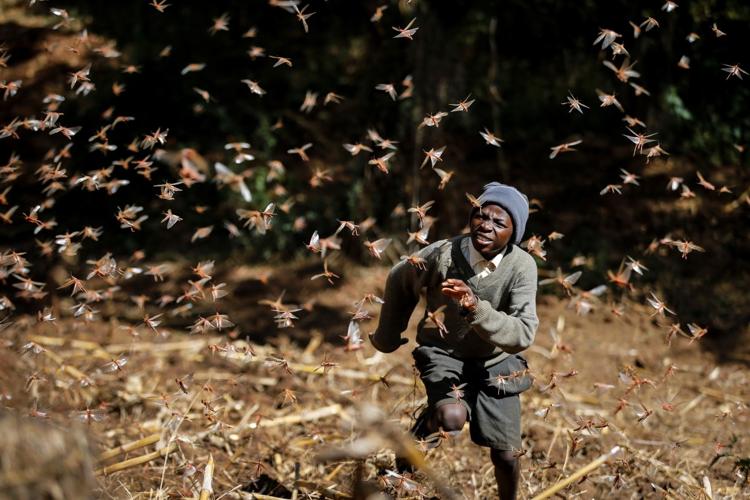 Stephen Mudoga, 12, the son of a farmer, chases away a swarm of locusts on his farm as he returns home from school, at Elburgon, in Nakuru county, Kenya Wednesday, March 17, 2021.  (AP Photo/Brian Inganga) 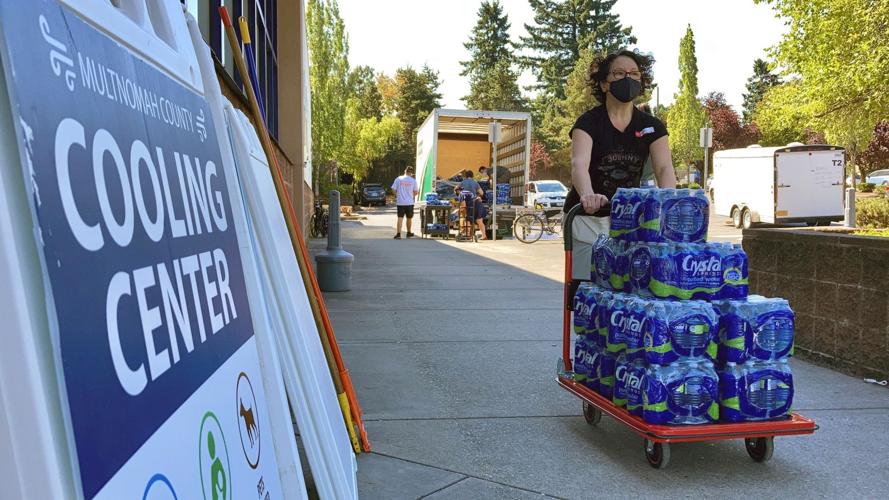 A volunteer helps set up snacks at a cooling center established to help vulnerable residents ride out the second dangerous heat wave to grip the Pacific Northwest this summer, on Wednesday, Aug. 11, 2021. (AP Photo/Gillian Flaccus) 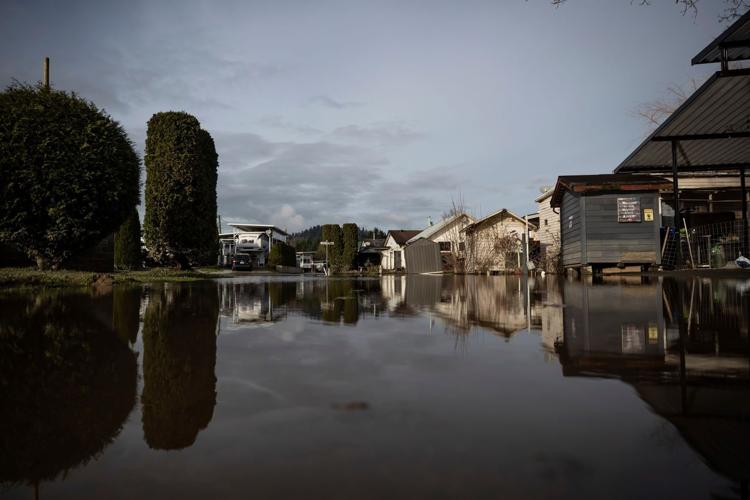 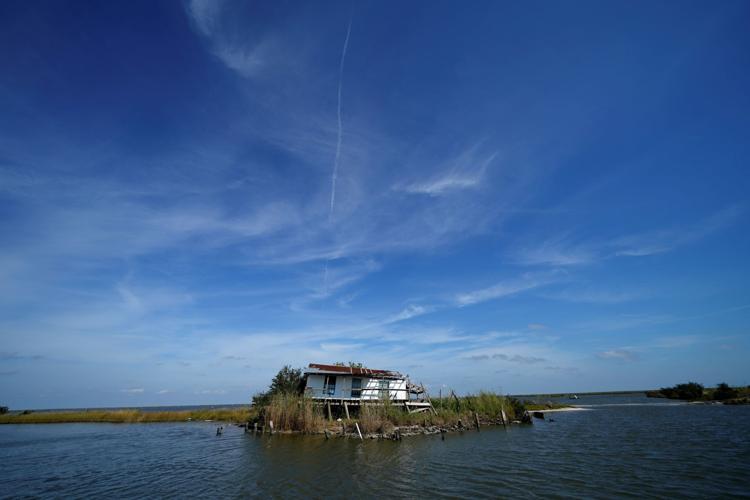 A camp heavily damaged by Hurricane Ida over the summer sits along shoreline that is retreating due to coastal erosion in Plaquemines Parish, La., Wednesday, Nov. 3, 2021.   (AP Photo/Gerald Herbert) 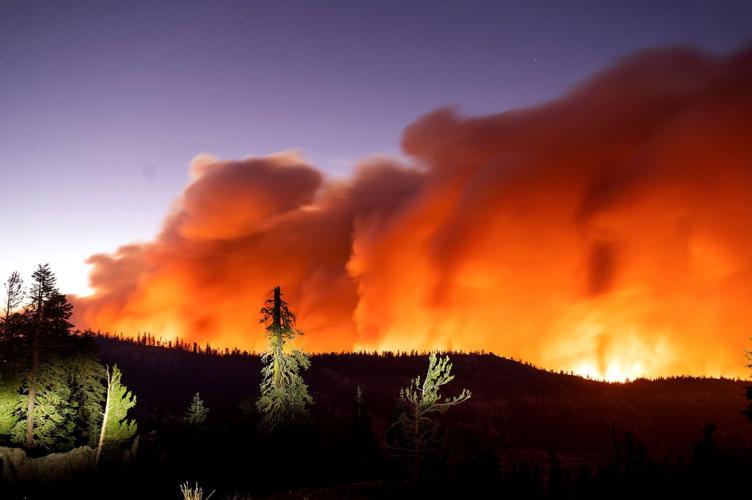