SAYA DE MALHA BANK, Indian Ocean — Hundreds of miles from the nearest shore, ribbon-like fronds flutter in the ocean currents sweeping across an underwater mountain plateau the size of Switzerland.

A remote-powered camera glides through the sunlit, turquoise waters of this corner of the western Indian Ocean, capturing rare footage of what scientists believe is the world’s largest seagrass meadow.

Human activity is helping destroy the equivalent of a soccer field of these seagrasses every 30 minutes around the world, according to the U.N. Environment Program. And scientists are now racing to take stock of what remains.

“There are a lot of unknowns — even things as simple as how much seagrass we have,” said Oxford University earth observation scientist Gwilym Rowlands, who is helping the Seychelles government map the island nation’s seagrass and estimate how much carbon it stores.

“If you look at the map data for seagrass, there are huge holes” in what we know.

Seagrasses play a large role in regulating ocean environments, storing more than twice as much carbon from planet-warming carbon dioxide per square mile as forests do on land, according to a 2012 study in the journal Nature Geoscience.

Countries that hope to earn credit toward bringing down their carbon dioxide emissions could tally their seagrasses and the carbon they store, a first step toward accrediting carbon offsets for eventual trading on an open market. The grasses also curb the acidity of surrounding waters — an especially important function as the ocean absorbs more carbon dioxide from the atmosphere and becomes more acidic.

But seagrasses provide some buffer from acidification, which can damage animals’ shells and disrupt fish behaviors. In one study published March 31 in the journal Global Change Biology, scientists at the University of California, Davis, found that seagrasses dotted along the California coast could reduce local acidity by up to 30% for extended periods.

“What is even cooler is that these habitats are present everywhere,” she said.

While most seagrasses fringe coastlines around the world, the shallowness of Saya de Malha allows sunlight to filter to the seabed, creating an aquatic prairie in the Indian Ocean that provides shelter, nurseries and feeding grounds for thousands of marine species.

The bank’s isolation has helped protect it from coastal threats, including pollution and dredging. But even such remote stretches of international waters face increasing incursions from shipping and industrial fishing.

In March, scientists from institutions including Britain’s Exeter University traveled with Greenpeace on an expedition to collect some of the first field data on the area’s wildlife, including its little-studied beds of seagrass.

With the boat bobbing for days above the plateau, the researchers gathered bits of grass floating in the water, tweezering them into bottles for analysis back on shore.

Data on seagrass meadows are patchy, but research so far estimates the grasses cover over 300,000 square km (115,000 square miles), distributed across all continents apart from Antarctica, according to UNEP. That would be an area the size of Italy.

It is not yet known how much carbon is locked into Saya de Malha, but globally the tangled roots of seagrasses are estimated to trap over 10% of the carbon buried in ocean sediment per year.

“This has massive implications for the (world’s) climate change mitigation efforts,” said Dimos Traganos, lead scientist on a German Aerospace Center project developing software to improve seagrass tracking using satellite imagery and other data. That effort has been helped by recent advances in cloud computing and data storage, he said. “We are in such an exciting period.” Seagrass meadows are believed to be retreating around 7% per year globally, according to the most recent seagrass census published in a 2009 study in Proceedings of the National Academy of Sciences. It notes the estimate was based on incomplete data available at the time.

The more closely studied areas illustrate the harm human activity can cause. Pollution from mining and damage by fisheries may have helped to eliminate 92% of mainland Britain’s seagrasses in over a century, according to a March 4 study in the journal Frontiers in Plant Science.

If still intact, these could have supported around 400 million fish and stored up to 11.5 million metric tons of carbon — equivalent to 3% of Britain’s carbon dioxide emissions in 2017, the study said. This year, Seychelles began assessing its coastal seagrass carbon stock for the first time, and at least 10 countries have said seagrasses would play a part in their climate action plans, according to UNEP.

Seychelles and Mauritius, which have joint jurisdiction over the Saya de Malha’s seabed, should count up and care for the wealth of seagrass on their shared doorstep, said James Michel, who served 12 years as president of the Seychelles until 2016.

“Then we’ll be in a better position to know how to not only preserve it, but also to manage it to ensure that it is protected for the future.”

The Ingenuity helicopter survived its first night on the freezing-cold surface of Mars, a major milestone in the rotorcraft's journey ahead of its historic first flight.

Deforestation in the Amazon region and the Cerrado in central Brazil have been linked to increased emission levels of greenhouse gases in Latin America’s biggest country.

There is little research to back reports of northern lights sounds. So what are people hearing?

In places where the northern lights are regularly seen, there are also countless reports of people hearing sounds along with the aurora.

By the end of the century, summer weather could last half a year (and that's not a good thing)

Sure, longer summers may sound great for a family vacation or enjoying the outdoors, but this extended season could significantly impact our health, the environment and agriculture. 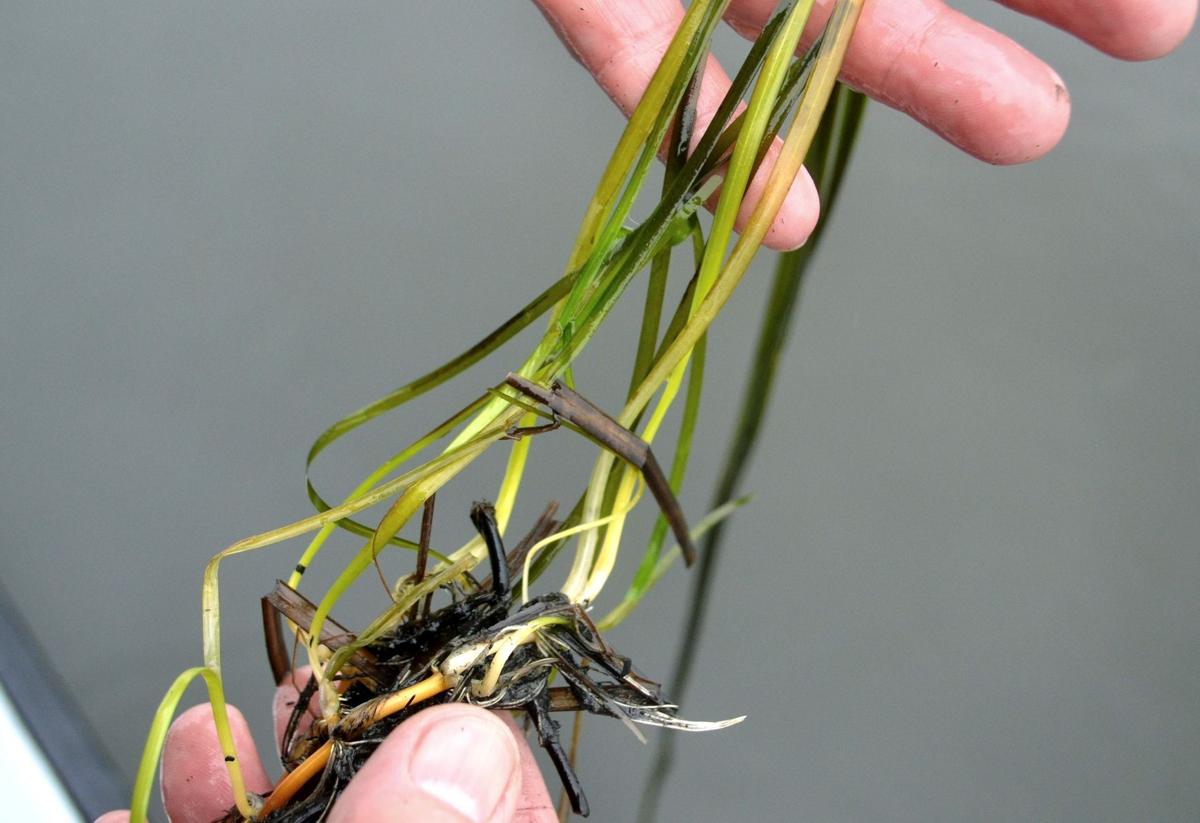 In this Oct. 29, 2019 photo, University of New Hampshire's Fred Short holds a strand of eel grass pulled from the Great Bay in Durham, N.H. After years of declines, Short and his colleagues have started to document a recovery of the underwater marine plant, which is critical for water quality in the bay and serves as food source and shelter for fish, crustaceans and other marine animals. (AP Photo/Michael Casey) 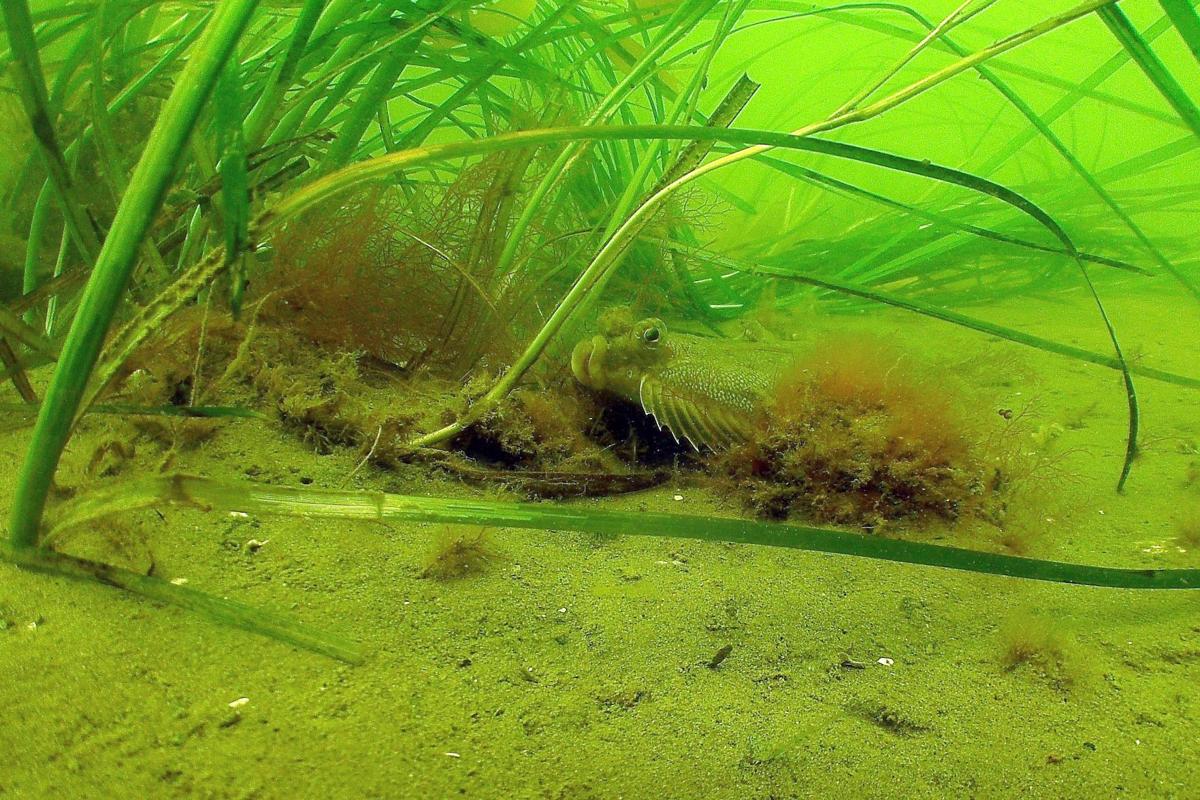 In this undated photo provided by the Massachusetts Division of Marine Fisheries, a winter flounder rests in a restored eelgrass meadow in the outer Boston Harbor. Studies have found more than 70 species of seagrass that can reduce erosion and improve water quality, while providing food and shelter for sea creatures. (Tay Evans/Massachusetts Division of Marine Fisheries via AP)