The Japan Aerospace Exploration Agency's Hayabusa2 spacecraft fired a copper cannonball a little bigger than a tennis ball into a near-Earth asteroid named Ryugu to learn about its composition.

Almost a year later, scientists have had a chance to analyze the data, captured by cameras on the spacecraft, to learn more about this asteroid some 195 million miles away.

The Hayabusa2 probe deployed Small Carry-on Impactor — a device packed with plastic explosives — intended to blast an artificial crater in the asteroid.

After deploying the SCI from the asteroid's orbit, Hayabusa2 moved to a safe distance from the blast site, according to the agency.

It also released a small camera called DCAM3 to capture the detonation as it occurred. The camera floated about a half mile away.

The researchers now know that the impact created a nearly 33-foot-wide crater on the surface of the asteroid, according to a new study. It sent up a plume of material upon impact, which the camera was able to capture in detail.

The crater left behind is like a semicircle, including an elevated rim, a central pit and an asymmetrical pattern of ejected material, according to the researchers. They believe the asymmetric pattern could be due to a larger boulder beneath the crater.

Based on the material released by the impact, the researchers also believe that Ryugu includes material similar to loose sand on Earth.

The ejecta curtain, or plume of material created by the impact, never fully detached from the surface, according to the study. The researchers think that this was due to the asteroid's gravity.

Ryugu is a dark, spinning top-shaped asteroid that measures about 3,000 feet wide. The surface is covered in boulders. It's also incredibly dry.

Photos captured by the spacecraft have revealed an even distribution of dark and rough rocks, as well as those that are bright and smooth. Scientists believe there are two kinds of material on the asteroid because it likely formed from the leftover rubble after its parent body was hit.

Researchers from the Nature study also determined that the asteroid is largely made up of highly porous material. This could explain why carbon-rich meteorites are rarely found on Earth; our atmosphere protects against them and causes them to break apart into fragments.

What is the Pink Moon? A guide to full moon nicknames

Data was gathered for the study from the MASCOT lander during the mission, or Mobile Asteroid Surface SCOuT.

"Fragile, highly porous asteroids like Ryugu are probably the link in the evolution of cosmic dust into massive celestial bodies," said Matthias Grott, study author and expert at the German Aerospace Center's Institute of Planetary Research. "This closes a gap in our understanding of planetary formation, as we have hardly ever been able to detect such material in meteorites found on Earth."

The researchers believe it's possible that the highly porous structure of carbon-rich asteroids could be similar to planetesimals, or the material that eventually became planets in our solar system.

And asteroids, which act as leftovers from the beginning of the solar system, could shed light on early solar system processes like how planets formed. Unfortunately, that's not something for which astronomers have much direct evidence. They can only construct models based on what they know from studying the solar system and meteorites.

It's cloudy with a chance of iron rain at this hot, faraway world

"Research on the subject is therefore primarily dependent on extraterrestrial matter, which reaches Earth from the depths of the Solar System in the form of meteorites," said Jörn Helbert, study co-author and research director from the German Aerospace Center's Institute of Planetary Research.

"In addition, we need missions such as Hayabusa2 to visit the minor bodies that formed during the early stages of the Solar System in order to confirm, supplement or — with appropriate observations — refute the models."

Hayabusa2 departed Ryugu in December 2019 and will return to Earth by the end of 2020. It's carrying precious cargo including thesamples collected from two landing sites on the asteroid to be analyzed by scientists.

If it makes it back to Earth on schedule it will be the first mission to bring back samples from a C-class asteroid, which hasn't been visited before. C-class asteroids are the most common, comprising 75% of all known asteroids.

A May 23 photo shows a furry animal with distinctive markings appearing to eat a marine animal carcass. A biologist confirmed it was indeed a wolverine.

Researchers say two species of fish roamed the seas about 40 to 45 million years ago with fangs and a single saber tooth. Their closest living relatives? Anchovies.

States with the most nursing homes unprepared for infection 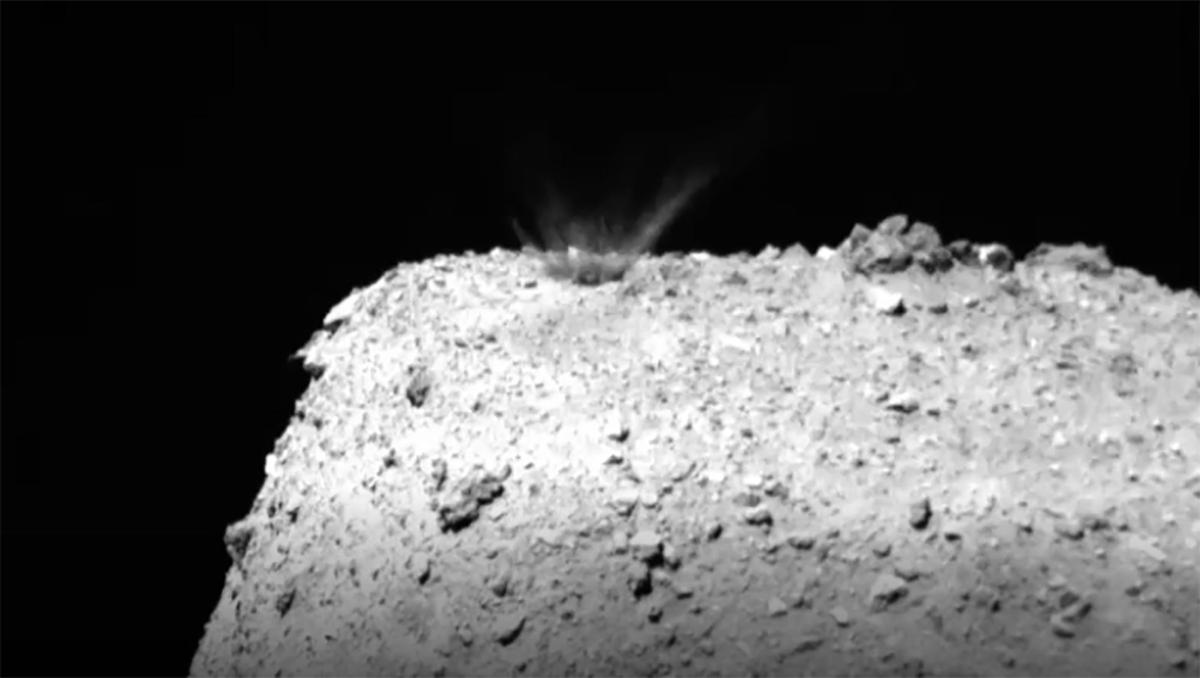 This still from a video created by images captured by Hayabusa 2 shows material being ejected and falling back onto the asteroid after impact. 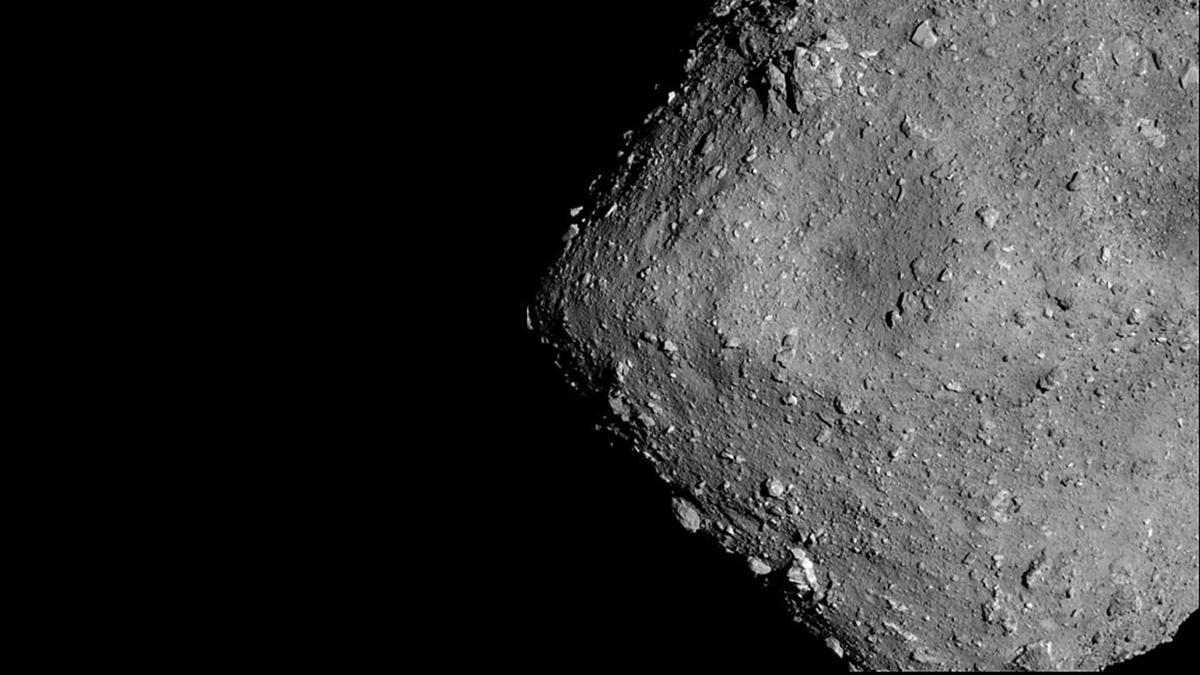 A close-up shows the surface of Ryugu. 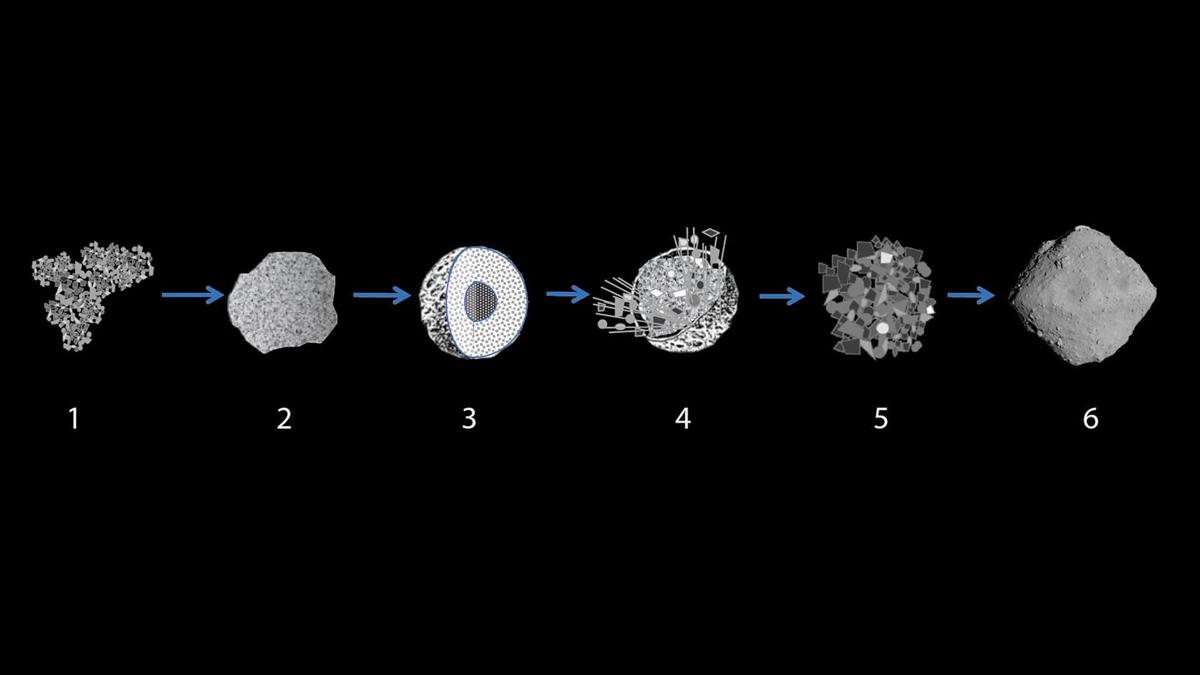 This is a model of how Ryugu likely formed as a rubble pile asteroid.