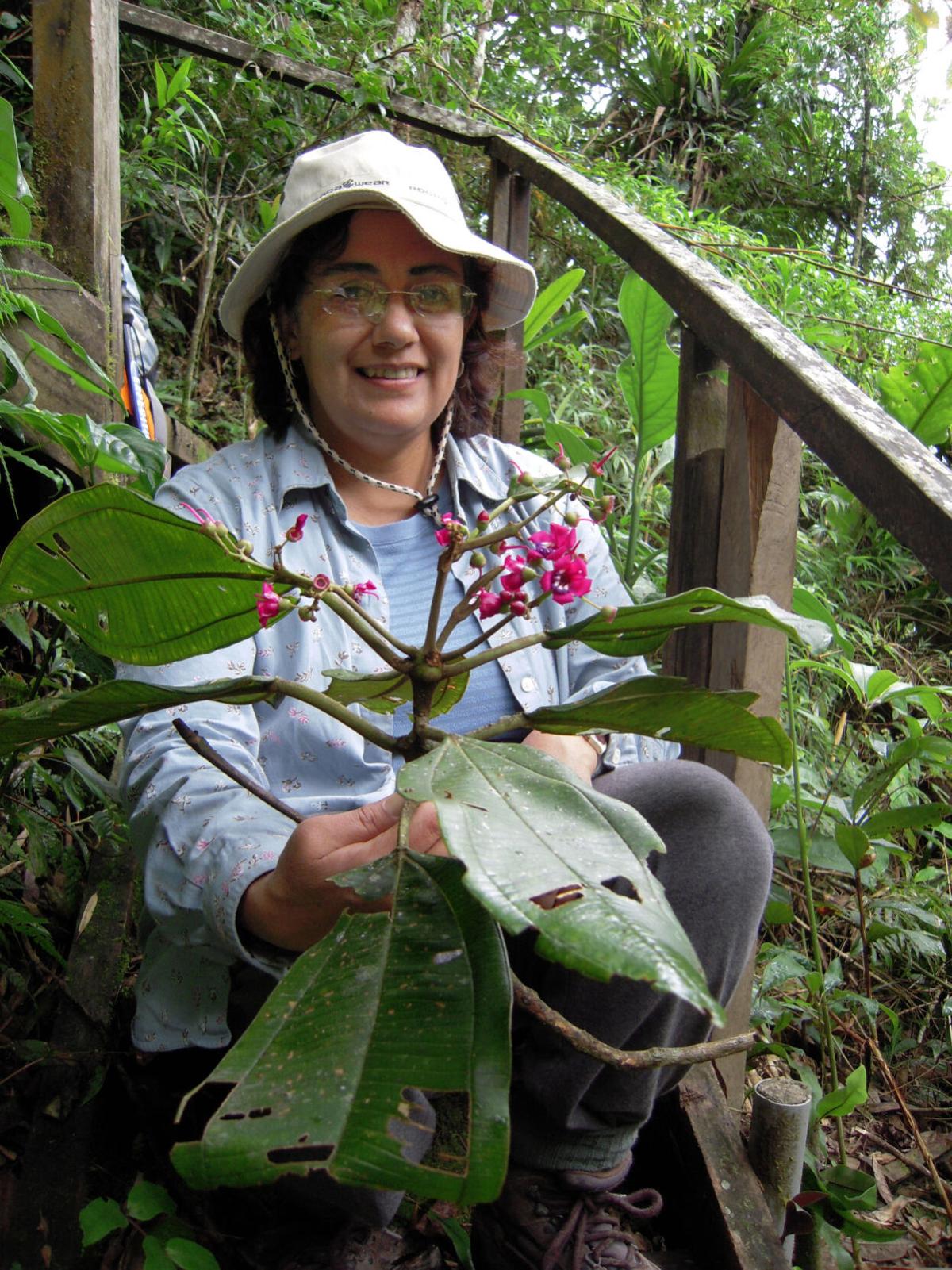 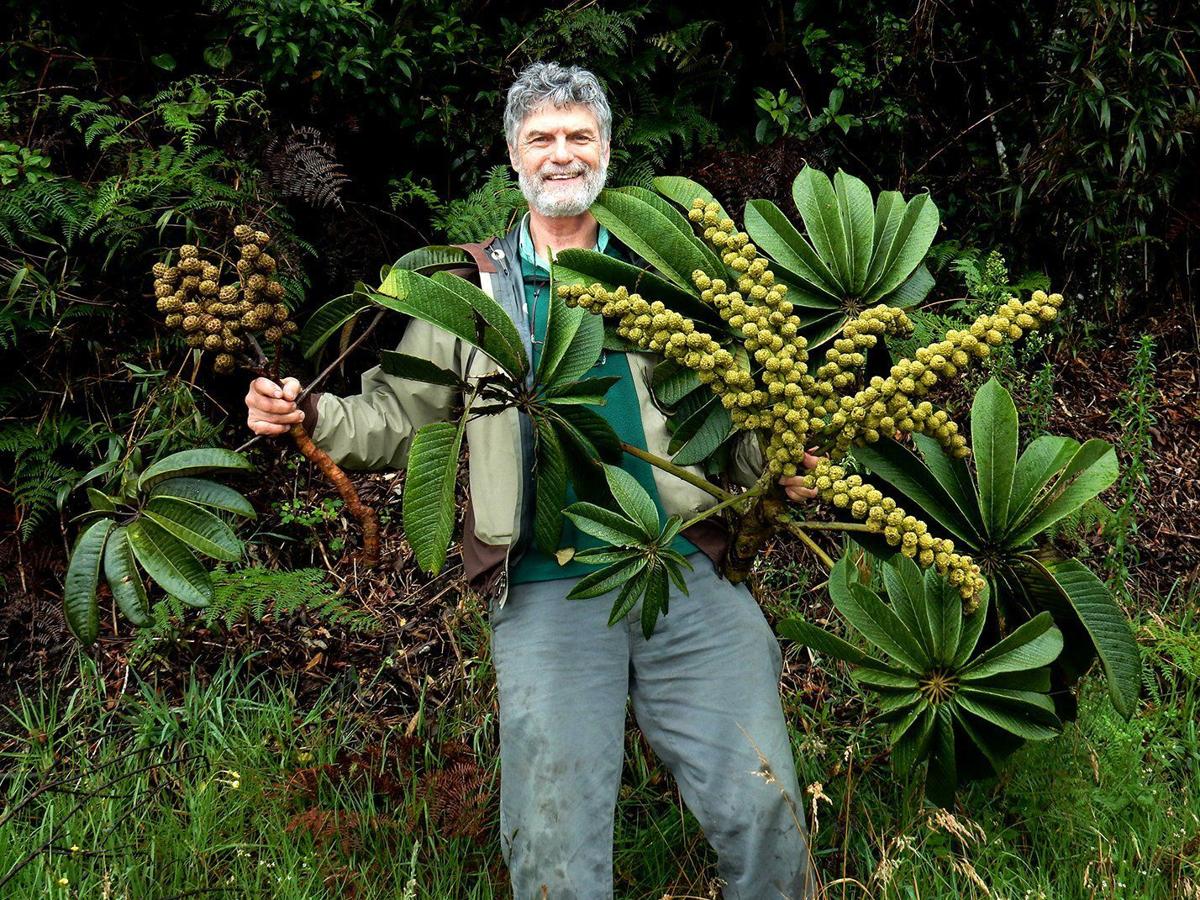 Pete Lowry is photographed with a collection of a new species that will be named Sciodaphyllum pedersenii. It was collected near Loja in southern Ecuador. Photo by Greg Plunkett 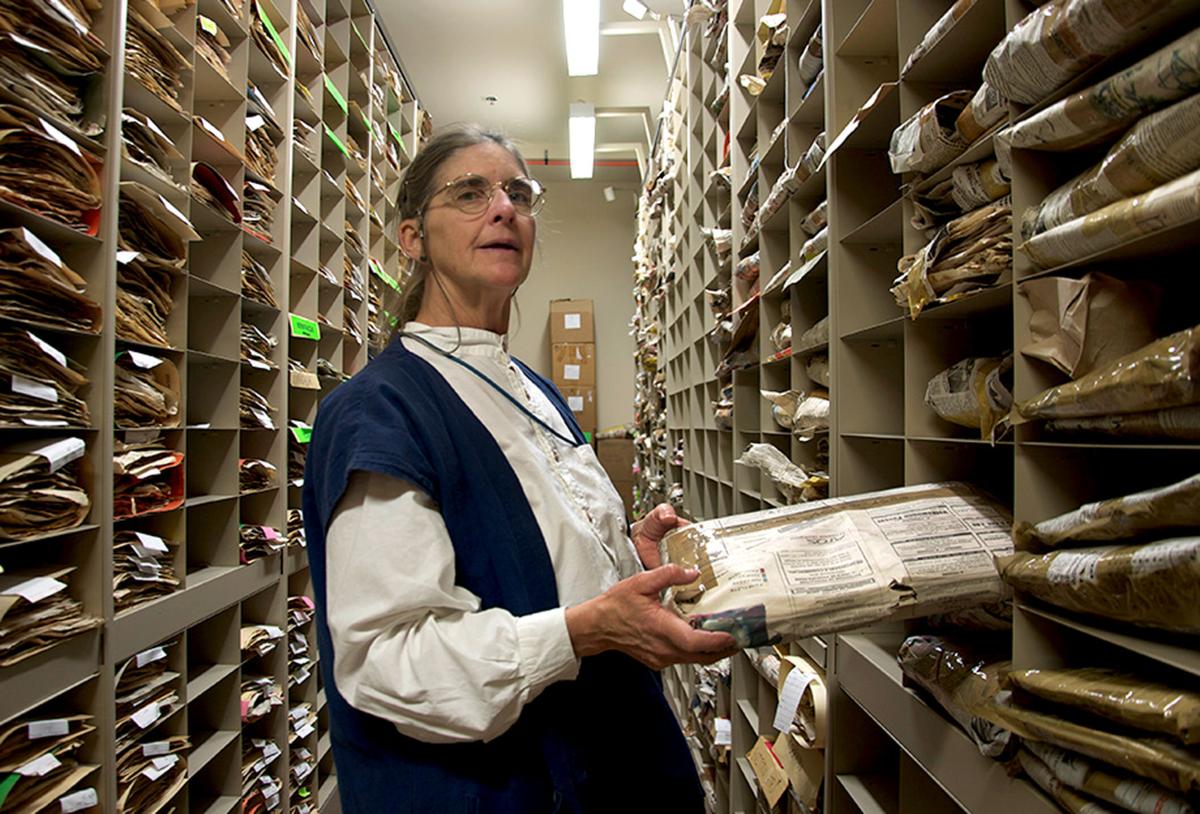 Missouri Botanical Garden curator Charlotte Taylor is one of the most prolific taxonomists of all time, having published more than 450 new plant species. Photo by Katherine Lawless 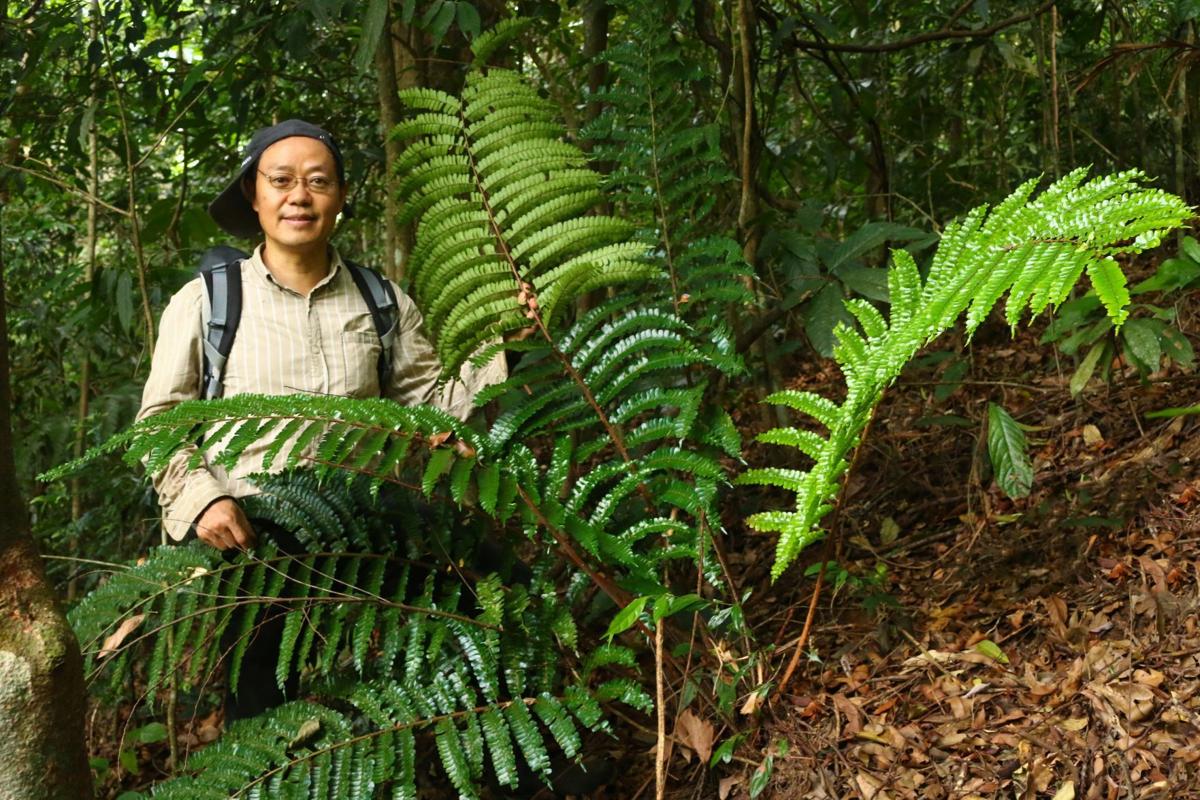 Libing Zhang is photographed with a fern during a trip to Thailand in 2019. Photo by Rossarin Pollawat 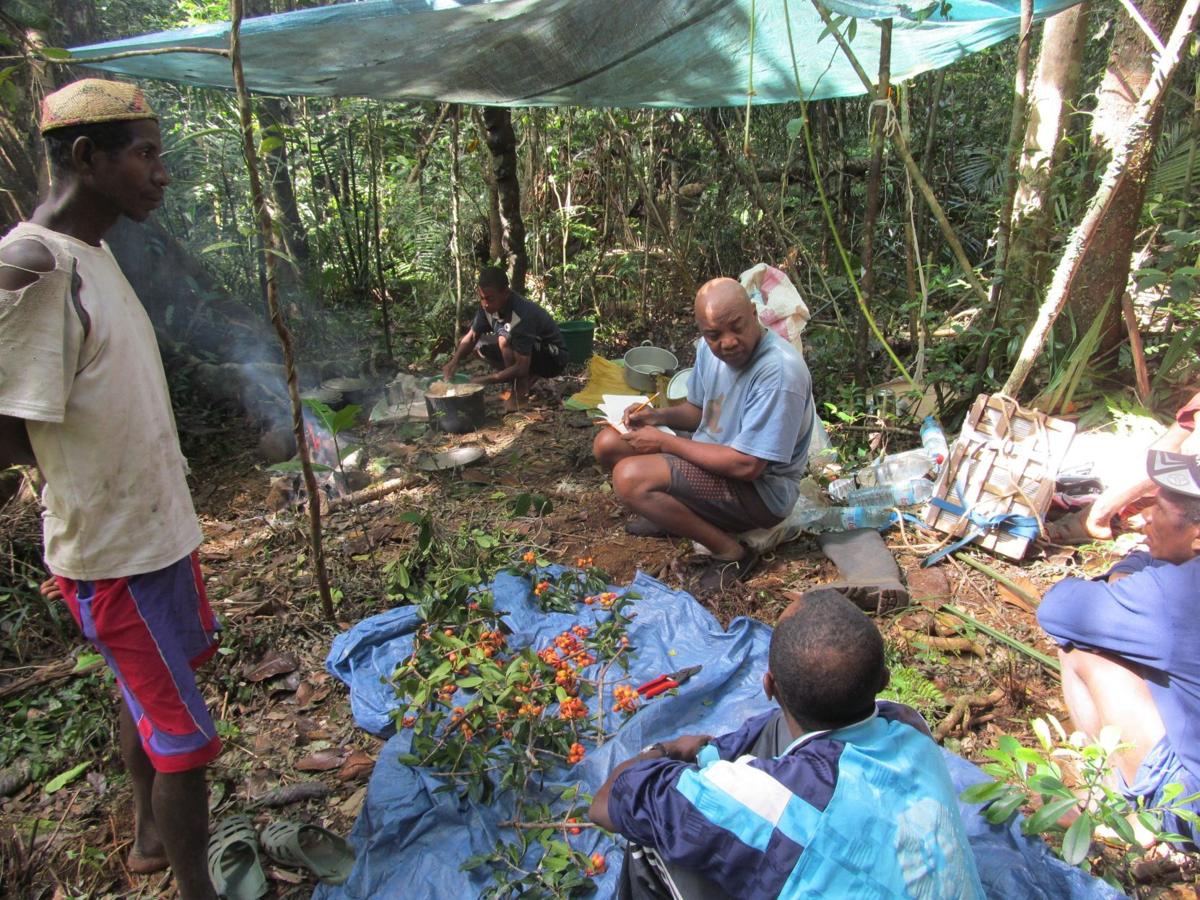 Armand Randrianasolo during a field botanical expeditions in Madagascar, at one of the MBG conservation sites called Vohibe forest located in Eastern Madagascar. Photo by MBG Madagascar

ST. LOUIS — Carmen Ulloa can usually be found 9,000 feet above sea level at this time of year, high in the Ecuadorian Andes, surveying and cataloging the unique flora that can survive in such extreme high-altitude conditions.

This year, she is stuck in St. Louis.

Holed up in their homes because of the pandemic, many Missouri Botanical Garden researchers like Ulloa cannot easily venture into the field, or even to the garden’s herbarium here, which houses more than 7 million plant specimens. The end result: Research on dozens, if not hundreds, of brand-new plant species has slowed to a crawl, at best.

“Having the privilege to describe some plant species new to science is one of the most gratifying things for a field botanist to do,” said Ulloa, a Missouri Botanical Garden curator.

Researchers have been shut down this summer in three ways: The garden has halted research trips to minimize the virus’ spread. Many countries in which they operate have strictly limited travel. And the garden has also restricted access to its herbarium to one visit a week to limit person-to-person contact, making it nearly impossible to examine specimens, the researchers said. While they have access at home to a virtual catalog, scanned specimen images are often missing, blurry, mislabeled or fail to help identify microscopic differences between plants.

Botanical garden curator Armand Randrianasolo, a Madagascar native who studies the Malagasy cashew family, typically travels back to his home country as many as four times a year to conduct his research, coordinate conservation sites and teach local students. But travel restrictions means he has been trying to coordinate two conservation sites from afar, and with an eight-hour time difference.

“Unlike here in the U.S. where everyone has internet at home, right now our guys can’t go to the office, and it’s very hard for them to connect to the internet — you have to buy credits,” he said. “Most have to stay home because the capital city is in lockdown mode. The pandemic is surging over there.”

What’s in a name? In science, it distinguishes one species from another, which helps conservationists protect threatened species and researchers investigate species that may be useful in other fields, such as medicine or food production.

“It’s the very beginning of basic plant science,” said James Miller, the garden’s senior vice president of science and research. “If things don’t have names, you can’t even talk about them — you can’t go any further into its science until you have a name.”

Ulloa stresses the importance of such research, particularly in light of the ongoing coronavirus pandemic.

“You have to remember that most of our medicines come from plants, like aspirin,” she said. “Here we are eight months into the year, we have no vaccine, and there have been many ‘cures’ that have popped up that don’t actually work. Cutting budgets for basic science has been bad for all of the biological sciences.”

The process of plant discovery can span years and sometimes decades. Field researchers, often deep in the wilderness for days, must identify a plant that they think requires further investigation and cut a representative piece of it — usually a small branch, leaf or flower. They place the parts on newsprint in between pieces of corrugated cardboard with a detailed label, and, using a press, extract the moisture from the plants.

Then they either ship or bring the specimens back to the garden to be examined and compared with others to determine if they are indeed new to science. They can also use more advanced tools like molecular and genetic analysis to help them with their judgment. Once researchers feel confident that the plant is a new species, they will assign it a Latin name, typically in honor of the place it was found. Last, they publish their observations in a research journal, where other scientists can read and build upon their work.

But Ulloa has only been able to get into the herbarium twice since mid-March, so she, like most other botanical garden researchers, has shifted to more editorial parts of her job like writing up research papers and editing a journal of Latin American plants.

“Many of the plants we discover are very rare — they might be local to a single river valley, a single mountaintop, and it wouldn’t take a very big change in the environment for them to go extinct,” said Miller. “A relatively large amount of plants are anonymously going extinct before even being named.”

The garden’s international efforts often rely on a community-based conservation model — in which researchers work with the community to develop a plan to protect threatened plant species. But calls for conservation fall flat amid a public health emergency and economic crisis.

“When you’re hungry, you stop worrying about any conservation stuff,” said Missouri Botanical Garden curator Charlotte Taylor, one of the most prolific taxonomists of all time, having published more than 450 new plant species. “It’s hard to carry through when your family is sick and people are desperate.”

Illegal mining and logging increases during economic crises, Taylor said. “Areas will be destroyed that we won’t be able to explore and investigate,” said Taylor.

The researchers hope it will be safe enough to work from the herbarium again soon.

“Discovering new plants is like having kids,” Taylor said, chuckling. “Every one of them is special.”

Pete Lowry is photographed with a collection of a new species that will be named Sciodaphyllum pedersenii. It was collected near Loja in southern Ecuador. Photo by Greg Plunkett

Missouri Botanical Garden curator Charlotte Taylor is one of the most prolific taxonomists of all time, having published more than 450 new plant species. Photo by Katherine Lawless

Libing Zhang is photographed with a fern during a trip to Thailand in 2019. Photo by Rossarin Pollawat

Armand Randrianasolo during a field botanical expeditions in Madagascar, at one of the MBG conservation sites called Vohibe forest located in Eastern Madagascar. Photo by MBG Madagascar