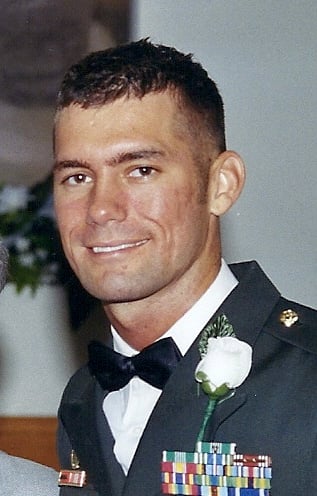 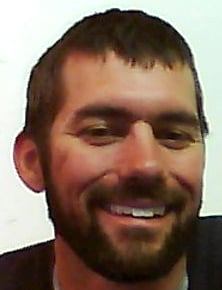 Army Staff Sgt. James R. Ide V, of Festus, Mo., was one of seven U.S. troops killed in Afghanistan over the weekend. (Family photo from Facebook)

Funeral services have been set for a Jefferson County soldier who was killed in Afghanistan on Sunday.

A visitation for Sgt. James R. Ide V will be held Sept. 10 at De Soto High School from 5 p.m. to 8 p.m. A funeral service at the school will begin at 10 a.m. on Sept. 11. Burial will follow at Jefferson Barracks National Cemetery.

Ide, 32, joined the Army after graduating from De Soto High in 1997. He loved animals, family members said, and he became the handler of a bomb-sniffing dog. Ide was certified to train the dogs and other dog handlers.

He was working with his dog, a Belgian Malinois named Daphne, Sunday in Afghanistan's volatile Helmand province when his unit was attacked. He died of wounds from small-arms fire, according to the Department of Defense.

The dinosaur was about the size of a raven but double its length with a long, bony tail. Its entire body was covered with feathers, complete with two plumes at the tail's end.