Dying in the line of duty: Stories of St. Louis police officers

Which employers are the best in the St. Louis area? Check the 2021 list of Top Workplaces

Pick the news you want delivered to your inbox 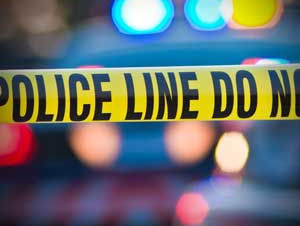 What did it mean to have policing divided among 123 jurisdictions in the six counties of metropolitan St. Louis?

Backed by a crew of graphic artists and editors, they delivered a five-part series called "The Law in Disorder," which ran Nov. 30-Dec. 3, plus Dec. 7, 2003.

It described a disjointed law enforcement system fraught with understaffing, unqualified or unfit officers and a scarcity of professional standards and policies.

Ratcliffe, Howard and Cutraro have moved on to other pursuits. But many of the problems they identified remain, and provide valuable context in the debate over the Aug. 9 killing of Michael Brown by Ferguson Officer Darren Wilson.

Part I: Who's policing the police? For the most part, no one

Snapshot: Connected to the community