McClellan: St. Louisans coped without safety nets in Panic of 1893
0 comments
Share this
{{featured_button_text}}
1 of 2 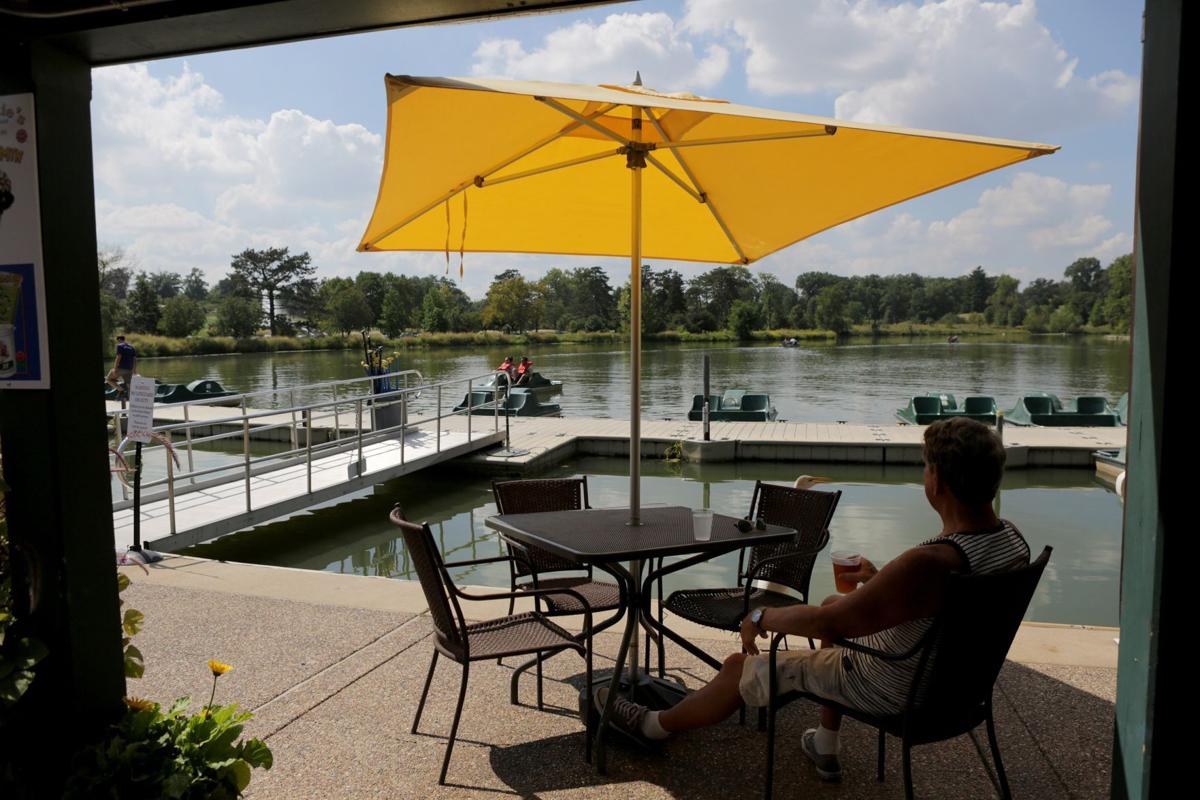 The outdoor dock at the Boathouse at Forest Park provides views of Post-Dispatch Lake. Photo by Hillary Levin, hlevin@post-dispatch.com 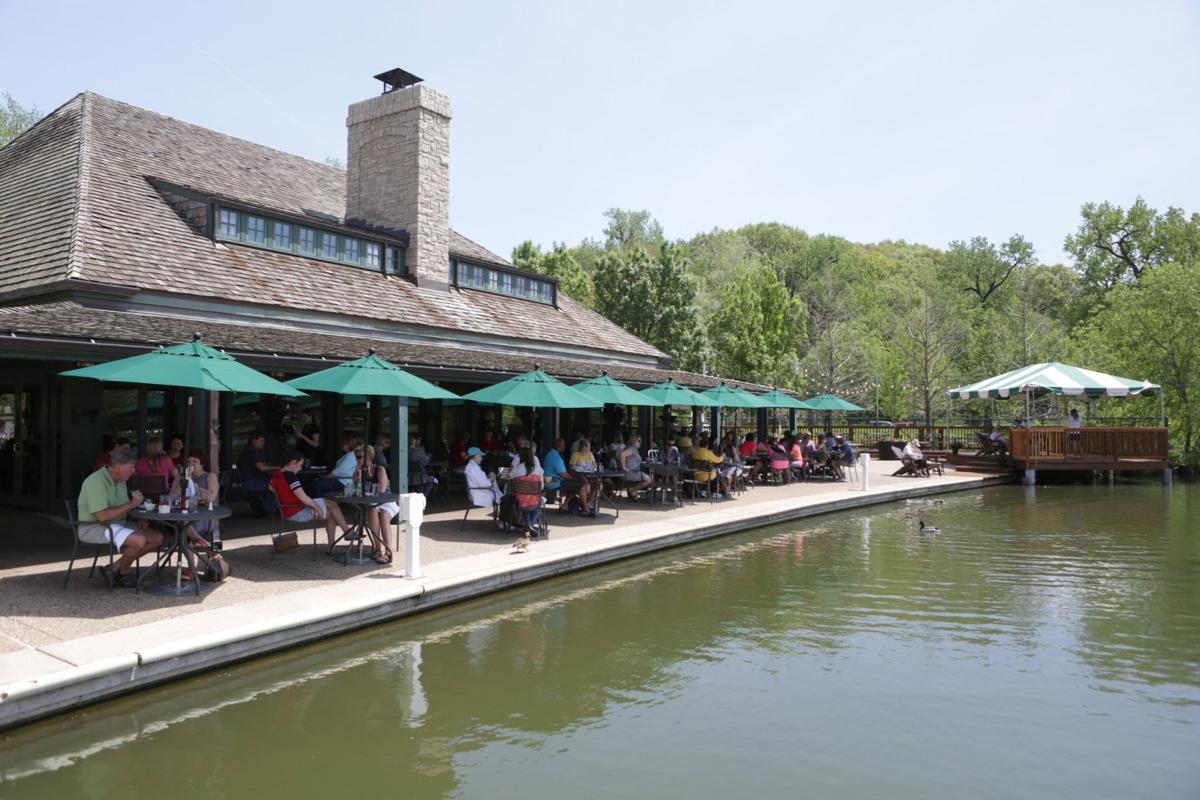 Customers look out towards Post-Dispatch Lake while dining at The Boathouse at Forest Park, Tuesday, May 8, 2018, in St. Louis. Photo by Nikos Frazier, nfrazier@post-dispatch.com

A stone and a small plaque in Forest Park alongside Post-Dispatch Lake commemorate the Panic of 1893 during which the economy crashed and society began to unravel. The Gilded Age, as Mark Twain called it, had come undone.

Banks closed. Many workers saw their wages slashed. Small armies of the unemployed walked to Washington to complain that the system was broken. The railroad union went on strike in the summer of 1894, a time before highways, so goods and produce could not move. Other unions were talking about a general strike to shut the whole country down.

That is something to think about when you next visit the Boathouse in Forest Park. The lake in front of the Boathouse was built during the Panic and, according to the plaque, was excavated by 20,000 men using picks and shovels.

1894: The Post-Dispatch proposes a boating lake in Forest Park to help the poor

This was, of course, before safety nets or national recovery efforts — raw capitalism was our chosen path — so we depended on benefactors to provide in hard times. Perhaps that is why a young Joseph Pulitzer, whose newspaper was but one of many, stepped forward and offered a day’s wages to any man who came out to dig the lake. Or, perhaps, it was a shrewd, almost devious, effort to generate good will and increase circulation. Who does anything selflessly?

He appears, briefly, in a book about those times — “The Edge of Anarchy” by Jack Kelly. It’s mostly centered in Chicago where the railroad strike began at the Pullman Car factory, and where Gene Debs, the American Railroad Union leader, was temporarily headquartered.

“In St. Louis, John Lally, a boss switchman on the Missouri Pacific, flatly refused to make up trains with Pullman cars. He was dismissed. Sixty switchmen walked out with him. Lally became a strike leader.”

Boss switchman. That sounds like a good job, something you work up to. And Lally risked — and lost — that job in the midst of hard times simply to show solidarity with the men in Chicago. Then other men walked out to support him. He must have been a natural leader.

I read those four sentences and wondered what Lally’s descendants are doing now. Do they even know what he did?

So I Googled, “John Lally and St. Louis.”

John Lally is an attorney who does a lot of worker compensation cases. That sounded too good to be true. Still fighting the Man, but doing it more comfortably. That is what upward mobility is all about. Maybe somebody in a future generation will become the Man. If so, may she be kind.

I contacted the attorney and asked if he is related to the John Lally who walked off his railroad job in 1894.

I’m not sure, he replied.

He explained that his great-grandfather was Michael J. Lally, who was born in County Mayo and immigrated to this country in 1883. He moved to St. Louis in 1889, four years before the Panic. He got a job as a paver — laborer — with the United Railway and Electric Company, which was a streetcar company. Family lore does not mention the Panic, but when the workers of United Railway went on strike in the early years of the 20th century, Lally, who was by then a foreman, walked out with the men and joined the picket line. When the strike was over, he returned to work, but was demoted back to laborer.

That’s a remarkably similar story to our historical John Lally.

Michael’s oldest son, Michael Jr., served in the Great War, suffered through the Great Depression and was eventually sponsored into the steamfitter’s union, which is now the Plumbers and Pipefitters. He was able to buy a house. One of his sons, Jack, earned a master's degree in social work, and eventually became president of Catholic Charities of St. Louis. One of Jack’s sons, John, became the attorney with whom I corresponded. He is a partner in Rhodes and Lally, and a past president of the Lawyers Association of St. Louis.

That is, indeed, a nice arc for a family.

But is this branch of the Lally family related to the book’s John Lally. John was working for a railroad when Michael was working for a streetcar company. Both in St. Louis. Perhaps they were brothers. Or cousins.

Attorney John does not know if his great-grandfather had brothers. Who does? And how would anybody know about their great -grandparents’ cousins?

Plus, we’re talking about large families. Michael and Michael Jr. both married Irish girls. Jack married a young woman from the Hill, whose father had immigrated from Italy. (He was a member of the Ironworkers Union.) Attorney John is one of six kids. He probably does well to remember his own cousins, let alone go back three generations.

How did things fare for the descendants of the book’s John Lally? That is a mystery.

Look Back 250 • Preparing for the St. Louis World's Fair

City had to overcome brown silt in the water, other obstacles

Even Susan Zimmerman — a 62-year-old vegan pottery artist and travel writer from Kirkwood — is surprised by her fascination with the global conflict.

McClellan: The day the Cardinals came to Carterville, Illinois

What a draw. The mighty Cardinals were coming to Carterville to play in a cow pasture.

How did environmentalists, Missouri farmers and the Army Corps of Engineers end up on the same page for flood control?

The outdoor dock at the Boathouse at Forest Park provides views of Post-Dispatch Lake. Photo by Hillary Levin, hlevin@post-dispatch.com

Customers look out towards Post-Dispatch Lake while dining at The Boathouse at Forest Park, Tuesday, May 8, 2018, in St. Louis. Photo by Nikos Frazier, nfrazier@post-dispatch.com