Why Clayton (and not Kirkwood) is the seat of St. Louis County government
0 comments
Share this
{{featured_button_text}}
By Tim O'Neil

CLAYTON • Gentleman farmer Ralph Clayton, 90, stood amid the grove of trees he had once owned. He slipped off his hat and bowed his head. The hundreds who gathered around followed his lead.

"In the name of God, in the interests of civilization, with the hope that none but days of happiness shall greet the people of St. Louis County, I commence this work," Clayton said. Then he shoved a spade into the earth.

Clayton's first turn of dirt on April 19, 1878, began construction of a St. Louis County Courthouse in the future city that would bear his name. Clayton's donation of 100 acres had cinched the competition for a new county seat, made necessary by St. Louis' "Great Divorce" one year before.

It had been a bitter affair. In August 1876, city voters narrowly approved separating city and county. County voters trounced it, but some suspect precincts delivered hundreds of "no" votes to reject smeared with crude eraser marks. The downtown business Brahmins who wanted to be rid of county taxes and state influence over county government forced a court battle that overturned the result. Divorce became final in March 1877.

The previous county courthouse downtown, known today as the Old Courthouse, became city property. The city had 350,000 residents, the county about 30,000 - and only 150 miles of gravel roads.

Its exiled government met in homes and taverns before settling into a roadhouse called the Mount Olive Hotel, near today's Hanley Road and Olive Boulevard. The first order of business - where to build a courthouse - was contentious.

Kirkwood, then the big city, considered itself the rightful place. The future Florissant, a farming district known as St. Ferdinand township, pitched a bid. The St. Louis Globe-Democrat noted that "the hair of the three unfortunate (county) commissioners turned grey, and the hinges of their gates were worn out."

They opted for an east-central site, made easy by Clayton's donation. It was tranquil farmland, vaguely described as being west of Hanley Road and north of Clayton Road. One selling point was that a narrow-gauge railway from the city soon would reach Clayton's grove.

The $38,000 courthouse opened the following December. Clayton died in 1883, and the city named for him was incorporated in 1913. County population, at 274,000 in 1940, exploded after World War II and surpassed the city in the early 1960s. County voters rejected six requests for more court space until 1945, when they approved building a new courthouse that now serves as County Police headquarters. The last of the 1878 courthouse was demolished in 1971 to make way for today's county government plaza, next to a modern six-story courthouse.

How did environmentalists, Missouri farmers and the Army Corps of Engineers end up on the same page for flood control?

McClellan: St. Louisans coped without safety nets in Panic of 1893

Bill pulls a St. Louis thread from a time when The Gilded Age unraveled. 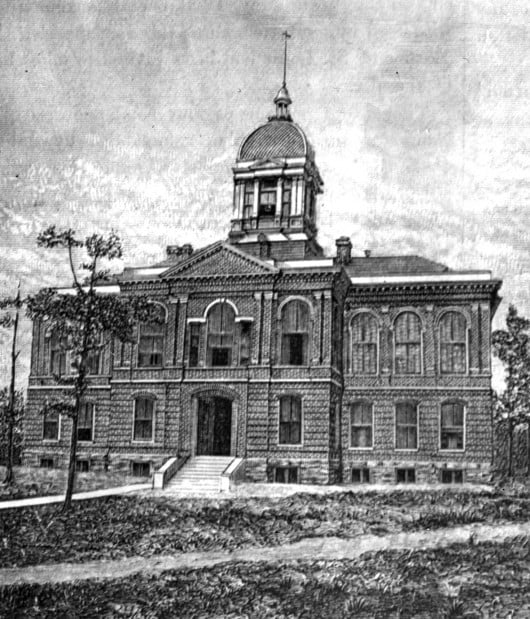 A drawing of the St. Louis County Courthouse in present-day Clayton as it appeared shortly after construction in 1878. The county had to build its own courthouse after the contentious "Great Divorce" that separated the city from the county in March 1877. The building now known as the Old Courthouse downtown had been the county courthouse, but became city property through the separation. County officials chose a site on 100 acres donated by Ralph Clayton, a farmer who owned 700 acres in the heart of the city that now bears his name. The county broke ground on April 19, 1878, with Clayton himself taking honors with the shovel. The courthouse cost $38,000 to build and opened in December 1878 on a square of land at present-day North Central Avenue and Forsyth Boulevard. The building was in the middle of the square, just like a proper country courthouse. (Missouri History Museum) 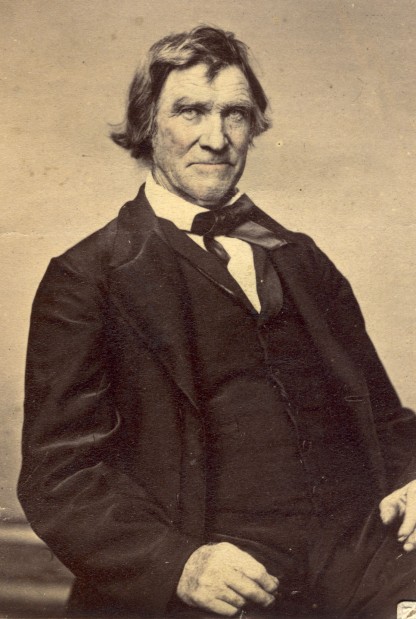 Ralph Clayton, the Virginia-born farmer who donated land for the seat of St. Louis County after the city's separation. (Clayton History Society)