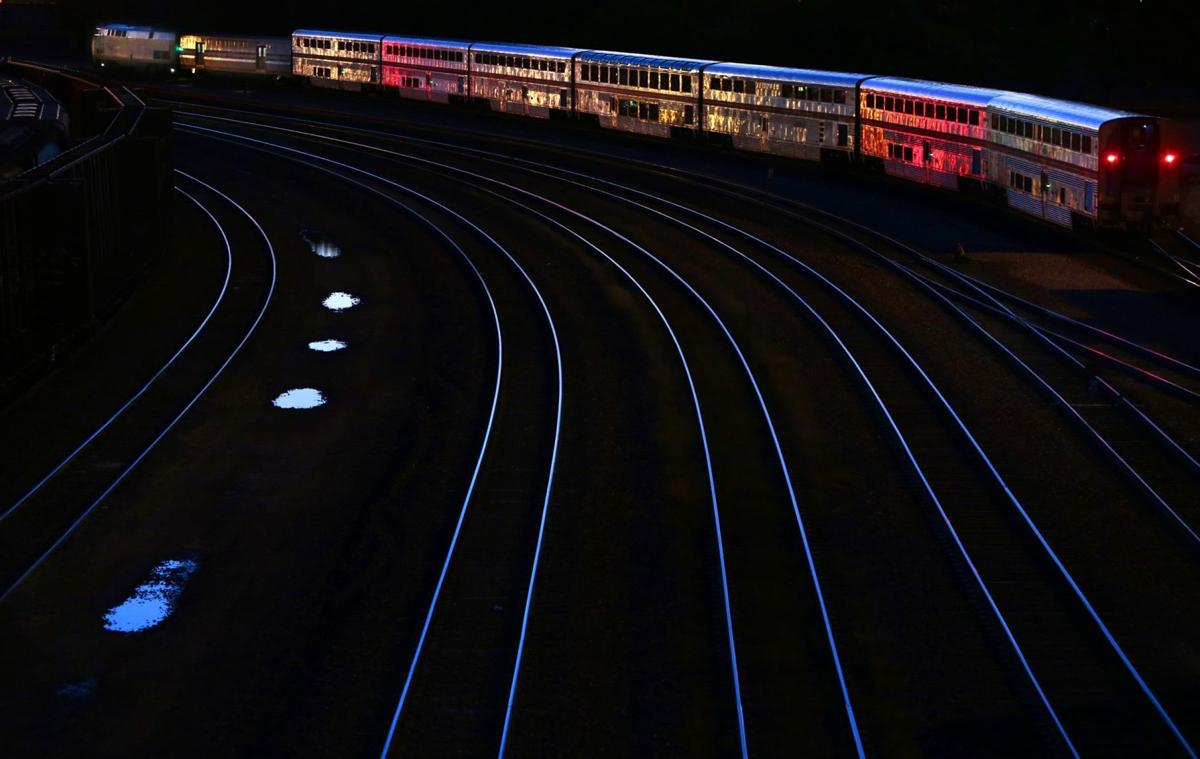 The $1.95 billion, eight-year upgrade of the St. Louis-to-Chicago Amtrak rail corridor — with a key goal to boost the high speed to 110 mph along 75 percent of it — is in its final stretch.

Installation of new rails and concrete ties and various other improvements along the 284-mile route began in 2010, funded largely by federal economic stimulus dollars allotted during President Barack Obama’s administration.

Over the next few months, much of the project’s concluding work will take place in Madison and Macoupin counties in the Metro East area, roughly from Shipman to Granite City.

Moreover, passenger train service on the part of the route between St. Louis and Springfield, Ill., will be shut down May 16-23 to allow some Metro East bridge work. During that period, chartered buses will handle that segment of Amtrak’s five daily round trips.

Increasing the maximum to 110 mph in open expanses outside the St. Louis and Chicago areas will trim about an hour in travel time.

“Currently, it’s about five and a half hours from end to end,” said Scott Speegle, a spokesman for the Illinois Department of Transportation. “It’ll be about four and a half once the project is finished and we’re able to run the 110 high speed.”

Currently trains do up to 79 mph along the route.

While Amtrak prepares for the improvements on the route, uncertainty clouds the future of passenger rail service because of President Donald Trump’s proposal to cut federal funding for 15 long-distance, multistate Amtrak routes. That’s part of Trump’s recent budget submission to Congress.

Four of the five St. Louis-to-Chicago round trips apparently wouldn’t be affected since they are largely state-funded and would still get some federal money under Trump’s plan.

But the fifth, part of the Texas Eagle line running from Chicago to San Antonio, Texas, would be phased out under Trump’s proposal.

Although the St. Louis-to-Chicago improvements are expected to be finished this year, exactly when the new 110 mph maximums actually will begin is hard to pinpoint, officials say.

It could be sometime next year, they say. But timing depends on testing of a new type of signaling system on the line, which Amtrak shares with freight trains.

Richard Harnish, executive director of the Midwest High Speed Rail Association, said the system includes positive train control. That will use radio and GPS technology to help monitor trains’ position and speed. “They have to be very conservative with testing,” Harnish said.

Harnish, while happy to see the upcoming 110 speed materialize, hopes that a far faster high-speed line can be built in the corridor in the future.

Speegle said there also will be better train flow and increased reliability. In other words, there will be fewer delays that sometimes make current trips longer than the scheduled five-and-a-half hours.

He noted that much of the line is a single track that accommodates passenger and freight trains in both directions. To reduce delays, second-track segments and sidings have been added or lengthened so two trains can run simultaneously in more areas.

At the street crossings, new “four-quad” gates will block two traffic lanes on each side of the track and keep vehicles from weaving around crossing bars. There also will be sidewalk gates barring pedestrians from crossing while a train is approaching.

Another feature is 3-foot-high pedestrian fences at crossings “to encourage people to cross where they should,” Speegle said.

Harry Deatherage, a farmer from the Mitchell area, was among about 40 people at the Alton event, looking at displays and talking with IDOT officials.

Deatherage in an interview questioned spending so much on a project during a time of budget constraints. He said he sees relatively few passengers on Amtrak trains going by his property.

But Rick Johnson, a retired elementary school teacher from Alton, said higher speeds would lead to more passengers. “It’ll be a nice option for people who aren’t crazy to fly,” he said.

He also looks forward to the opening this summer of the new $20 million Alton Amtrak depot that is part of the project.

Another supporter on hand was Audrey Rhea, of Godfrey, who works in sales. “It’s good they’re trying to improve the infrastructure,” she said. “It has to be done at some point. Bite the bullet and do it.”