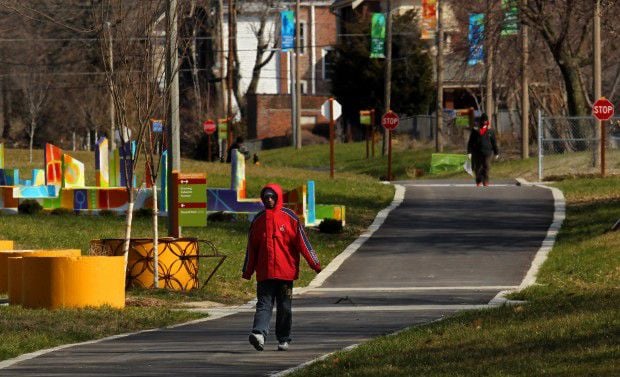 A pedestrian walks along the Ruth Porter Park Trail of the St. Vincent Greenway near Cabanne Avenue on Thursday, March 21, 2013. It runs north of De Baliviere Avenue from Delmar Boulevard to Etzel Avenue and over to N. Skinker Parkway. Photo by Christian Gooden, cgooden@post-dispatch.com 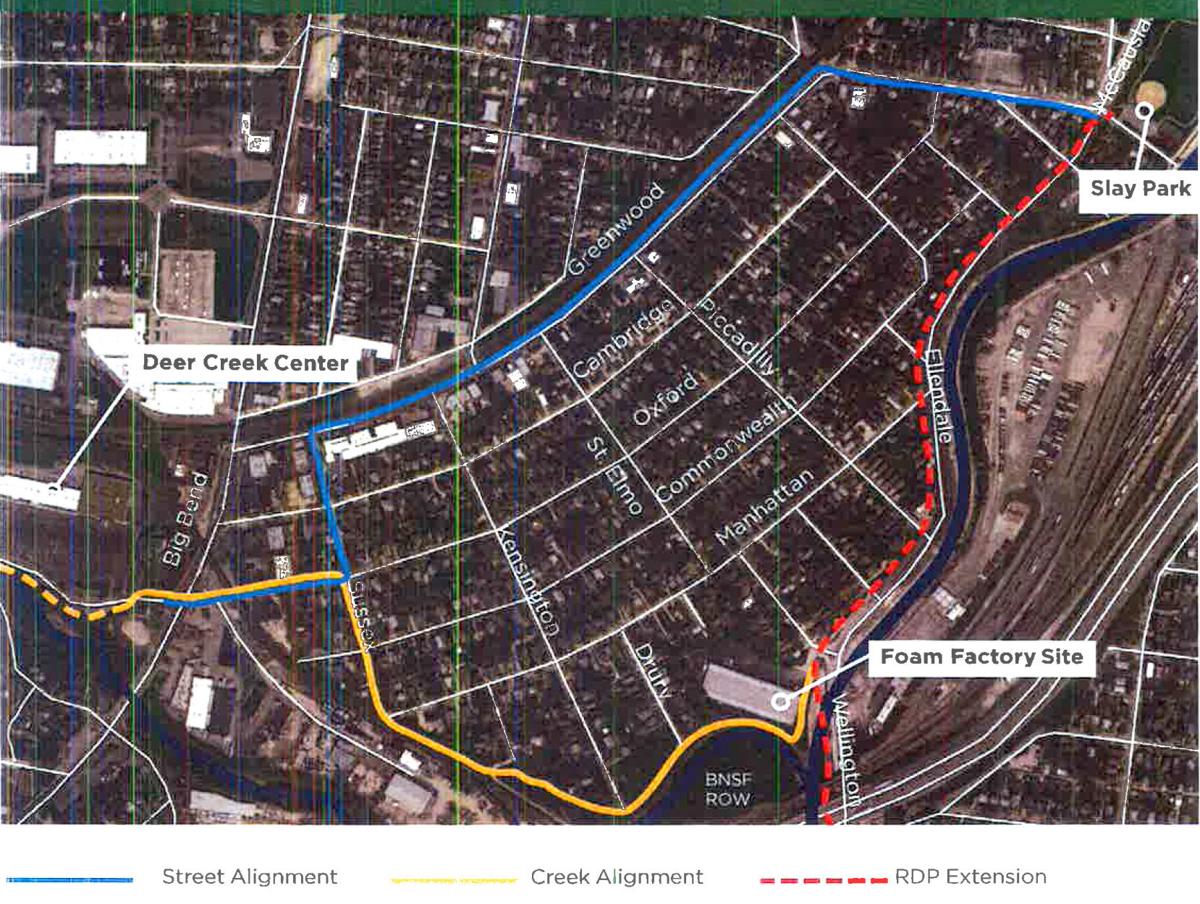 A pedestrian walks along the Ruth Porter Park Trail of the St. Vincent Greenway near Cabanne Avenue on Thursday, March 21, 2013. It runs north of De Baliviere Avenue from Delmar Boulevard to Etzel Avenue and over to N. Skinker Parkway. Photo by Christian Gooden, cgooden@post-dispatch.com

MAPLEWOOD • Plans to build a bicycle-pedestrian trail through Maplewood may be falling apart.

Susan Trautman, CEO of the regional Great Rivers Greenway district, says her agency would turn back a $1.6 million federal grant because of delays by the city in approving the project.

Trautman, in a letter last week to city officials, said Great Rivers couldn’t meet deadlines for using the grant because of the time needed to look into some new “elements and considerations” that the city wanted explored.

The City Council this month tentatively endorsed one of two alternative routes for the trail but told Trautman’s agency that several city safety concerns still needed to be addressed during the design process.

Among them was the city’s request that the district continue to explore the feasibility of creating an underpass under Big Bend Boulevard at Oxford Avenue for the trail instead of a street-level crossing.

However, Trautman in her letter said “a crossing underneath Big Bend would require easements and land acquisition that take considerable time and could not be accommodated in the current scope of the project.”

The $1.6 million federal grant, awarded by the regional East-West Gateway Council of Governments, would cover part of the $4.7 million, mile-long project. The greenway district would pay for the remainder.

The route endorsed by the city would stretch from the River Des Peres Greenway trail along McCausland Avenue in St. Louis to Canterbury Avenue, Greenwood Boulevard, Sussex Avenue before turning on Oxford and connecting to the existing Deer Creek Greenway.

Mayor Barry Greenberg said the issues, which also include the trail width, were raised by him and City Council members after an extensive series of public hearings. He expressed frustration with the district’s stance and said he still wants to negotiate with the district.

Trautman said although her agency would decline the federal money, it is willing to continue talking with the city about the trail and the issues raised by its leaders.

Greenberg said he took that to mean Maplewood would have to come up with the $1.6 million itself, something he said the city doesn’t have in its budget.

Trautman said it’s possible that the district could seek another federal grant in the future.

Meanwhile, she said she has a lot of other communities that want Greenway district funding for projects “that are ready” and waiting in line.

St. Louis Alderman Scott Ogilvie, whose ward includes the existing trail along McCausland, had warned Greenberg in a letter late last month that a delay would jeopardize the federal funding. Ogilvie said that could keep the project from occurring for many years. Construction had been set to begin later this year.

As previously reported here, Interstate 44 will again be among the biggest construction-related traffic headaches for St. Louis area motorists as weather warms up.

Reconstruction of the eastbound I-44 bridge over railroad tracks around the St. Louis-Shrewsbury border will start next month, as will a new project to replace and rehab bridges between Kingshighway and 39th Street.

The I-44 work is at the top of a rundown of area projects with significant impacts on daily travel highlighted Friday by the Missouri Department of Transportation. Many will have lane closures, narrowing or shifts.

Among others on the list (with varied start dates):

• The ongoing project to widen the Poplar Street Bridge, which won’t be done until the spring of 2019.

• Highway 40 (Interstate 64) resurfacing and ramp work between the PSB and Sarah Street.

• Bridge replacement work on I-44 in Franklin County between Highways 50 and 100.

• Pavement and bridge improvements at the interchange between 40-64 and Interstate 70 in Wentzville.

• The start next fall of a four-year project to replace two I-44 bridges over the Meramec River just west of Interstate 270 and two ramp bridges between I-44 and Watson Road.

• Continued rehab work of Interstate 55 bridges in Jefferson County between Highway A and the Ste. Genevieve County line.

• I-70 pavement work from Springdale Avenue near Interstate 170 to Union Boulevard.

• The relocation of I-70 interchange ramps at Lucas and Hunt Road.

• Major interchange and outer-road revamps along I-70 in O’Fallon, Mo., from T.R. Hughes Boulevard to Woodlawn Avenue.

• Pavement repairs and resurfacing on I-270 from Manchester to I-55.

• Adding and extending turn lanes on Olive Boulevard/Clarkson Road from Chesterfield Parkway East and West to south of 40-64.

Kathie Sutin, a Post-Dispatch correspondent, contributed to this article.