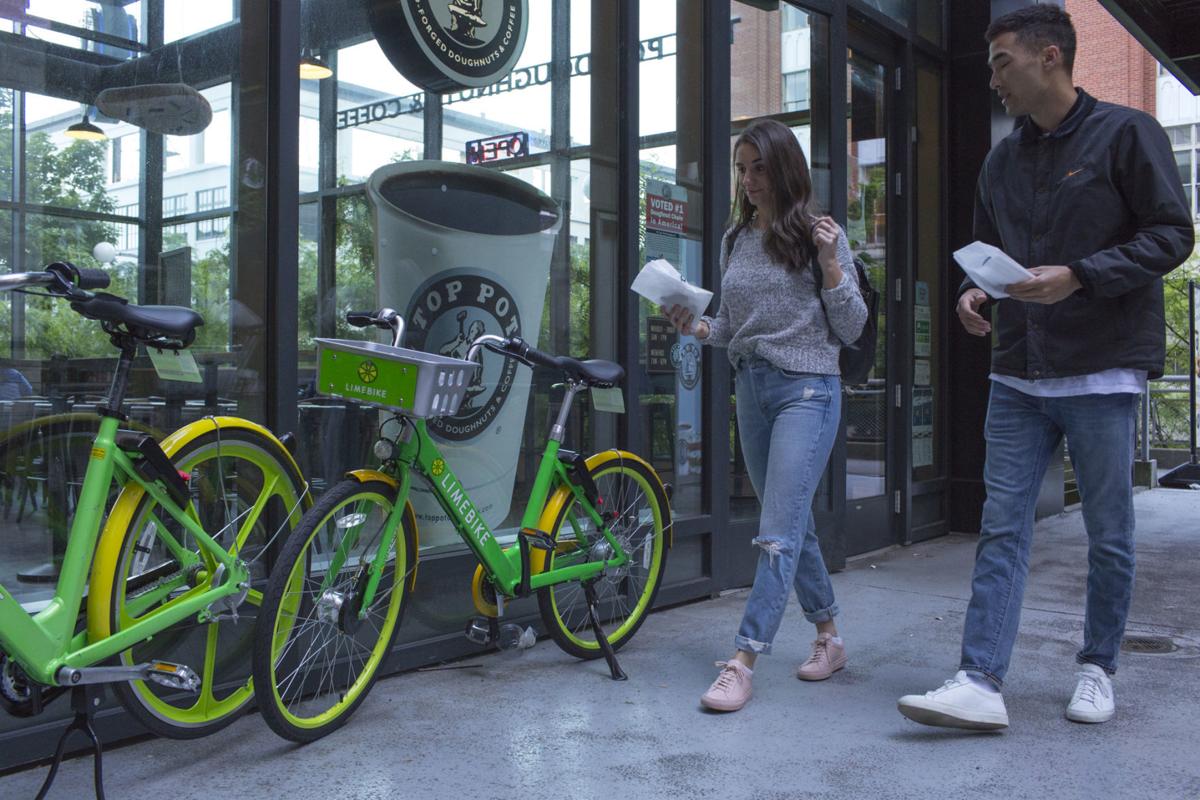 Two LimeBikes parked in Seattle, from the company's website. 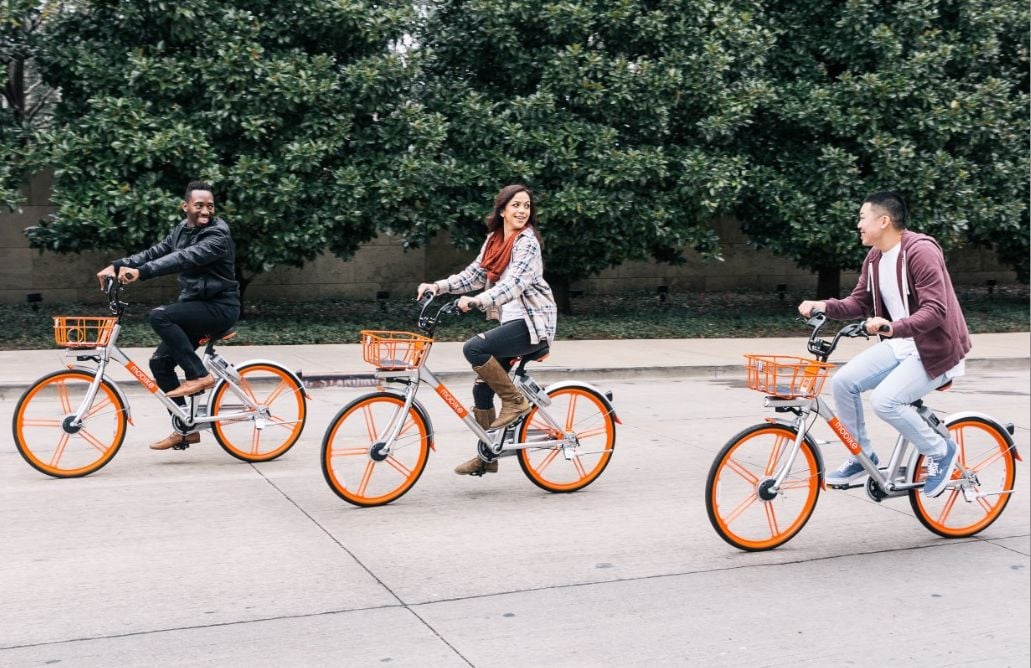 Two LimeBikes parked in Seattle, from the company's website.

Come next spring, St. Louis could finally get a bike-share program — and possibly more than one.

Deanna Venker, the city’s traffic commissioner, says five or so companies that operate systems in other parts of the country have approached city officials about expanding here.

Ogilvie has been working with Venker and others at City Hall to develop regulations for bike-share operations. Recently he introduced a proposed ordinance to authorize city agencies to carry them out.

Venker said the firms expressing interest in operating here all employed the so-called dockless business model, in which bicycles are rented for short periods of time without the use of docking stations.

Instead, customers use smartphone apps to find and pay for GPS-equipped bikes that can be parked and locked by the last previous user virtually anywhere in the company’s operating area.

In other cities, sidewalks have been the drop-off spots of choice. To supplement that, Venker said the city might reserve some street parking spaces and other locations as “bike corrals.”

If necessary, she said, the city through GPS “geofencing” could require the companies to limit bike drop-offs to those specified areas.

“We want some order and a defined location where the bikes go,” she said. “We want to make sure we don’t have congestion on the sidewalks.”

Venker said that if aldermen approved Ogilvie’s ordinance, it’s likely that at least one firm would begin operations here next spring and possible that another could do so as well.

The dockless firms, which have rapidly expanded over the past year, are an alternative to docking-station systems in place for several years in more than 100 U.S. cities such as Chicago and Kansas City. Many of those are run by or have some financial participation by local governments.

Attempts to set one up here have failed, including an effort a few months ago by the Bi-State Development Agency.

Bi-State unsuccessfully sought a federal grant to help cover $1.8 million in capital costs for a bike-share plan to start in 2019, including buying 540 bikes, setting up 60 docking stations and installing about 15 rental kiosks.

To fund operations, Bi-State had hoped to line up businesses, schools and other public agencies to supplement fees paid by bike users.

In contrast, the privately run dockless models require little or no government money. The companies foot the bill for buying and maintaining the bikes.

“We provide subsidy-free solutions,” said Sam Sadle of California-based LimeBike, one of the companies looking at St. Louis.

LimeBike got started just last June when it began offering bikes at the University of North Carolina’s Greensboro campus. It expanded since then to seven other colleges and to 12 cities such as Dallas, Seattle and South Bend, Ind.

It costs $1 to use one of the company’s bright green bikes for each half-hour; students get a half-price discount.

Mobike, a Chinese-owned firm that offers silver-and-orange bikes in Washington, D.C., and Charlotte, N.C., also confirmed it was interested in St. Louis.

Competition has occurred in several metro areas, including Washington, where five dockless companies entered the market in recent months to battle for business with the established Capital Bikeshare system. Capital began in 2010 and now has 3,700 bikes and 440 docking stations.

St. Louis officials say the initial focus of any system here is expected to be the city’s central corridor between downtown and Washington University’s main campus.

However, the city plans to require companies getting permits to deploy at least 20 percent of their bikes in lower-income neighborhoods as well.

That’s included in regulations endorsed Dec. 19 by the city Board of Public Service. The regulations, which would take effect only if Ogilvie’s bill is passed, also would require each company to pay a $500 annual permit fee and $10 a year for each bike they own.

Some of the revenue would be used to convert vehicle parking spaces to bike-share parking, moving street furniture, erecting signs and other infrastructure changes.

Companies would be required to provide 500 to 750 bikes in the first month of operation and could expand by up to 250 a month to a maximum fleet size of 2,500. That could be exceeded if approved by the city streets director.

The regulations also set equipment and insurance standards and require bikes to include a phone number users can call 24 hours a day to report safety and maintenance concerns, make complaints or ask questions.

Companies would be required to staff a local operations center with the equivalent of at least six full-time employees.

Bikes would have to be parked upright and could not block “the regular flow of travel in the public way” or impede a 5-foot clearance on sidewalks needed to comply with the federal Americans with Disabilities Act.

Bike share operators would have to provide a plan on providing incentives to customers to park safely and correctly and must pass on fees and other penalties for parking illegally.

The city also would require operators to offer alternative ways of paying to potential renters who don’t have a smartphone or credit card.

Bikes parked illegally would have to be reparked or removed within two hours of receiving notice from 6 a.m. to 6 p.m. weekdays and within 10 hours at other times.

Bicycles parked in the same location for more than seven straight days without moving could be removed by the city and taken to a city storage facility at the company’s expense.

Rutledge, Mo. • Within the hills and dales of northeast Missouri are far fewer miles of pave…

The public is invited to stop by an open house Thursday at the park's visitors center to react to a planning team's recommendations.

The study would map much of the county and determine where different ideas can be best used.