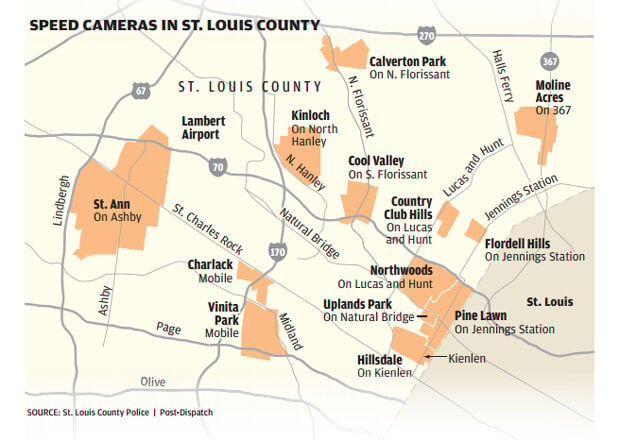 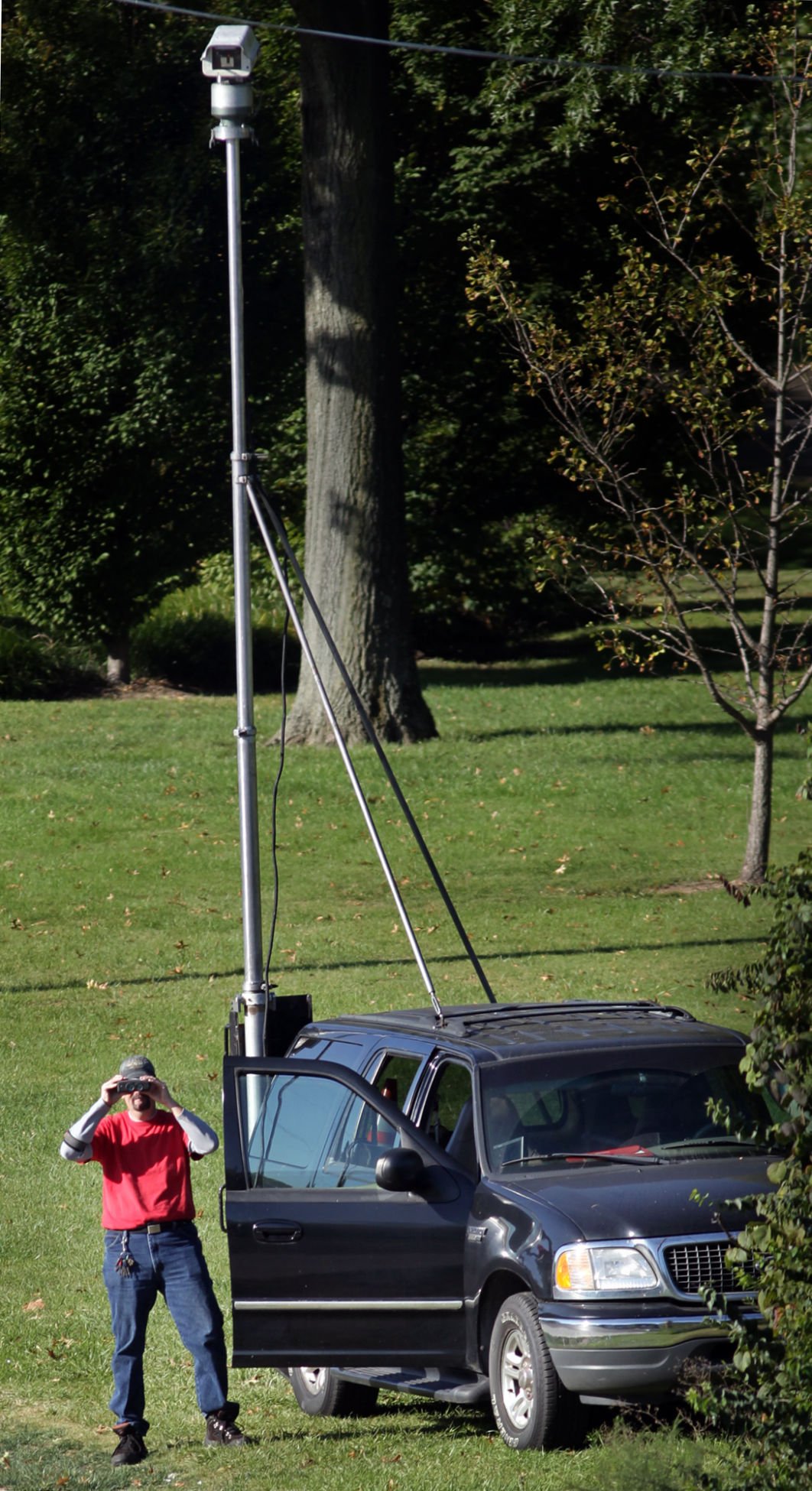 A speed camera is calibrated as it is set up on Lucas and Hunt Road in Country Club Hills on Monday, Sept 24, 2012. Photo by Robert Cohen, rcohen@post-dispatch.com

A speed camera is calibrated as it is set up on Lucas and Hunt Road in Country Club Hills on Monday, Sept 24, 2012. Photo by Robert Cohen, rcohen@post-dispatch.com

Many people driving along Interstate 70 last week became unwitting participants in a study conducted by a Sunset Hills-based speed-camera company.

The purpose was to see how many cars speed through the city of Pine Lawn on I-70 in a 12-hour period. The camera was perched at Jennings Station Road and I-70 to gather data.

The findings could lead Pine Lawn to order up a speed camera on the portion of I-70 that passes through the city limits. The city already has two speed cameras it uses on city streets.

Despite signs warning of double traffic fines in the designated Travel Safe Zone, some cars zipped past at 85 mph, he said. No tickets were generated by the study.

There is little doubt that placing a speed camera on a major interstate highway ups the ante in the raging debate over photo enforcement, which so far includes speed and red-light cameras. Tens of thousands of cars drive that stretch of I-70 each day, according to state highway traffic counts.

In July 2010, the small city of Charlack touched off a local furor by placing a speed camera on its little piece of Interstate 170. Critics decried the camera as a blatant money grab. Charlack abandoned its use on the quarter-mile stretch six months later, saying it had achieved its purpose of reducing speeds.

Just before Memorial Day weekend in 2011, the local speed-camera company — B&W Sensors — hosted a meeting in north St. Louis County to discuss preventing accidents on I-70 and applying to the state for permission to post speed cameras. Eight cities — including Pine Lawn — along I-70 had created a Travel Safe Zone, where speeding fines are doubled.

St. Louis County Police Chief Tim Fitch predicted that designating the Travel Safe Zone would be the first step toward having speed cameras on the highway.

Fitch said it is no accident that the speed cameras are popping up in economically depressed cities that need the kind of money cameras generate.

In January 2011, the Missouri Highways and Transportation Commission decided to regulate speed cameras by limiting them to certain locations. Under the commission’s guidelines, speed cameras are permitted on state highways only in school zones, MoDOT work zones and Travel Safe Zones.

A Travel Safe Zone is a stretch of highway that has “above average” crash problems.

Tom Blair, an assistant district engineer for MoDOT, said Pine Lawn approached the state “a couple of weeks ago” to conduct the traffic study. It was pitched as an effective way to determine what percentage of motorists are speeding.

Thimes added that the stretch of I-70 between the University of Missouri-St. Louis and Jennings Station Road has seen a troubling increase in fatalities.

Before a speed camera is permanently placed on the highway, B&W would first have to give its data to Pine Lawn. The idea would go to the city’s elected leaders for their OK. And a speed camera would be subjected to a “more formal review process” by MoDOT.

But it appears the groundwork is in place for the speed camera in Pine Lawn. Thimes recognizes that there are those who consider speed cameras a money grab. They’re not, he said.

Pine Lawn, he said, saw a 70 percent drop in the number of speeders photographed by its two cameras in July compared to July 2012.

“Clearly the test they are doing out there is a preview of coming attractions,” Fitch said of Pine Lawn’s study on I-70. “This is not about safety. This is about generating revenue for the city.”

But Fitch said a new state law that kicks in this year will cap traffic fines as a percentage of a city’s budget at 30 percent. If a city exceeds that threshold, the excess fine money will go to the Missouri Department of Revenue for distribution to school districts.

Traffic began flowing on three lanes of the westbound Blanchette Bridge early Friday — more than 2½ months ahead of schedule.

Before all westbound lanes can be reopened approaching the bridge on Interstate 70, workers will have to rebuild the center median barrier wall. That will require westbound traffic to shift to the right near Earth City.

Crews also are painting portions of the overhead steel truss.

MoDOT encourages drivers to use Interstate 370 and Missouri Highway 364, particularly those heading to the Festival of the Little Hills in St. Charles.

MoDOT’s contractor rebuilt most of the westbound span. The $64 million rehab project resulted in squeezing three lanes in each direction on the eastbound span.

During the past several months, traffic has been slowed by lower speed limits, and motorist-assist patrols have been stepped up to clear minor crashes.

Bike-sharing has caught on across the U.S., maybe St. Louis too

MoDOT eyes possible upgrades to corridor between I-70 and Mississippi River.

Poplar Street potholes, back to school buses and more

Ask the Road Crew your questions about commuting around the St. Louis area. Get answers from experts from MoDOT, St. Louis and St. Louis County.

Pine Lawn officer injured during struggle with man over gun.

Illinois drivers soon will be dealt a mandatory hangup

Hand-held cellphones will be illegal for drivers beginning Jan. 1.

Hitting the road for Labor Day? Get expert help beforehand

The Road Crew -- aka experts from MoDOT, St. Louis and St. Louis County -- can answer all your questions about the roads around our area and t…

Highway designated as "interstate" doesn't have to cross state lines.

Some aspects of suit sent back to trial court.

Don't get mad, get answers from the Road Crew

They can tell you why that intersection backs up, where the construction slowdowns are and more. Join them at 1 p.m.

One of the nation’s largest photo enforcement companies is suing the much smaller Sunset Hills-based B&W Sensors over technology claims.