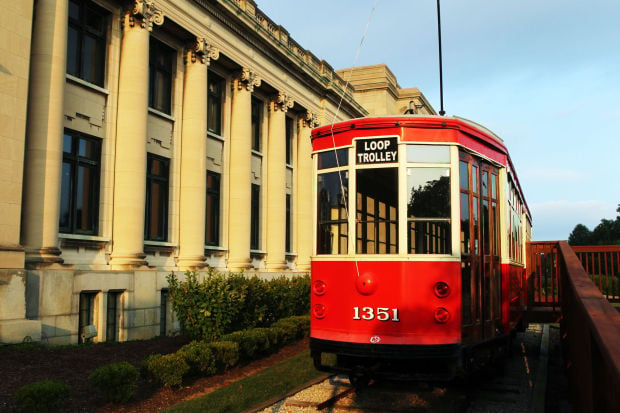 A restored trolley car on display outside the Missouri History Museum in Forest Park on Aug. 11, 2010. A proposed streetcar line would connect Forest Park and the Loop. Photo by Emily Rasinski of the Post-Dispatch 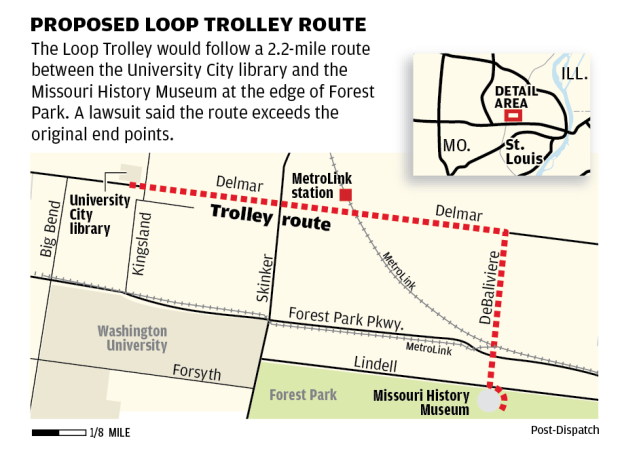 A restored trolley car on display outside the Missouri History Museum in Forest Park on Aug. 11, 2010. A proposed streetcar line would connect Forest Park and the Loop. Photo by Emily Rasinski of the Post-Dispatch

In their heyday of the 1920s, Tampa’s streetcars shuttled more than 20 million people a year across a 53-mile network in the Florida city.

“It was the mode of transportation in Tampa in the earlier years,” said Peter Mikos, the operations manager at Hillsborough Area Regional Transit.

Now, decades after being shoved off America’s urban roadways by buses and cars, streetcars are coming back — not as mass movers of people but as targeted tools of tourism and economic development.

So in 2002, the Tampa region opened its TECO Line, on which streetcars cruise a 2.7-mile path — past the Florida Aquarium, cruise terminals and the Tampa Bay Times Forum — between downtown Tampa and historic Ybor City. Nearly two-thirds of the 300,000 yearly riders are tourists.

St. Louis, waiting to move forward with its own trolley concept, is far from the only city with plans on paper or wheels already on rails.

A heavy infusion of federal dollars is fueling the efforts. St. Louis received a $24.99 million grant in 2010 for the Loop Trolley, to run from the University City Library to the Missouri History Museum in Forest Park.

But the resurgence faces growing pains. Questions dogged the Loop Trolley’s early management, and a pending federal lawsuit seeks to stop the project. In Cincinnati, the city is considering halting construction.

And some critics point to markets such as Tampa to suggest that once completed, new lines aren’t exactly teeming with passengers.

“There is no evidence that ridership is very significant or that you are going to attract very many riders,” said Randal O’Toole, a senior fellow at the Cato Institute, a libertarian think tank in Washington. He asked whether cities are “just building Disneyland rides to make yuppies happy.”

O’Toole questioned the wisdom of plowing so much government money into “obsolete transportation systems.” The modern-day version of the urban streetcar, he added, costs significantly more than buses to operate per mile and doesn’t even reach the speeds of their long-ago predecessors.

But supporters insist the U.S. is in the midst of a productive streetcar surge prompted by a return of people to urban centers and corresponding economic rebounds. A least 10 cities now operate streetcar lines, and more are on the way, advocates note.

Salt Lake City will open one this weekend.

Streetcars add to a sense of place, Guzzetti explained, and are sponsored in many cases by business associations that set up special taxing districts. St. Louis has a transportation development district.

Before work begins on the $43 million Loop Trolley, St. Louis-area officials must convince the Federal Transit Administration that they have the engineering wherewithal to pull it off.

The Loop Trolley Transportation District spent the past few months compiling information for the FTA, and expects to hear something more definitive in the upcoming days, said Chris Poehler, the district administrator.

If the experience of other U.S. cities is any guide, the questions may not end with a federal blessing.

Cincinnati voters have been debating that city’s $132 million streetcar project for several years. Josh Spring, executive director of the Greater Cincinnati Homeless Coalition, said he has voiced concerns about the streetcar, which — like the Loop Trolley — has been billed as a way to stimulate economic development.

People generally fall into two camps, Spring said. Supporters see it as a way to spur prosperity, while opponents question its price tag and value.

“We have concerns, for sure,” Spring said. “We want to make sure that our city has its sights set on what is most important in life.”

Cincinnati Mayor John Cranley could not be reached for comment. But in published reports, Cranley said he wants to halt the streetcar project there in its tracks. Last month, the FTA threatened to terminate a grant if reasonable progress does not continue. A key city council vote is set for today.

Meanwhile, the nonprofit Tampa Historic Streetcar Inc. reported in August that its ridership dropped from a high of 462,704 annual trips four years ago to about 300,000 last year.

Michael English, the chairman, blamed the recession for passenger losses and tight budgets for service reductions. He complained that the line has to pay $440,000 a year in liability insurance just because it crosses railroad tracks that carry only two freight trains a day.

“Our goal is to push funding back up,” he said, which could add more frequent trips. Expansion also is being discussed.

Guzzetti and others say the rebirth of streetcar lines has spurred economic development in places such as Portland, Ore., adding the kind of vibrancy to neighborhoods that encourages people to live and spend there.

English said that Tampa has seen “enormous economic development along the alignment. Eighty to 85 percent of residential built in our urban center has been built within two blocks of the streetcar.”

Salt Lake City is about to open its two-mile Sugar House Creek Streetcar — or S-Line — to paying passengers. The streetcar will share the corridor with a multiuse trail and a “strolling” path. Passengers will be able to transfer to TRAX, a light-rail system, at one end.

Robin Hutcheson, the transportation director there, said the project was built with a $26 million federal grant, with Salt Lake City and South Salt Lake City pitching in a combined $17.2 million to build the streetcar and “greenway.”

Hutcheson said the project is showing signs of stimulating development as well. She explained, “The streetcar is already doing a lot of what we want it to be doing.”

EDITOR'S NOTE: An earlier version of this story had an outdated map of the Loop Trolley route attached. It has now been replaced with the correct version.

Lawsuit seeks to put the brakes on Loop Trolley

The newest National Transit Database lists these cities with streetcars and the year each current system opened.

The trees along DeBaliviere Avenue between Forest Park Parkway and Delmar are coming down, making way for the $43 million trolley line. See th…