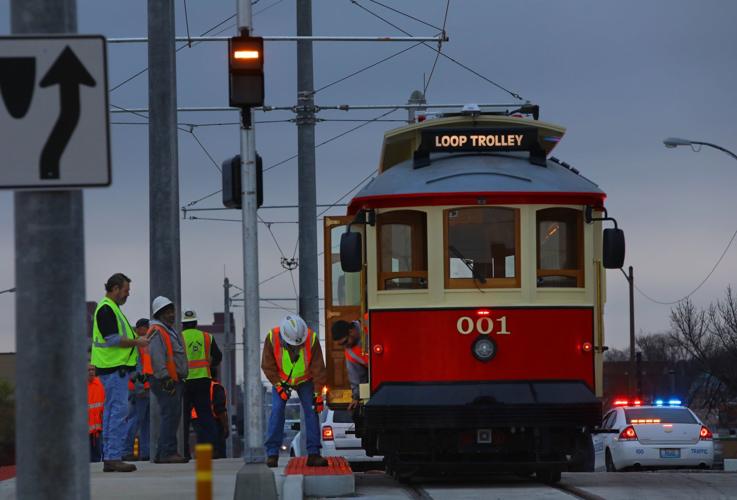 Engineers measure structural details of a Loop Trolley car on Sunday March 26, 2017, during a stop at Delmar Boulevard and Des Peres Avenue as it is pulled via pickup on it first test on the full route. Photo by Christian Gooden, cgooden@post-dispatch.com 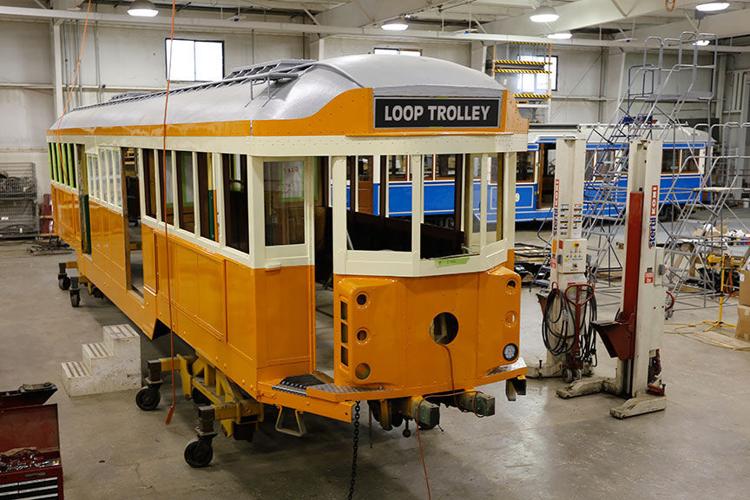 A photo on the Gomaco Trolley Co. website showing the Loop Trolley car that has yet to be delivered. 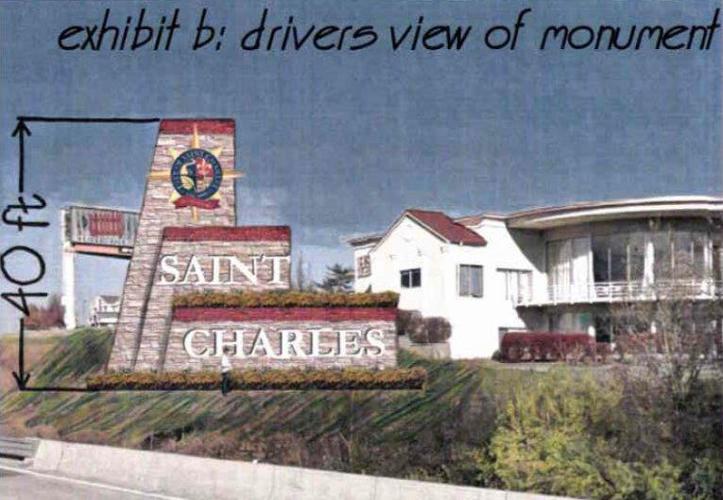 A drawing of the St. Charles welcome monument proposed for along westbound Interstate 70 just west of the Missouri River. The drawing is added to a photo of the south side of the highway in front of the Heart of St. Charles banquet center. (HANDOUT)

Engineers measure structural details of a Loop Trolley car on Sunday March 26, 2017, during a stop at Delmar Boulevard and Des Peres Avenue as it is pulled via pickup on it first test on the full route. Photo by Christian Gooden, cgooden@post-dispatch.com

A photo on the Gomaco Trolley Co. website showing the Loop Trolley car that has yet to be delivered.

When the long-delayed Loop Trolley finally begins running, it will do so on a reduced-hours basis because of a continued delay in completing the renovation of one of its three operating cars.

Meanwhile, the starting date remains uncertain, depending on the timing of final approval from federal and state regulators.

But because of the delay in finishing the third car, Loop Trolley Co. executive director Kevin Barbeau said trolley officials have decided to operate at first for only about two-thirds of those hours. Barbeau said the regulators made that recommendation.

The company president, Les Sterman, said the reduced-hours approach would amount to a soft opening. “Hopefully, we’ll get the third car in service in August,” he said.

He said trolley officials decided against another alternative — holding off the start of operations until the third car is ready. “We don’t want to delay the opening any more,” he said.

Sterman said the specific initial hours of operation won’t be announced until after discussions with merchants and other affected parties.

Under normal operations, two trolley cars are to be in use simultaneously, with the third a backup while the other vehicles are in maintenance. The reduced hours will allow enough time for maintenance.

In addition, Sterman said, “at times of peak usage, when there’s an event in Forest Park or something else, it would be nice to put three cars into service.”

The third car, used previously on a trolley line in Seattle, is being renovated by Iowa-based Gomaco Trolley Co.

Sterman said it’s 14 months overdue because of a series of issues, including delays in getting some parts from Germany.

Once the work in Iowa is done and the car is delivered to St. Louis, it will have to undergo detailed testing. Testing is continuing with the two other cars.

The line will run from the western end of the Delmar Loop in University City to the Missouri History Museum in Forest Park.

Meanwhile, the state Supreme Court refused April 3 to take up an appeal of lower-court rulings against an attempt to derail the trolley project. That ends court challenges to the trolley line, Sterman said.

A proposed 40-foot high St. Charles welcome sign costing up to $1 million will be scaled back by city engineers after running into criticism on the City Council.

That was a rough estimate of the cost of erecting the stone and brick facade monument along westbound Interstate 70, along with related landscaping and utility relocations.

It and other alternatives were outlined in a briefing paper submitted to the council before its April 10 work session. The document also noted that staffers were trying to reduce the cost to $500,000.

But that also was too high for some council members, although no vote was taken.

“I’m fine with doing some things like that around town, but clearly not at that price,” Councilman Dave Beckering said in an interview.

Councilman Tom Besselman said there are other more important city needs, such as providing better access from the east to a Schnucks-anchored shopping plaza on First Capitol Drive in his ward.

And besides, he said, “everybody knows where St. Charles is, don’t they?”

The city’s director of engineering, Jerry Hurlbert, said his staff will try to further trim the cost by reducing landscaping and possibly the height of the sign. He hopes to have a new version by the end of the year.

Mayor Sally Faith said she and her administration want a distinctive entrance to the city and St. Charles County for motorists crossing the Missouri River from St. Louis County.

“We’re trying to work with the council to get something people can see as they’re driving by at 60 mph,” she said.

Whatever plan the council agrees to also would need approval from state and federal transportation officials.

St. Charles’ monument would be the latest in a series of municipal welcome signs of various types across the area.

O’Fallon, Mo., over the past five years has erected eastbound and westbound welcome signs along Highway 40 (Interstate 64).

Brentwood a few years ago put up a welcome area featuring fountains, landscaping and irrigation at 40/64 and Brentwood Boulevard. That cost about $1.5 million, said city spokeswoman Janet Levy.