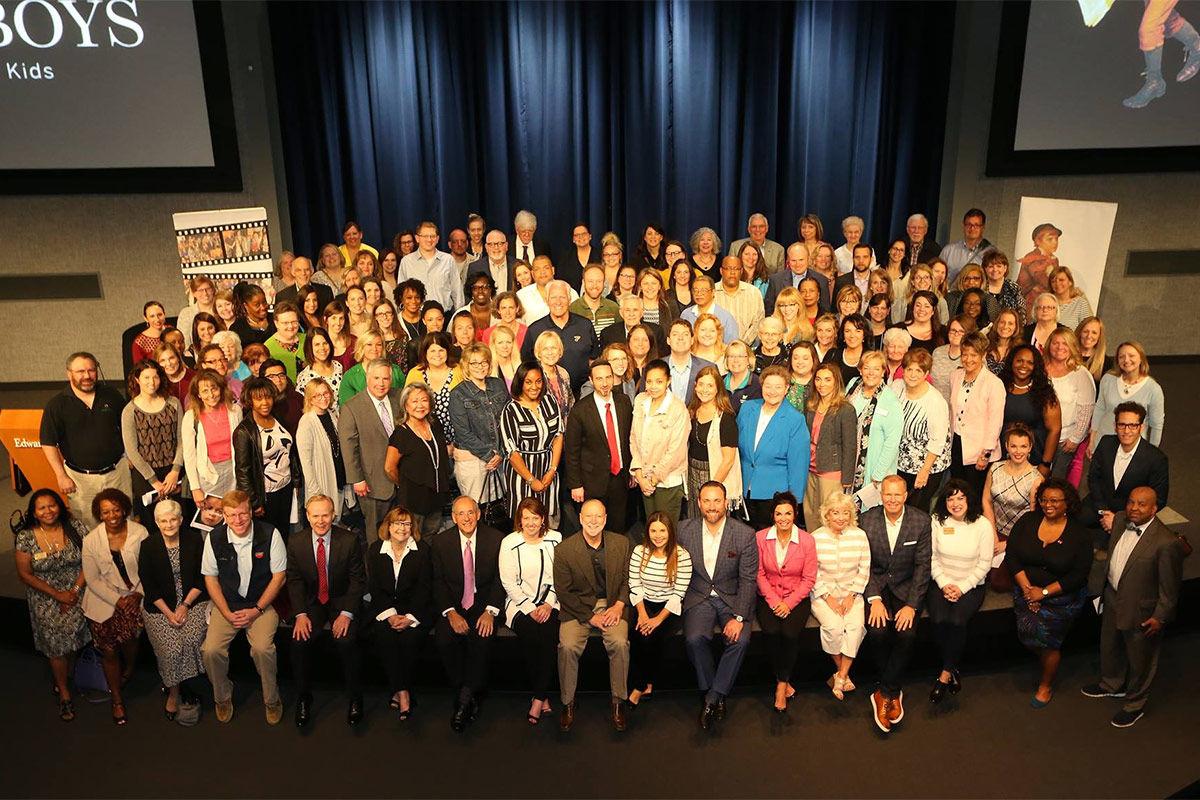 We awarded grants to nearly 150 local charities serving children in need. Thank you for all the good work done in our community!

We awarded grants to nearly 150 local charities serving children in need. Thank you for all the good work done in our community!

There are many charities in St. Louis, but perhaps none of them is as extensive or synonymous with St. Louis, as Old Newsboys, now a charitable project of the St. Louis Post-Dispatch.

Old Newsboys is a non-profit organization that has raised millions of dollars for hundreds of area children's charities. Fund-raising activities occur throughout the year. However, once a year, as suggested by its namesake, money is raised with special editions of the newspaper sold for donations at hundreds of street corners. The project involves thousands of volunteers and contributors.

Many families with deep roots in the St. Louis area help keep the tradition of Old Newsboys strong. We hope that all St. Louisians join in and contribute generously to this worthy effort. Old Newsboys has a long history of community commitment, an asset that provides an umbrella for at-risk children. All funds collected go to the charities.

Duncan Bauman of the Globe-Democrat started Old Newsboys Day in 1957. This year's campaign was Friday, November 16, echoes the dream of his commitment. To him, it was not just an event. It was a catalyst for community involvement, where individuals from all walks of life — Rotarians, businesses, organizations, high school students, families, friends — could join together for a common goal: to sell a special edition of the newspaper and raise much-needed funds for multiple charities that serve Metro St. Louis' children.

Funding helps ensure every child in the St. Louis area has an equal opportunity to live a healthy, educated life. The fund is often called the "charity of last resort" because small, in-the-trench charities rely on these grants to avoid being at the road's end for supplying necessary items like food, clothing and medical supplies.

The Suburban Journals assumed stewardship of the Old Newsboys Day project in 1988, shortly after the demise of the daily Globe-Democrat morning newspaper. The St. Louis Post-Dispatch is at the helm of the campaign for the fourth year. Now celebrating its 63rd campaign for kids, Old Newsboys has raised more than $20 million to benefit hundreds of local children's charities.

The tradition continues on Thursday morning, November 21, 2019. A week before Thanksgiving committed volunteers wake up very early in the morning, put on their customary smile and Old Newsboys Day apron and take to the streets to raise money for children's organizations funded by the Old Newsboys Fund for Children. Thousands of volunteers, no matter the weather, stand outside on hundreds of street corners. The special-edition of the newspaper is written by area high school students and highlights regional charities that benefit from Old Newsboys funding.

Post to your own accounts using the following hashtags

We can’t wait to see and share your updates and photos!

The mission of Old Newsboys is simple — to ensure that children who are at risk in our community, because of abuse or poverty, receive adequate food, shelter, clothing, medical care and are provided equal opportunity for social development.