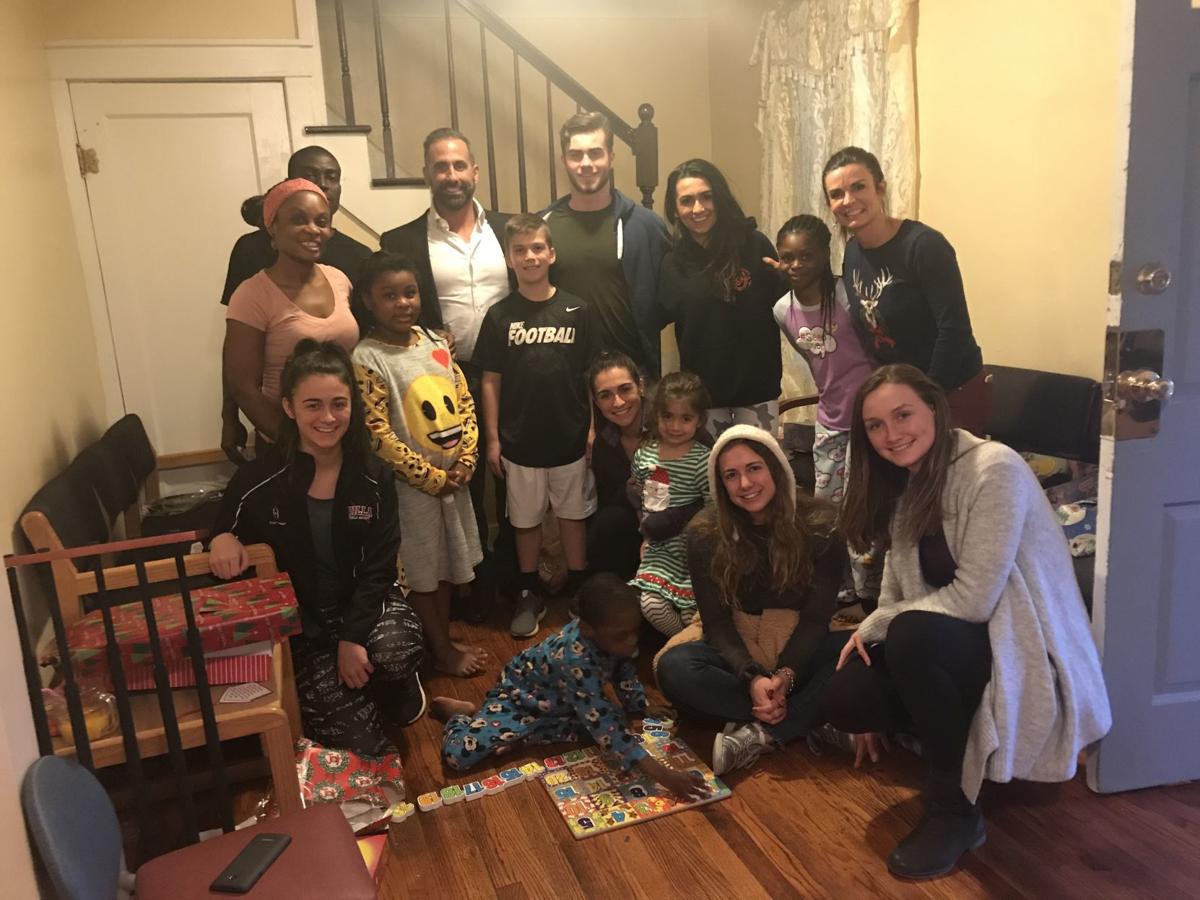 Doug and Molly Sansone and their children deliver Christmas presents to members of a family who came to St. Louis as refugees from Liberia and they have helped through FIRST (Friends of Immigrants & Refugees of St. Louis), a charitable organization they oversee. 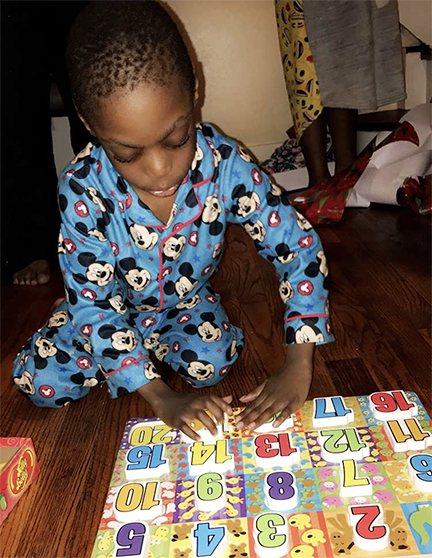 The human spirit is alive and well in children, whether they are born in a free land or saved to live in one. ALIVE helps immigrants and refugees who have arrived in St. Louis.

Doug and Molly Sansone and their children deliver Christmas presents to members of a family who came to St. Louis as refugees from Liberia and they have helped through FIRST (Friends of Immigrants & Refugees of St. Louis), a charitable organization they oversee.

The human spirit is alive and well in children, whether they are born in a free land or saved to live in one. ALIVE helps immigrants and refugees who have arrived in St. Louis.

It was a family experience for the Sansones. “Going back years and years ago, my mother and father supported a nun who worked out of St. Pius X Catholic Church on Grand Avenue. This modern-day Mother Teresa had absolutely no funding to help the people who were coming to our country legally to look for a better life,” said Doug Sansone.

Doug and wife Molly Sansone are co-chairmen for the 2018-19 Old Newsboys Campaign.

As the family grew up and became involved personally in charitable organizations, the next generation helped Sister Paulette Weindel, too. It naturally evolved from what they heard and learned around the family dinner table.

“We started assisting and my mom and dad sort of transitioned the reins over to us. We formalized the effort into a 501(c)(3) charitable organization, FIRST, to befriend immigrants in St. Louis. After all, somewhere in all our families’ histories, we were immigrants,” he noted.

Molly Sansone agreed about the important mission of FIRST (Friends of Immigrants & Refugees of St. Louis - http://firststl.org). As chairmen of Old Newsboys this year, the Sansones have designated it to receive a $10,000 grant as the 2018 Chairmen’s Charity of Choice.

“Mostly these people are escaping war-torn countries and come here with nothing. They leave most of their families behind and come here legally. Little kids are involved and it is an eye-opening situation for ourselves and our own kids. There is always a big conversation with them on how important it is to help these people,” she said.

Offered a helping hand from big hearts, newcomers get “a leg up” on the new system as they negotiate the way through resettlement. “When they arrive, they have no money and don’t understand the culture. Their English is not good. We simply help out those human beings so they can thrive in our society. It is a matter of human dignity.”

The FIRST organization includes a board of directors, of which the now-retired Sister Paulette is a member. Doug’s sister, Cindy Finney, and her family are primary helpers, too. Relatives and friends interested in the plight of refugees serve on FIRST’s board to make a difference in the lives of people fleeing from other countries.

“Those who needed help always found Sister Paulette,” Doug said. “She heard by word-of-mouth and she would call us. A sewing machine, some heaters. We would go to the store and buy them and deliver them to Sister. It was important to be able to provide 30, 40, 50 window air conditioner units to an apartment in oppressive heat.”

To his older sister, demands on people fleeing homelands gives them “hero” status. Finney said. “If this be you or me, we would take our families to get freedom against oppression, too. Some go back later and there is no one left. These people are just like us but they have lost everything to war - including their families.”

FIRST, she added, follows Sister Paulette’s philosophy. “The real goal, as Sister would say, is to get them to be good, contributing members of society. To do that, we just do basic things for them.”

Whether they provided uniforms and school supplies for children in elementary school or helped pay rent until a mom could go to work, they have seen FIRST’s success.

An influx of Vietnamese started the campaign. From an early Vietnamese family, a daughter who now works at the International Institute sometimes connects FIRST with specific needs.

“A lot of hardworking people came at one time from Bosnia,” Molly Sansone said about their path to becoming citizens. “Now, you see so many of these families rehabbing their neighborhoods. They have started groceriesand become thriving citizens in the community.”

Refugees from Sudan, Afghanistan, Somalia and Eritrea are among those helped.

Doug and Molly and their children delivered Christmas presents to a family from Liberia last year. Illness and family health challenges have extended their involvement.

“We adjust to what they are facing. Sometimes there is a little more desperate situation through illness or tragedy or greater needs of the children, so we help them a little longer,” Molly added.

Education is a primary objective upon arrival, Finney said, but no one who is hungry cares to do homework, so FIRST concentrates efforts on food, rent and gas bills.

“One time when we delivered items like window air conditioners, Doug, who was only a teen then, helped take up a table and ended up emptying all the money out of his pockets to those people,” she said.

Human emotion is universal, she noted. “They live in fear, but respond with gratitude and joy.”