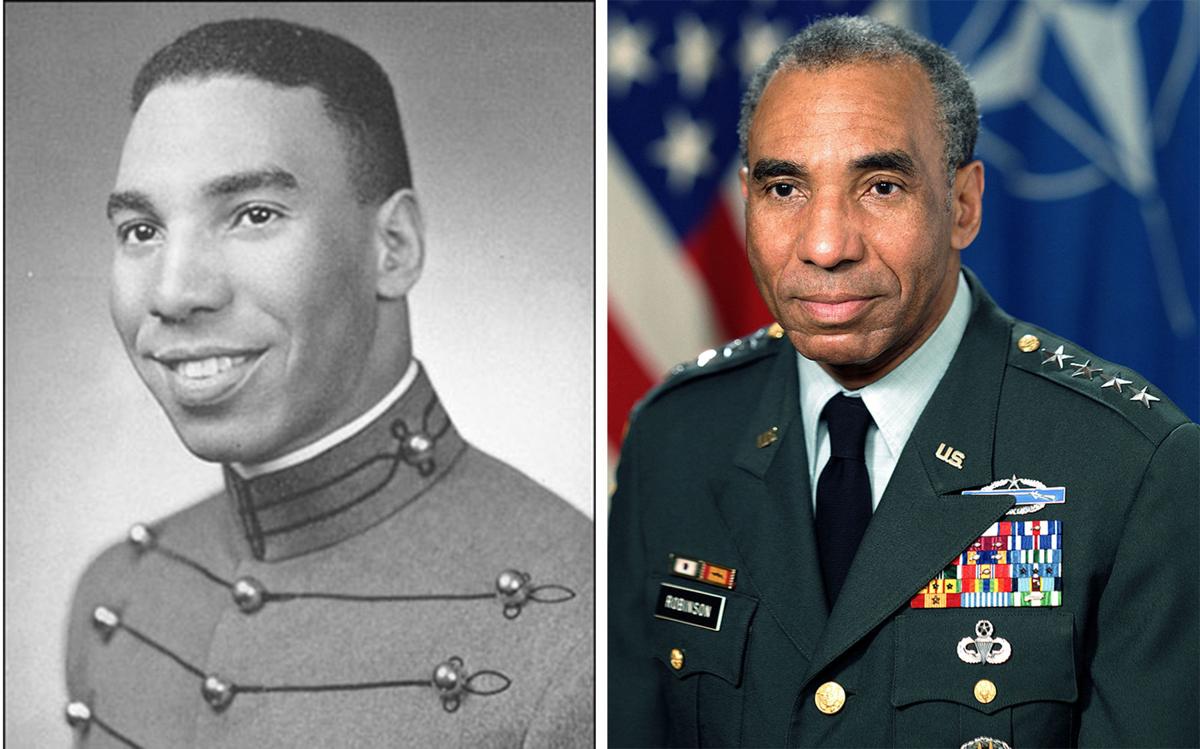 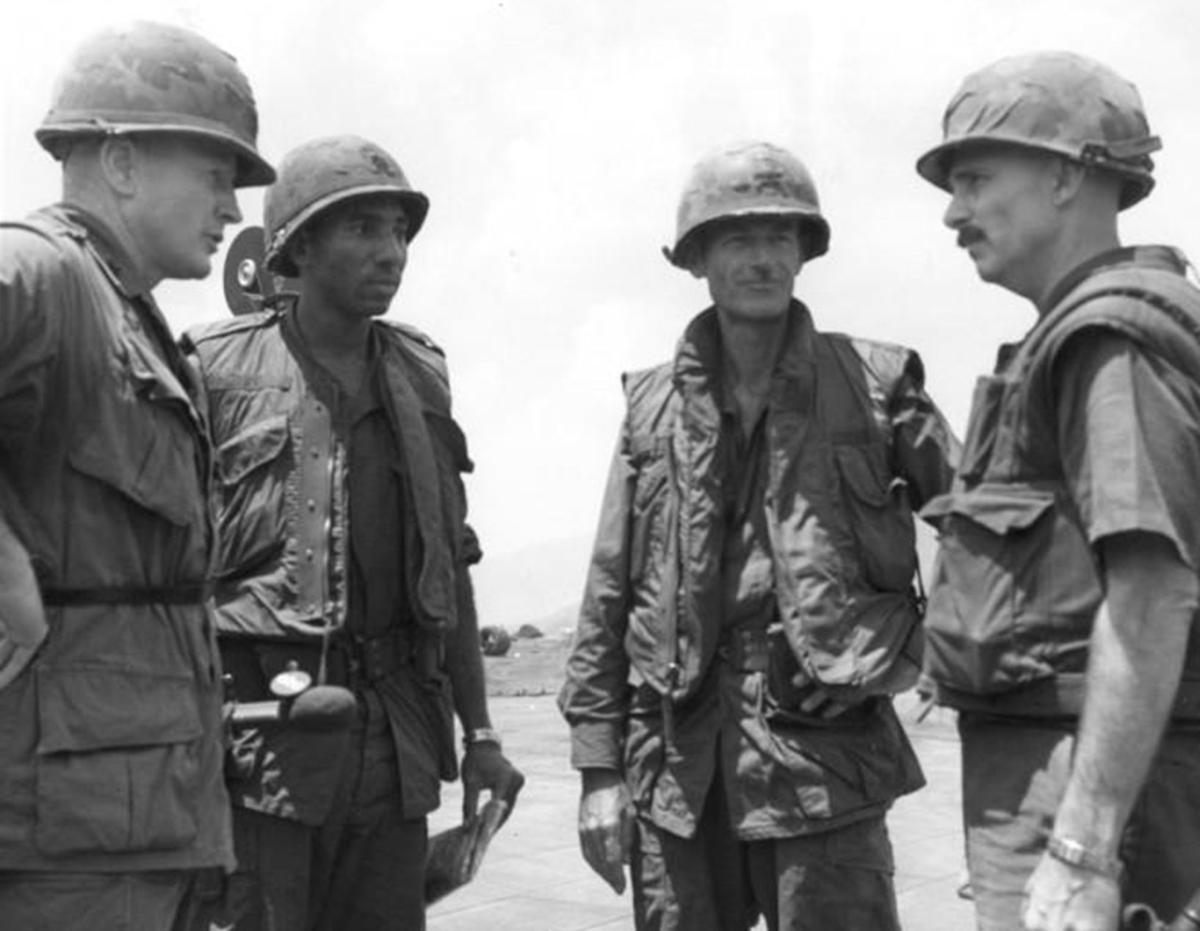 It is long past time for our city to recognize one of its stars. St. Louis should honor the U.S. Army’s first African-American four-star general with a star on the Delmar Loop’s St. Louis Walk of Fame. General Roscoe Robinson Jr.’s upbringing in St. Louis and subsequent service in the Army through a time of great tribulation clearly exemplify that he is worthy of a star. His life should serve as inspiration for all Americans, particularly at this time, since he clearly stands for all that is great in our country. West Point honors him, as does the University of Pittsburgh. The Loop should make space for a third U.S. Army general.

Robinson was born in 1928 into a blue-collar family in St. Louis city, where he would attend what was the first high school for black students west of the Mississippi River — Sumner High School. His father worked in a foundry during the toughest times of the Great Depression and wanted more for his children. In his oral history, Robinson said that his father refused his request to work in the foundry at age 16, telling him to focus on his education. This set him on a path to enter the nearby, venerable St. Louis University. But that was a brief stop.

During his year at St. Louis University, Robinson earned an appointment to the United States Military Academy at West Point with the class of 1951. He acquired the nickname “Robby” as a cadet. Nicknames were common practice at the academy for years. Still, his experience in the Hudson Highlands and in the U.S. Army would be quite different from his white classmates. Robinson was one of only four black students in his class that graduated 475. Upon graduation, they entered an Army in its early stages of racial integration, spearheaded by the legendary Gen. Matthew Ridgway.

As a young officer, Robinson served with distinction in the hot conflicts of the Cold War. Personnel moves resulting from racial integration led Robinson, a newly commissioned infantry lieutenant, to a combat assignment on the Korean Peninsula. His leaders in the 7th Infantry Division (all white) recognized Robinson’s potential early, almost immediately giving him infantry company command — usually reserved for captains.

By 1968, he was in Vietnam commanding the 2nd Battalion (Airmobile), 7th Cavalry Regiment in the famed 1st Cavalry Division. He led his battalion in harrowing times in the aftermath of the Tet offensive, earning two Silver Stars and a Distinguished Flying Cross. Once, he landed his helicopter in the midst of heavy fire to evacuate five of his wounded soldiers near Khe Sanh. Robinson was a warrior.

Robinson’s senior officer commands took him all over the world. After commanding one of its brigades, he continued to break barriers serving as the commanding general of the 82nd Airborne Division. He was an inspiration in this role, particularly to the African American paratroopers, in Fort Bragg, North Carolina. He finished his career as the commanding general of U.S. Forces-Japan, and then as the U.S. Representative to the North Atlantic Treaty Organization (NATO) Military Committee. His was the face for the United States military all over the world.

Sadly, in July 1993, only eight years after he retired, Robinson lost his final battle — against leukemia. Less than two months before he passed into the ranks of academy’s “Ghostly Assemblage,” the West Point Association of Graduates awarded Robinson the prestigious Distinguished Graduate Award. Robinson’s actions in his twilight weeks should resonate among all Americans now. In the obituary by his West Point classmates in 1993, they wrote about the day he received the award, saying, “Roscoe was having one of his bad days and went in front of the Corps [of West Point cadets] in a wheelchair, but he stood firmly at attention during the playing of the National Anthem.”

After his passing, West Point named the southern auditorium of its main academic building after this St. Louis native. “Rob Aud” is probably the best known auditorium on campus by modern-era cadets. The University of Pittsburgh’s Graduate School of Public and International Affairs, where Robinson earned a masters degree, memorializes him with a lecture series “to foster discussion and understanding of key issues related to diversity in public service.”

Andrew P. Betson of the Gateway ROTC Battalion is a major in the U.S. Army, graduate of West Point, and professor and chair of the military science department at Washington University. The thoughts and ideas expressed are the author’s own, and do not necessarily reflect those of Cadet Command, the U.S. Army, its Military Academy or the Department of Defense.

Leonard Slatkin: What happened to my city?

St. Louis should lead the nation in dialogue and reconciliation. Sunday's confrontation near the mayor's house was a step toward the abyss.

Gwen Swan: The 'Karens' versus the 'Mindys'

Mindy is my white daughter-in-law. She has loved my beautiful black son fiercely, passionately and unconditionally for almost 20 years.

Leonard Pitts Jr.: You can support your country or Trump, but not both

It comes down to a binary choice. Either he is a monster or an ignoramus.

The history of oppression inflicted on Blacks is profound and ongoing. But wanton destruction of statues often reflects historical ignorance.

Gov. Mike Parson should veto a bill that would ban state contracts to businesses that honor the international boycott of Israel.

To many today, Louis IX was no saint. But there's much more worth considering before heeding protesters' demands to remove his statue.

As the Trump campaign flounders under the accumulated weight of the pandemic, the economic crisis, the mass protests and a Twitter account plu…

When it comes to a question of science, don’t trust the scientists — trust your Realtor.