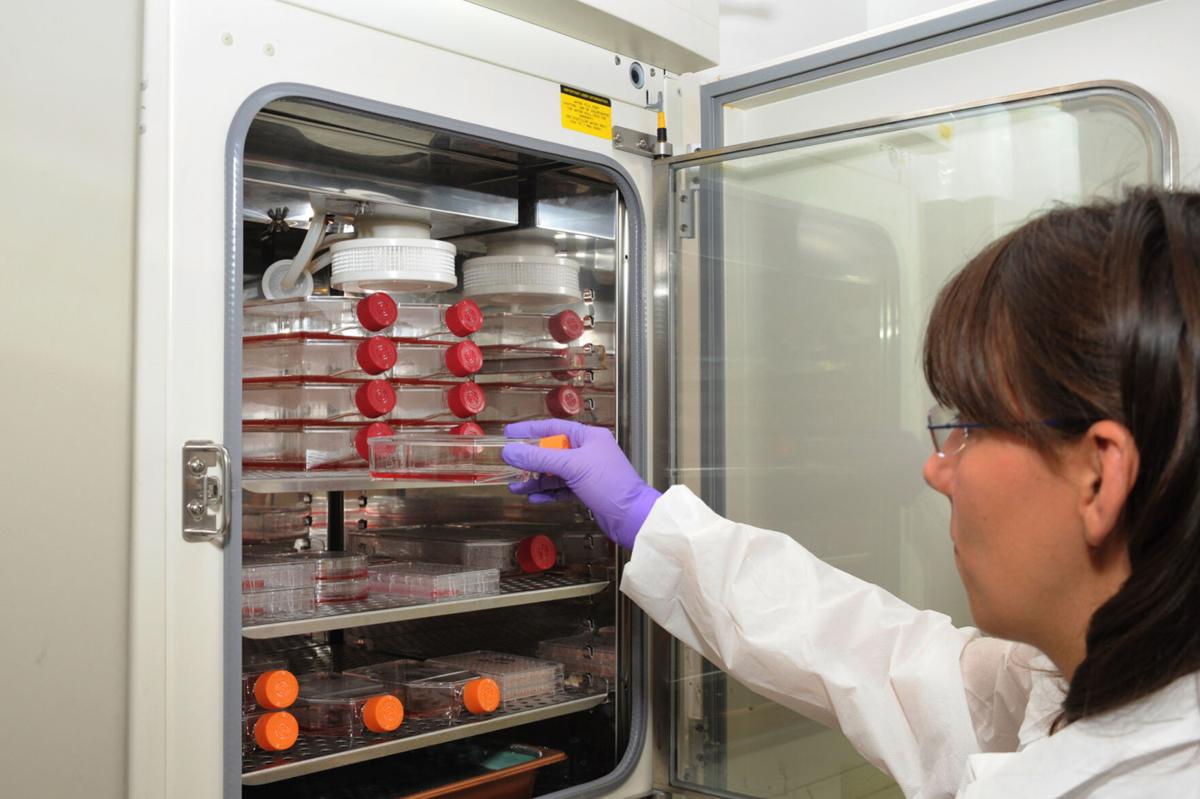 A researcher places HeLa cells in an incubator at 37 degrees Celsius at a lab at the National Cancer Institute in order for them to multiply. The cancerous cells, originally taken from Henrietta Lacks in 1951 without her knowledge or consent, were the first human cells that could be grown indefinitely in a laboratory. The cells have been crucial for key developments in such areas as vaccines and cancer treatments. 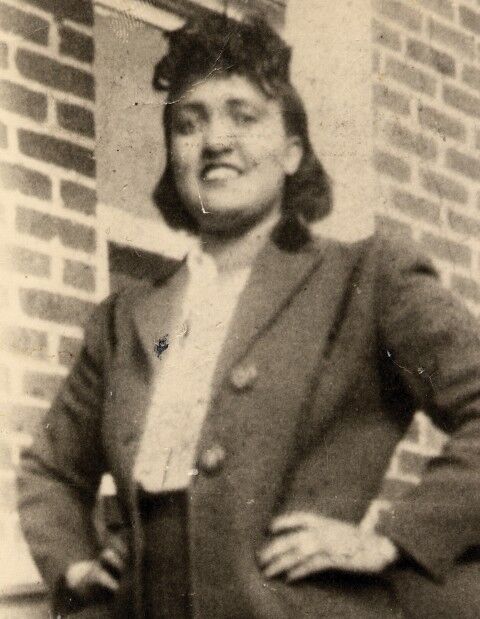 This 1940s photo made available by the family shows Henrietta Lacks. In 1951, a doctor in Baltimore removed cancerous cells from Lacks without her knowledge or consent. Those cells eventually helped lead to a multitude of medical treatments and formed the groundwork for the multibillion-dollar biotech industry.

Commemorative observations such as “The World Health Organization honors Henrietta Lacks, whose cells changed medicine” make it easy to neglect the pain caused to her and her family. On Oct. 13, the World Health Organization’s director-general bestowed a posthumous award to Lacks, and while it is meaningful that Lacks was finally recognized for her sacrifice nearly 70 years after her death, it is frankly too little, too late.

Lacks was an African American woman suffering from ovarian or cervical cancer in the 1950s. She was seeking treatment at the Johns Hopkins Hospital when a sample of her cells was sent to an oncology researcher without her consent. Soon it became evident that her cells, known as HeLa cells, differed significantly from other cells. HeLa cells were immortal in that they continued to multiply even upon removal from her body. Consequently, these cells were highly dependable to use as models for the development of treatments, vaccines, etc.

By using her cells — again, without her consent — researchers were able to understand how human cells react to and metabolize various substances and treatments. However, while scientists used HeLa cells to make strides toward major advancements, Lacks and her family were kept in the dark and were never told that Hopkins was in possession of her cells, let alone that they were being used for research.

Lacks’ family recently sued Thermo Fisher Scientific Inc., a biotechnology company, for continuing to unfairly profit off of selling HeLa cells without consent. This lawsuit is long overdue, and biotech companies such as Thermo Fisher must be held accountable for their involvement in bypassing consent and the right to autonomy.

The Lacks family will never be able to regain what was taken away from Henrietta Lacks: her right to autonomy, self-determination and respect. While there is nothing that can be done to fully remedy the injustice that occurred, the bare minimum that can be done is to financially compensate her heirs. If the Lacks family wins the lawsuit and Thermo Fisher is forced to pay for its role in the matter, a big step would finally be taken toward establishing responsibility for reaping wrongful profits at the cost of marginalized individuals and communities.

Furthermore, financial compensation on the part of the biotech company should be the next step in honoring Lacks’ legacy and her contributions to medicine and biotechnology, in addition to the recent award bestowed upon her by the World Health Organization.

HeLa cells have aided in the production of the polio vaccine, cancer treatments, AIDS treatments, as well as the recent coronavirus vaccines. In total, it is estimated that her cells have saved over 10 million lives. Overall, Lacks spearheaded current-day biotech processes of using human cells for research and development, such as using clonal growth of mammalian cells to test if a cell line is cancerous, and for that her legacy needs to be honored with more than a mere award.

It is important to note that while there was no standard protocol for research subjects when this case took place, current medical practices should be the basis for determining the Lacks family’s right to financial compensation. This is largely because, unlike other circumstances from that time period, HeLa cells continue to be used (for profit as well as for the benefit of humanity), and these cells can be proven to belong to Lacks.

Current medical practice overwhelmingly indicates that close family and friends must be given the power to make medically related decisions for those who are incapacitated or deceased. Thus, since her cells are still being used, they should be subject to current protocol, which would give her family control over decisions relating to her cells. By modern standards, any recurrence of this situation with a current patient would constitute a gross violation of patient rights, furthering the argument for why the Lacks family deserves financial compensation for this infringement.

The story of Henrietta Lacks is one that highlights the shortcomings of the American health care and biotechnology system. Most importantly, the Lacks case emphasizes the concept that autonomy and consent are still sometimes treated as a privilege rather than as a right. While the newly filed lawsuit against Thermo Fisher is not a solution to these systemic issues, holding accountable those benefiting from injustices may be the first step in the long journey ahead.

Moving forward, biotech companies should be mindful of the methods by which they make profit, and more specifically be conscious of those who are negatively affected by their successes.

Neha Bharadwaj is a senior undergraduate student studying public health at the Johns Hopkins University, and her academic and research interests include maternal and child health, medical ethics, and educational equity.

EDITOR'S NOTE: This op-ed has been updated to reflect that, although Henrietta Lacks was first diagnosed with ovarian cancer, subsequent diagnoses listed it as cervical cancer.

McDermott: Yes, Michael Vick did his time, but why must society reward a convicted sadist?

In this era of prominent people behaving badly and seeing no societal (as opposed to legal) consequences, Vick’s story is instructive.

Kunapareddy: I’ve lived in Missouri most of my life, but I can't become an American citizen

There are 200,000 young people like me whose parents have documented immigration status, yet we are stuck in visa limbo.

Absence of vocal outrage by the Gym Centre and its patrons doesn't equal endorsement of a city blight designation.

There's a wrong assumption that anyone who challenges his own party is a traitor. When the party is wrong, it has to be called out.

Why would they do this?

People assume way too much about folks on the other side. That's dangerous for democracy.

Williams: Locally, nationally and globally, inequity imperils us all

Michael Paul Williams — a columnist with the Richmond Times-Dispatch — won the 2021 Pulitzer Prize in Commentary "for penetrating and historically insightful columns that guided Richmond, a former capital of the Confederacy, through the painful and complicated process of dismantling the city's monuments to white supremacy."

Wesley Bell: Kevin Strickland, the rule of law, and the arc of justice.

A new law enabled the state to consider evidence not available in Kevin Strickland's 1979 trial. Now he is exonerated.

Hutt: Flynn's city upon a hill

Flynn's version of America as an exclusively Christian nation bears no resemblance to the Founders' vision.

A researcher places HeLa cells in an incubator at 37 degrees Celsius at a lab at the National Cancer Institute in order for them to multiply. The cancerous cells, originally taken from Henrietta Lacks in 1951 without her knowledge or consent, were the first human cells that could be grown indefinitely in a laboratory. The cells have been crucial for key developments in such areas as vaccines and cancer treatments.

This 1940s photo made available by the family shows Henrietta Lacks. In 1951, a doctor in Baltimore removed cancerous cells from Lacks without her knowledge or consent. Those cells eventually helped lead to a multitude of medical treatments and formed the groundwork for the multibillion-dollar biotech industry.