Nitrogen. It doesn’t get all the climate change attention of its elemental neighbor, carbon. But it’s nearly 80% of every breath we take, though our lungs can’t absorb it. Nevertheless, our bodies still need it, as it’s an essential atom in proteins, DNA, and many other molecules. So we must ingest it, and we get most of it from the protein we eat.

But nitrogen plays a growing role in human practices that are boosting the rate of global warming, which is why we need to pay closer attention to the role nitrogen plays in our lives — including the nitrogen fertilizer we use on our farms and lawns.

So-called “nitrogen-fixing” bacteria are present in soil, invisibly converting nitrogen into simple, water-soluble forms (primarily nitrates), which are absorbed by plants and transformed into the myriad nitrogen-containing molecules of life.

And that’s what all changed about a century ago. A pair of German scientists, Fritz Haber and Carl Bosch, won separate Nobel Prizes for developing a chemical process that heats methane to very high pressures and temperatures (900 degrees Fahrenheit) in the presence of air. Under these extreme conditions, the normally inert nitrogen becomes reactive, generating ammonia, a gas that can be applied on the farm or converted into other inorganic fertilizers like urea. Practiced globally, the process directly releases around one billion metric tons of carbon dioxide into the air each year.

As any lawn owner knows, applying the correct amount of fertilizer makes your grass greener than your neighbor’s and also accelerates the pace at which you must mow it. For agriculture, it has played the primary role in the global acceleration of crop yields that fueled the amazingly rapid growth of global population in the years following World War II.

The “doubling-time” of humanity’s total numbers reached a zenith of about 30 years in the early 1960s. This growth rate has since slowed, but it has still been calculated that the total amount of food needed to feed everyone during the first half of this century will be more than all the food eaten by humanity in all of the previous millennia.

That’s a lot of protein and a lot of nitrogen. Unfortunately, protein is not the only form of nitrogen being generated in this accelerating race to feed ourselves. The levels of nitrates in many of our surface waters are far above “natural” concentrations, contributing along with excess phosphorous to unsightly algae blooms and seasonal dead zones wherever highly populated drainage basins deposit these excess nutrients, such as in the Baltic Sea, Lake Erie, the Gulf of Mexico, and in nearly all of the seas surrounding Asia.

This is about where the name of the Rev. Thomas Robert Malthus is sometimes invoked. His hypothesis about the intrinsic instability of human population has yet to be proven one way or another, ultimately. As a student of the Bible, Malthus knew of the pestilence, war and famine that book portends. Of these, famine is seemingly being banished by the Haber-Bosch process.

But is this really sustainable? Seeing the poor water quality in so much of our world and watching climate-worsened bushfires engulf Australia, the answer is clearly no. We must change how we turn nitrogen into protein. Soon.

As another Nobel laureate, Bob Dylan, pithily concluded at the end of “Idiot Wind”: “It’s a wonder we can even feed ourselves.” Indeed it is. In order to continue, we must find better ways to do so.

David I Gustafson, Ph.D., is an independent scientist who uses modeling to help food systems meet human nutrition needs in more sustainable ways. He is founder of the St. Louis Reconciliation Network, which is working to heal race relations.

Missourians should unite against granting eminent domain to a proposal to build a transmission line across northern Missouri.

The 1,100 career federal prosecutors who stood together to defend Justice Department integrity are the true heroes on this matter.

Karan Pujji: The FDA was caught unprepared when tobacco-21 went into effect

Throughout the past few years, states have been taking steps toward raising the legal age of buying tobacco products to 21 years. This policy,…

Technical education without humanistic formation runs the risk of horrific effects on a global scale.

The 2020 census has turned into a political weapon to influence the reapportionment process by which states are represented in the House.

For most of my life the rule of thumb was that the GOP was the ideological party and the Democratic Party was the coalitional party.

Clean energy is quickly becoming one of the pillars of a strong 21st century economy. It requires a modern transmission network to deliver it.

A catfish appears on the shoreline in the algae-filled waters of North Toledo, Ohio, in 2017. Ohio is rolling out a new strategy to save Lake Erie from the toxic algae that overwhelms it in the summer. 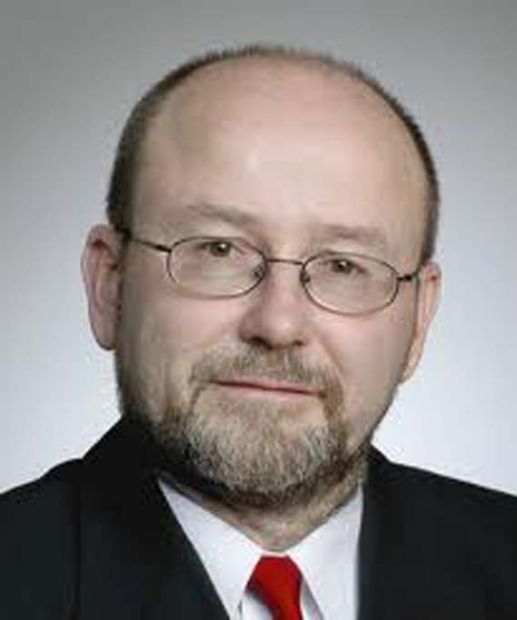