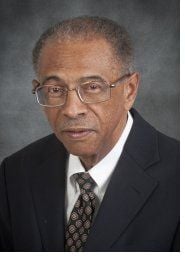 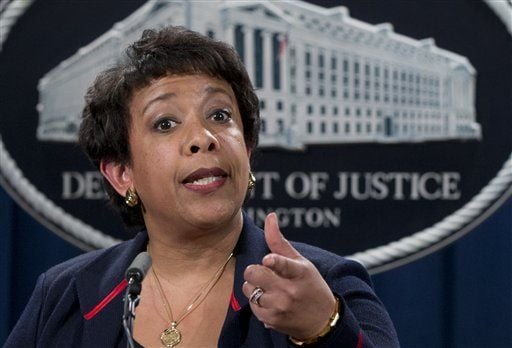 Attorney General Loretta Lynch speaks about Ferguson during a news conference at the Justice Department in Washington on Wednesday, Feb. 10, 2016. The federal government sued Ferguson on Wednesday, one day after the city council voted to revise an agreement aimed at improving the way police and courts treat poor people and minorities in the St. Louis suburb. (AP Photo/Carolyn Kaster)

It is really terribly confusing and exasperating that the City Council of Ferguson has in effect rejected the agreement that its representatives negotiated with the U.S. Department of Justice.

Having served as the chief negotiator for faculty at my college for eight years and several other organizations for six years, I understand how the process works. It is a mystery as to why the Ferguson City Council rejected the negotiated agreement with the DOJ. The negotiation team for the city had to have some idea as to whether the council would accept the agreement. Although the agreement would be costly to implement, it has a good chance of being successful and would address the concerns of those who agree that change in the city is necessary.

It was obvious that the DOJ would file a suit against the city. This was the case because after all those months of negotiation, they finally reached an agreement, and the negotiators agreed to it supposedly in good faith. Therefore, the DOJ had no choice but to file a lawsuit against the city as Attorney General Loretta Lynch stated. Otherwise an agreement with the opposing party would not have any meaning.

This agreement is not like a regular contract agreement between two parties in a work situation where rejection would not result in automatic legal action. If the city or any city were allowed to simply change an agreement upon its own without the consent of the DOJ, agreements would not have a definitive meaning.

As has been reported, some residents have suggested that the city reject the agreement and allow the Justice Department to sue because it would be cheaper, and a new Republican federal administration would probably overturn a negative decision against the city. This logic is flawed, because there is no certainty that the next president of the United States will be a Republican. Further, if this were the case, there is no guarantee that the future administration would change or would even be able to change a negative decision against the city. Under the circumstances, there is little chance that the city can win this suit.

Feelings have been expressed that it would be less expensive for the city if it allowed the DOJ to sue because the city would be otherwise bankrupted and would have to disband or dissolve. One major problem with this position is that to defend the suit could cost the city $8 million to $10 million. In spite of the fact that the estimated cost to the city is $2.7 million to $3.7 million the first year to implement the changes originally agreed to between the city and the DOJ.

Is it really worth taking the chance of losing this suit? Is it in the best interest of the city to take a chance of almost being certain of losing and will almost be certain to have to disband as opposed to implementing the agreement and having a fairly good chance of survival?

Of course that is for the City Council to decide, but it seems that it would have be in the best interest of the city and its residents if they accepted the original agreement and worked to implement it.

The Post-Dispatch was too quick to condemn the practice of rehiring workers who retire from public service and collect pensions.

Cimbala: Republicans and Democrats both need to get past Trump

For both parties, future election prospects and the cause of national unity require them to put the former president behind them.

Collins: Just say no to new schools in St. Louis and yes to quality education

St. Louis requires a brazen commitment to investing in a strong public education system that reaches every child, regardless of neighborhood.

Lynn Schmidt: Revive and expand the concept of national service

A national service movement would restore the nation's tattered sense of unity.

Attorney General Loretta Lynch speaks about Ferguson during a news conference at the Justice Department in Washington on Wednesday, Feb. 10, 2016. The federal government sued Ferguson on Wednesday, one day after the city council voted to revise an agreement aimed at improving the way police and courts treat poor people and minorities in the St. Louis suburb. (AP Photo/Carolyn Kaster)