The Super Bowl, enshrined in legend and legacy, is celebrated across the United States and viewed by millions of football fans worldwide, in living rooms, bars, and locker rooms, alike. The 2014-2015 NFL season saw many positive strides being made in many key areas related to NFL player health and safety. This year’s advances in medical research, technology, education and treatment protocols, have resulted in a decrease in injuries and an improvement in player health on and off the field, including a 25 percent decrease in concussions over last season.

Similar to the 2013-2014 season, this season’s NFL players have experienced fewer concussions and anterior cruciate ligament among other key injuries. This continued decrease can be attributed, at least in part, to an increased awareness of injury risk factors, rules changes designed to improve player safety, player education, and on-field monitoring. The culmination of these efforts by the NFL, NFLPS, Professional Football Athletic Trainers Society, Unaffiliated Neuro-trauma Consultants, and other key stakeholders, including dozens of doctors and scientists who work on a voluntary basis, have made today’s players safer than ever before.

Starting three years ago, athletic trainers were placed in every NFL stadium at skybox level to be the “eye in the sky” to quickly identify and communicate with sideline medical personnel any potential injury or player behavior indicative of a potential injury. This trained medical observer with a “bird’s eye view” of the field has served as a valuable resource to team physicians and athletic trainers. Coupled with the new sideline video monitor devoted to the replay of injuries that can be reviewed only by members of the medical staff, I can see immediately not only if, but also how my player is injured which enables me to know the best course of treatment. For example, a high ankle sprain is treated differently from a low ankle sprain and has a different prognosis. Differentiation between these two injuries is often difficult on the initial sideline examination, but is easier to spot on video. Such monitoring has become a vital addition to the diagnostic tools made available to NFL medical staffs in recent years.

Another technological addition to the on-field medical tools used by the NFL’s medical staffs are headsets and walkie-talkies designed to improve sideline communication during the game. Each team has its own dedicated frequency that allows the medical teams to speak only to each other such as when they are on different ends of the field and are immediately needed or when a player is taken into the locker room or x-ray department and an update regarding his condition is required. This simple, yet effective, tool allows quick communication on a crowded and often frantic sideline.

This season, all 32 NFL teams implemented a league-wide electronic medical record system to preserve the medical records of thousands of NFL players. Previously, each teams’ medical staffs relied on hard-copy paper charts and film x-rays for all medical encounters during a player’s career. The new EMR system enables team physicians and athletic trainers to accurately store and organize all medical data, including past medical history, physical examinations, injuries, laboratory studies, imaging, and daily treatment notes into an encrypted system accessible only by the player’s current team’s treating medical staff. The system is HIPAA compliant and completely portable, in that up-to-date information will be stored as a player moves from one team to another.

Another feature of this EMR system is that all player medical records will be available on the sideline in a portable handheld tablet that can be accessed immediately if a player is injured. Information, such as prior injuries, drug allergies, and current medications can be quickly identified in order to enhance the ability to diagnose and treat injuries in a rapid, yet safe and accurate fashion. In no other environment is a person’s complete medical record available at the click of button within seconds of a serious injury or condition.

NFL football will always be associated with a certain risk of injury given its inherent contact as well as the size, strength and speed of modern-day players. The NFL, under the leadership of Roger Goodell, in addition to the efforts of the NFLPS, PFATS, the NFL Head, Neck and Spine Committee and dozens of unaffiliated doctors and scientists who all work tirelessly to make player health and safety its number one priority. Such an emphasis should ensure that football in America will have an enduring future that is safer than ever before.

Lynn Schmidt: This is how they back the blue?

On Capitol Hill, hypocrisy is on full display as House Republicans shun the Jan. 6 hearings and the officers victimized by it.

After the anger expressed over the St. Louis County mask mandate, those asserting their rights need to understand exactly what rights are.

History is rife with examples of pandemics and injustices, and people who ignore the warnings.

Richard Kyte: Suffering from burnout? Here's how to stop feeling so exhausted

Opinion: The key to resolving burnout may not be working less but rather working more deliberately at the things that give us energy. 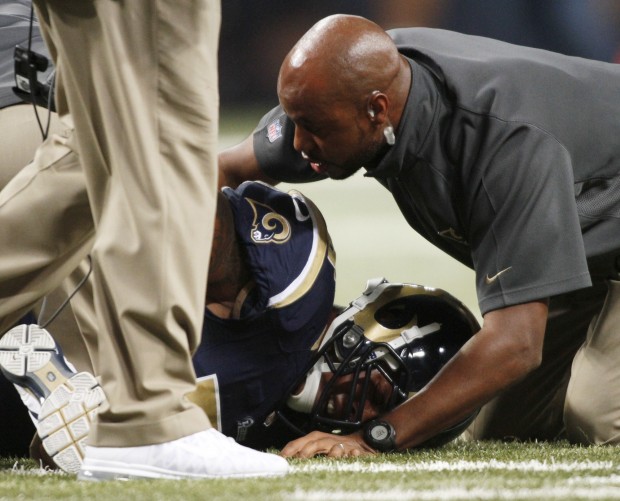 Rams trainer Reggie Scott (right) tends to injured offensive tackle Rodger Saffold after Saffold was injured advancing a fumbled ball in first quarter action during a game between the St. Louis Rams and the Washington Redskins on Sunday, September 16, 2012 at the Edward Jones Dome in St. Louis. Photo by Chris Lee, clee@post-dispatch.com 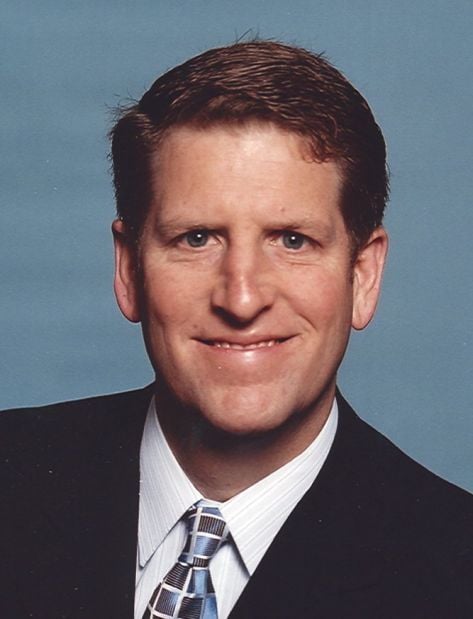