The citizens of Missouri pulled off an amazing feat in the last election. Despite the rancor and divisiveness that defines so much of our modern politics, Republicans, Independents and Democrats came together in 2018 to pass Amendment 1, also known as Clean Missouri.

I was proud to support the Clean Missouri amendment on the 2018 ballot. The amendment changed the state constitution to clean up Missouri politics in various ways, but above all by reducing the role of politics in the way state House and Senate districts are drawn. The power that partisan and special interests have in drawing these lines was diminished in favor of a nonpartisan state demographer, whose work would then be reviewed by a citizen commission that must hold public hearings.

Astonishingly in today’s environment, the amendment passed by an almost 2-to-1 margin statewide and won a majority of the vote in every single state Senate district — from the Bootheel to the Iowa border. It was an overwhelming mandate for good government, of the people, by the people, for the people.

Now, however, the people’s amendment is under attack. In the midst of the current public health crisis, our state Legislature is seeking to place a new constitutional amendment on an upcoming ballot. It would overturn voter-approved redistricting reforms before they could ever take effect. Instead, it would substitute a redistricting scheme more extreme than Missouri has ever seen. Indeed, if the proposed constitutional amendment is fully enacted, Missouri’s legislative maps could be more gerrymandered than any in the country.

That’s saying something. Gerrymandering — the practice of drawing the boundaries of legislative districts to benefit particular legislators, parties, or interests — has a long history in American politics. By some estimates as many as 90% of Missouri’s legislative districts have already been rendered noncompetitive, which is part of what prompted the reform in 2018. But those legislators seeking to overturn Amendment 1 like having safe districts.

All of this may sound rather dry and technical, but in reality it is not. In fact, it is an issue that gets to the very heart of our democratic government. Let me explain.

When district maps are drawn to benefit a political party — whether Democrat or Republican — the incumbents in these districts don’t need to worry about the general election; it’s already in the bag. So for these protected legislators, building coalitions, bringing people together, and competing for swing voters are a waste of time. In fact, these efforts might even be counterproductive. The party primary is the election that counts for these protected legislators. Unfortunately, however, most Americans don’t bother to vote in primaries, so the few partisans who do call the tune. And those few, by definition, tend to be the most motivated, the most politically passionate — the most extreme.

The upshot is obvious: Incumbents get pulled toward the extremes in their own party. The majority of voters — the moderates who make up the center of the citizenry — get ignored.

I know from my own experience how different it is when candidates do have to compete for the center. When I was running for office, whether for Missouri Attorney General or U.S. Senator, I ran in statewide elections where every voter mattered, and every vote counted. If I wanted to win, I had to meet with all kinds of voters, hear their concerns, and earn their trust.

That, I believe, is how it should be. Because that system generates leaders who represent the majority of their voters and who can work with other officials, who in turn represent the majority of their voters. That’s the kind of system, I might note, that produced the situation Missouri enjoyed for many years in the U.S. Senate. The state’s two Senators — myself and Tom Eagleton — came from different parties but had a close working relationship. The ultimate beneficiaries were the people of Missouri.

You can forget that kind of situation, however, if Clean Missouri gets dumped for the plan the legislators want to put before voters this year. You’ll just see more partisanship and extreme politics than ever.

That’s why in 2020, the Legislature must stop its attempts to overturn voters. If it insists on attacking voters, I will vote no on the legislators’ gerrymandering amendment and encourage every Missouri voter to do the same. The integrity of Missouri’s democracy is at stake.

Republican John C. Danforth is a three-term former Missouri U.S. Senator who also served as Missouri Attorney General and U.S. Ambassador to the United Nations. Danforth is an ordained Episcopal priest and helped lead the “Republicans for Amendment 1” coalition in 2018.

French: City should strive for zero population growth to stem the ongoing exodus

As St. Louis prepares for more disappointing census results, leaders should try asking why St. Louisans leave and better serve those who stay.

Janet Y. Jackson: Some argue that officers can't tell a driver's color before a stop. Nonsense.

An editorial about race-based traffic stops prompted readers to challenge whether police can see the driver's color. Of course they can.

Not all aspiring doctors are great test-takers or academic wizards. There are ways to nurture their talents rather than reject them outright.

A city like St. Louis with layers of entrenched problems requires long-term strategies and lots of patience from the citizenry. 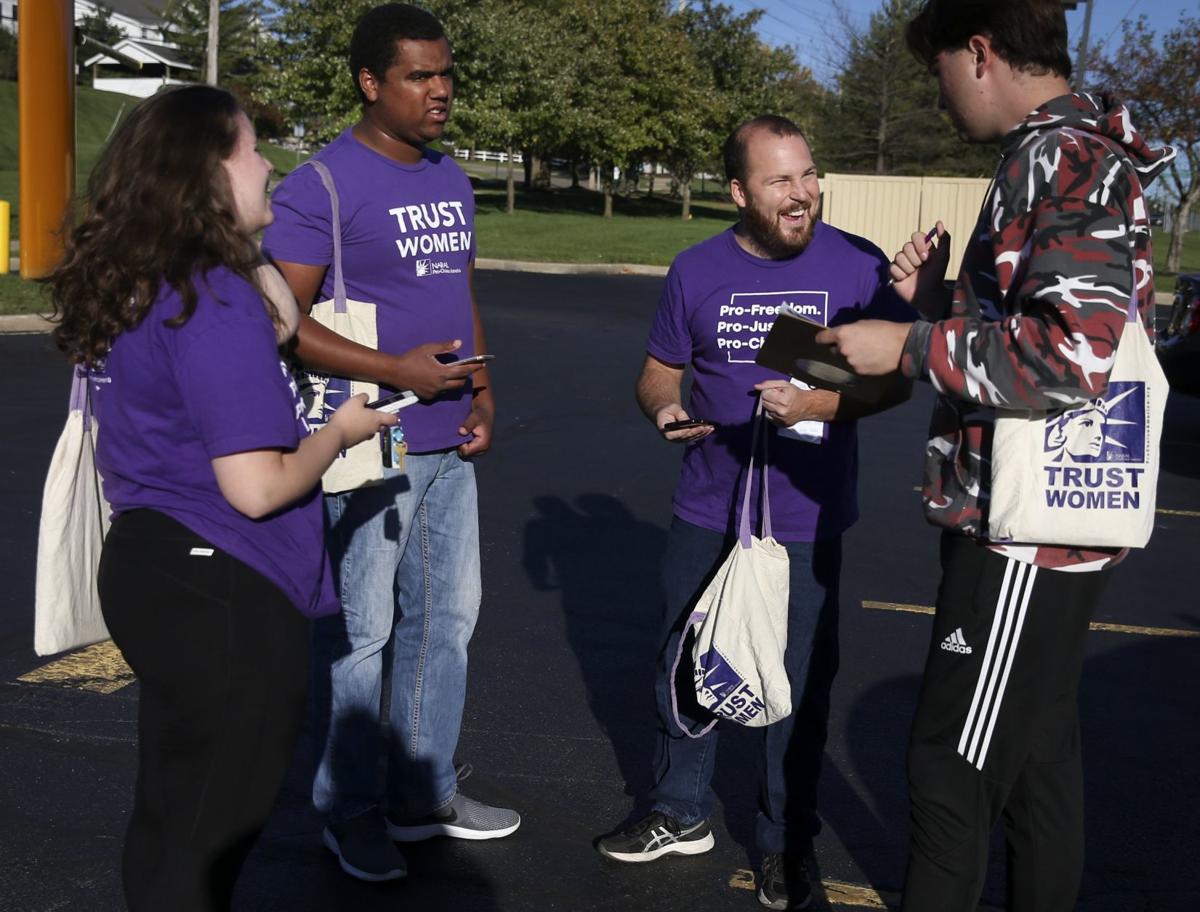 Political organizers (from left to right) Lauren Hamby, Jarvis Bailey, Mike Lhotak, and Brian Wingbermuehle check their phone app to discuss what streets they will be canvassing to support Clean Missouri on Oct. 11, 2018, in Creve Coeur. 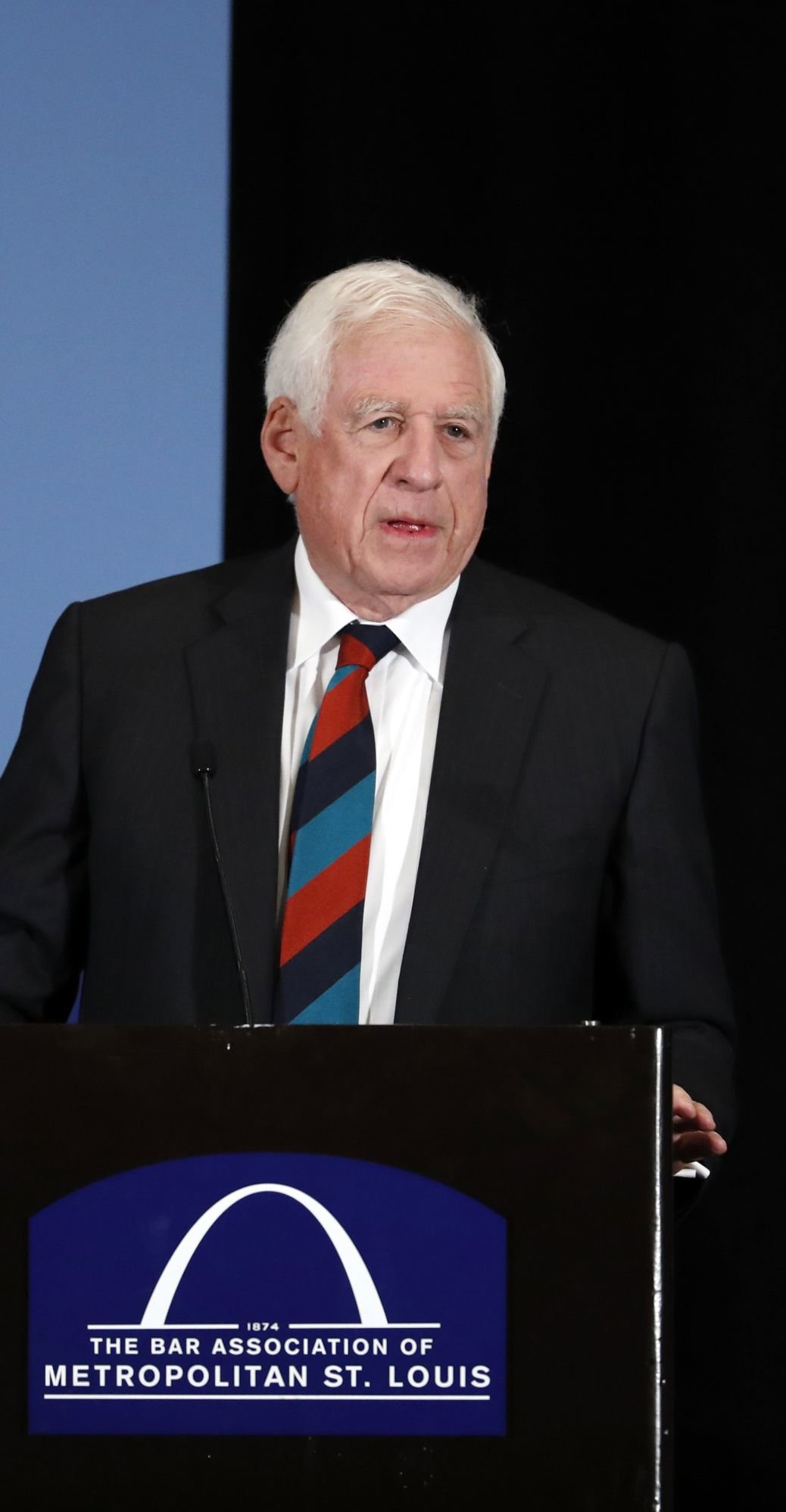