McDermott: Downtown once rose from the rubble. Rising from the pandemic could be harder.
0 comments
Share this
{{featured_button_text}}
1 of 2 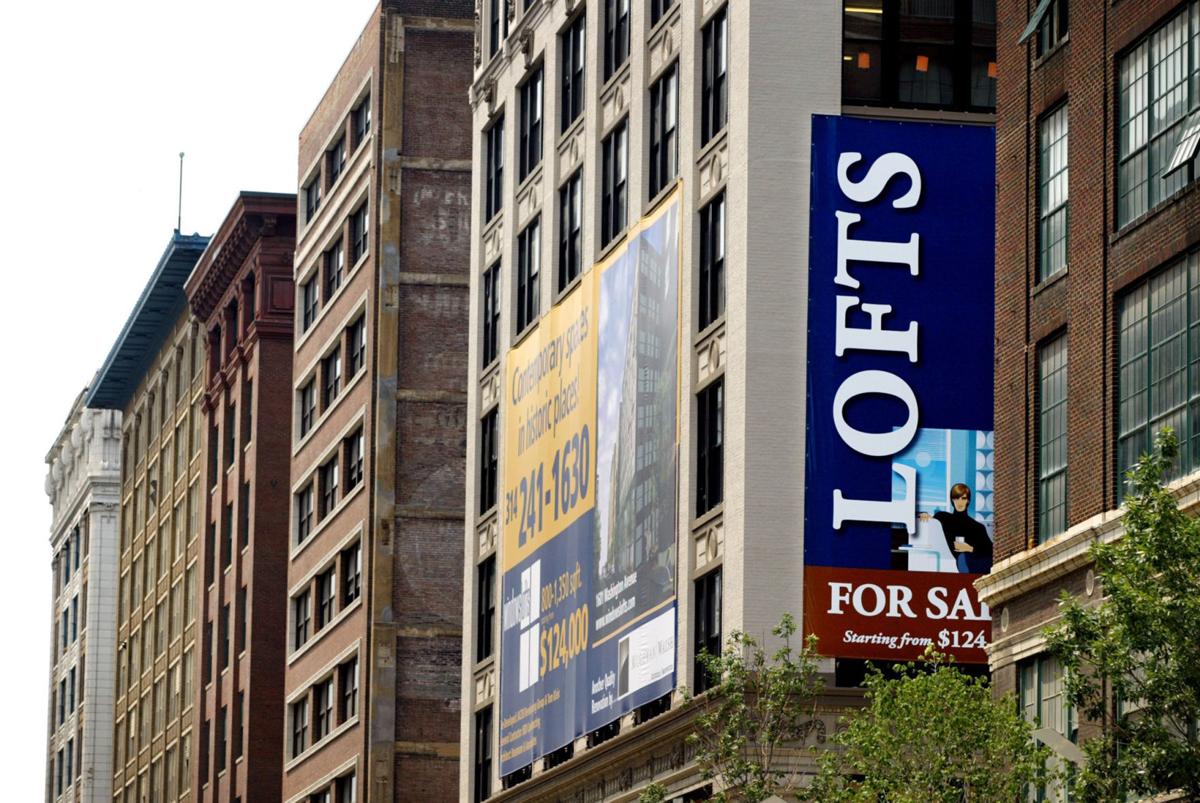 Many banners along Washington Avenue advertise available loft space for purchase and rent in 2005. 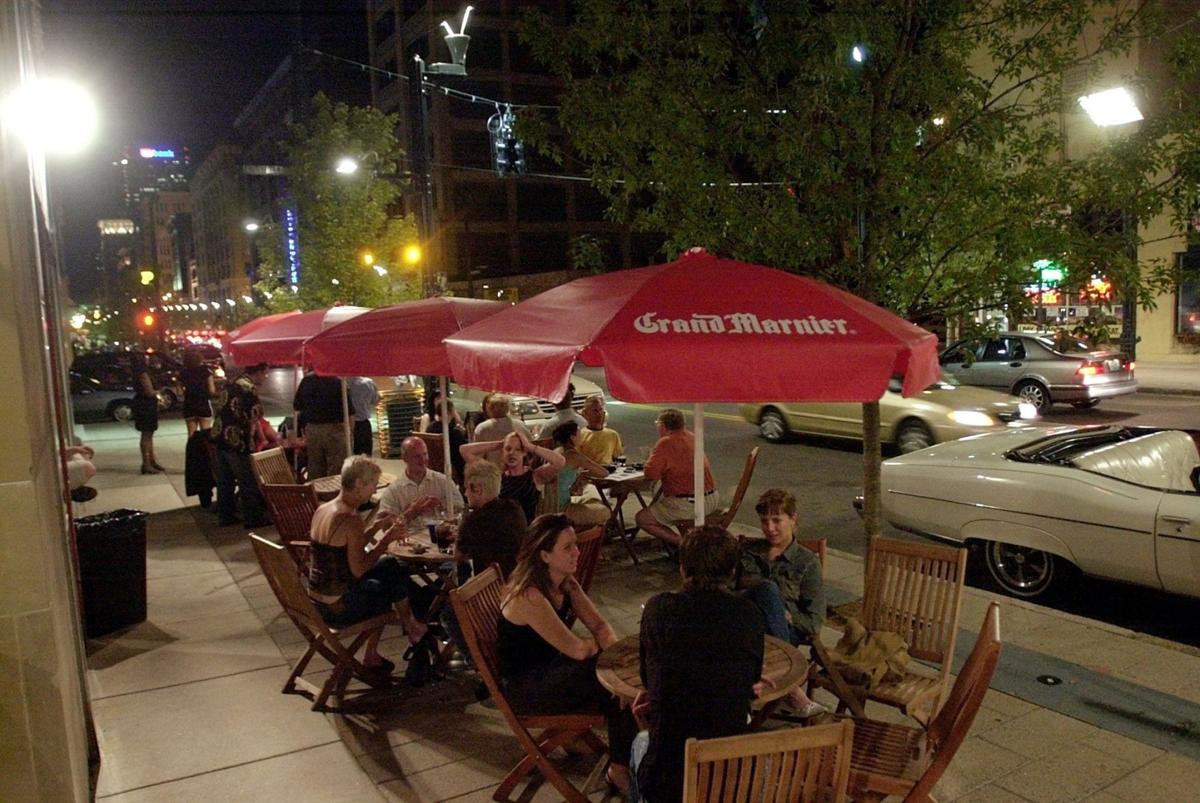 Washington Avenue's nightlife in 2003, shortly after the renovation and revival of the previously depressed and crime-ridden downtown strip.

I moved into downtown St. Louis in 2012, but my familiarity with Washington Avenue goes back much further. Far enough that I know what it looked like before its economic renaissance two decades ago. A big question in St. Louis today is whether that renaissance is over and “Wash Ave” is sliding back to what it was then. It’s not just the uptick in crime in recent months, but empty storefronts, thinner crowds — a palpable ebb in the vitality of the place, which started happening pre-pandemic.

As one who has spent even more time here than usual lately (it’s both my home and office these days), I’m happy to report that news of downtown’s death has been greatly exaggerated. But that doesn’t mean the city shouldn’t be worried about its future. I am.

In the spring of 1995, while I was living in central Illinois, the Post-Dispatch brought me into St. Louis to interview for a job. They put me up at what was then the Mayfair, a storied hotel that had hosted presidents and movie stars. The hotel was nice, but I was shocked at the urban crater that was downtown St. Louis. The once-stately century-old brick buildings lining Washington Avenue had become multi-story tombstones to the American garment industry and the American shoe industry and other long-dead American industries. Vacant buildings, vacant streets. As in so many cities then, St. Louis had become an urban “doughnut”: economic life around the edges, but nothing at the center.

I got the job, covering Illinois politics from Springfield for the paper. Seventeen years later, the editors again brought me into town, this time for good, to cover politics on this side of the river. Downtown St. Louis by then had risen, phoenix-like, to be almost unrecognizable. The area that had looked so tragic then was now thrumming with life — bars, restaurants, live music, sidewalk dining.

That transformation was part of a national movement of young professionals and others back toward downtown areas. The children of the white-flighters who’d abandoned city centers a generation earlier didn’t want the picket fences and strip malls that had lured their parents away. They wanted sidewalk cafes, bodegas and urban culture. Political leaders responded with tax credits that spurred heavy private investment. Those elegant, empty old buildings were transformed into high-end lofts, sitting atop new storefront shops, restaurants and bars. In 2011, Washington Avenue was named one of America’s “10 Great Streets” by the American Planning Association.

There’s no doubt some of the neighborhood’s shine has dulled since then. Much of it is the pandemic, which holds up a funhouse mirror to everything. The street racing and street parties and accompanying crime that surged here recently had the feel of a rubber band snapping back after being stretched in quarantine for months. The city’s move to block streets on weekends has calmed the chaos but has undoubtedly hurt streetfront businesses. These are the choices the pandemic forces.

But it can’t all be laid at the feet of the virus. Walk east on Washington from 14th and you’ll see plenty of businesses but also plenty of vacant storefronts, where a bar used to be, a deli, a liquor store, another bar. It’s important to keep it in perspective: Most of the Washington Avenue I first explored in 1995 looked like the saddest parts look now. The street today is definitely still in better economic health than it was then. But the dead stretches weren’t dead a couple years ago. And empty storefronts have this tendency to spread like cancer.

The crime issue is real, but it should also be kept in perspective. While murders involving guns are up in cities all over the country (thank you, NRA!), crime rates as a whole are still at historic lows from a generation ago. At some level, the solutions are no-brainers. St. Louis needs more cops — the force is short-staffed due to recruitment problems, in part because of the city’s antiquated residency rule. And Missouri needs to allow St. Louis to impose reasonable gun restrictions.

As for the broader issue of downtown’s economy, it’s about to get more complicated. Once the virus is gone, will all those downtown offices that have had their employees working from home this year decide they like that arrangement? If so, those already-struggling downtown restaurants will need all the help they can get to stay afloat — not just economic aid from the city, but the willingness of residents to look past the worst headlines and venture there even when they don’t work there.

It wasn’t just tax credits that pulled downtown from the rubble 20 years ago. It was the recognition by city leaders, investors and consumers that urban America is a unique and crucial part of our national life, one worth preserving. Recasting that mission for a post-pandemic world could well be harder than it was the first time. But we’ve seen the alternative, and it’s unacceptable.

McDermott: Hawley vows to rein in corporate power. If only he meant it.

Look out, corporate America, Sen. Josh Hawley is coming for you!

McDermott: Being hospitalized in America means a mind-boggling maze of medical bills

I experienced a coronavirus health nightmare that has become a financial nightmare. That's the national humiliation of American healthcare.

Many banners along Washington Avenue advertise available loft space for purchase and rent in 2005.

Washington Avenue's nightlife in 2003, shortly after the renovation and revival of the previously depressed and crime-ridden downtown strip.