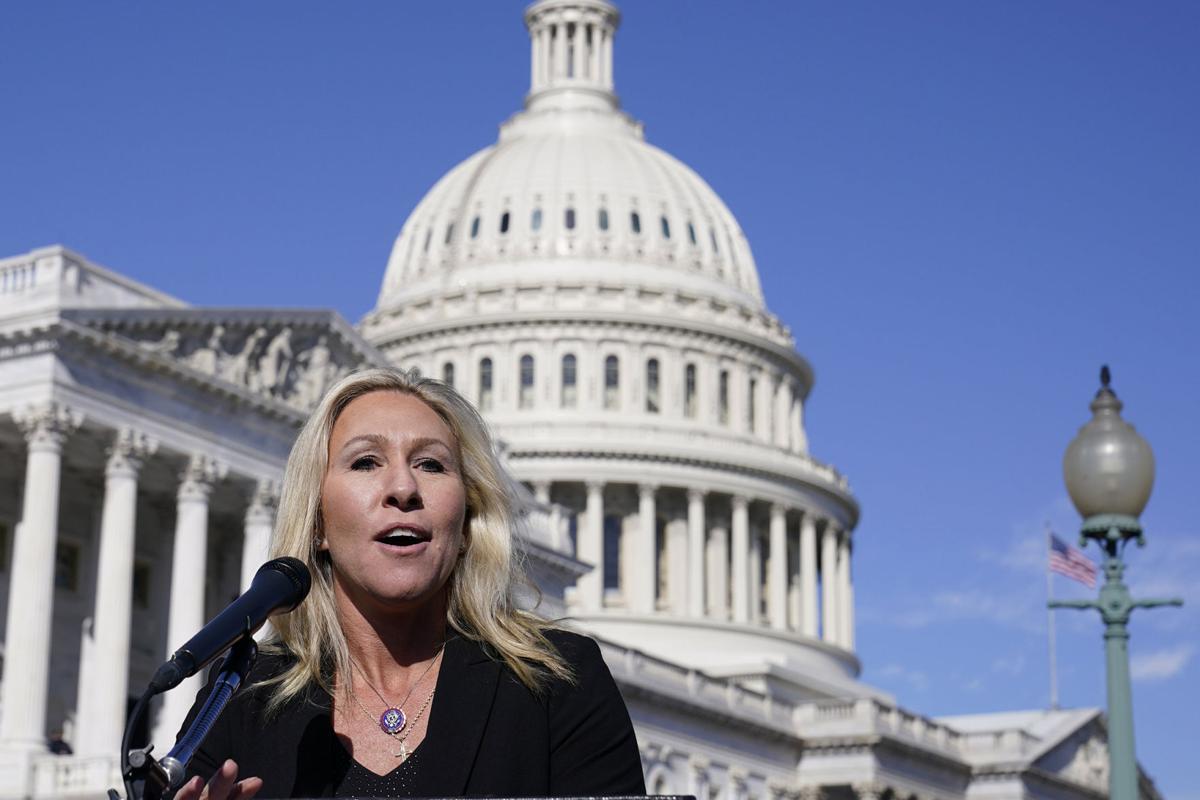 I feel like I am the last player picked for the team. The game is called Extreme Constituent Dodgeball, and the team doing the choosing is the Republican Party.

Let’s just say that I represent the generic, college-educated suburban woman. Not all of us of course, but a majority. Ladies, I have some news for you: Republicans don’t want us on the team anymore. That’s not to say that I am ready to join the other team. Perhaps I’ll be content being a politically homeless conservative.

Here’s the roster of other players the Republican Party chose ahead of me:

Insurrectionists and seditionists. On the morning of Jan. 6, thousands of Trump supporters gathered at the “Save America” rally at the Ellipse just south of the White House. Trump urged them “to fight like hell.” With Trump’s encouragement, his supporters walked to the Capitol. Many of those same supporters then stormed the Capitol. Rioters occupied, looted and vandalized the Capitol chambers. They erected gallows outside the Capitol and chanted “Hang Mike Pence.” Seditionists encouraged the insurrection and even put their fists in the air as a sign of solidarity (I am looking at you, Sen. Josh Hawley). Six people, including two Capitol police officers, died during or because of the insurrection. There was initial condemnation by some members of the GOP. That condemnation was short-lived. The top two leaders of the Republican Party now want to quietly (and cowardly) move on. Because in GOP dodgeball, you don’t take aim at your own team.

Liars. There are far too many individuals, groups and entities that have promoted the Big Lie of election fraud to be listed here. Those Republicans who have not repudiated the lie that the election was stolen from Trump are complicit in the Big Lie. More than 70% of Republican voters falsely believe that there was some kind of widespread fraud in the election. The Big Lie threatens our democracy by delegitimizing President Joe Biden’s presidency. But in GOP dodgeball, the liars are integral to the team effort.

QAnon followers and conspiracy theorists. This group, which includes two women members of Congress, believes that a group of Satan-worshiping elites are running a cannibalistic child sex ring, that school shootings were false- flag operations, and the newest, and perhaps my favorite, that the California wildfires were started by a Jewish space laser.

Those who pledge loyalty to one man versus the rest of us who are loyal to a set of values, principles and ideals.

White supremacists, racists, anti-Semites, and those who refuse to condone the dog whistling. I want to believe this group is small among Republicans. I wish our current Republican leaders would respond the way William F. Buckley, father of American conservatism, did when he backed away from the John Birch Society. Instead, we got responses like Trump’s “there were very fine people on both sides” and “Proud Boys, stand back and stand by.”

Next on the roster is the pandemic-doubting cohort. These players include those who still believe that the pandemic is a hoax, anti-vaxxers and anti-maskers. Many of these players are right here in Missouri. I am making a sweeping generalization here, but I consider these players to be, at the root, selfish. It’s not about liberty. It should be about caring for others.

Voter suppressors. Rather than putting their energy into expanding the team, time and again, Republicans just focus on shrinking the team down to the point where only the most extreme votes count.

Grievance lovers and/or the apathetic. Long gone are the days when Republicans offered solutions for the anger and frustrations of regular Americans. Remember the days when Republicans could tell voters why they should vote for them? Now, all we get is a list of grievances in the culture war. Also a part of this team are the elected leaders who would rather go on cable news shows than do the hard work of governing.

People who make fun of the disabled and/or use the term “retard” or “libtard.” The fact that these folks are on the roster makes me more disappointed than I can articulate.

It’s not that the team leaders don’t want me. They are taking me for granted. Perhaps they no longer care. They are choosing these other headline-making players before me, which is a shame, because I have been playing this dodgeball game for a long time.

It’s not that I am offended by being picked last. I just don’t want to play in a game or on a team that includes those other players. I think I will take my copy of the Constitution and sit this one out.

Hall: Education in the divided states of America

We are living in two Americas — but that is not a revelation for people of color in this country. The experiences and contributions of Black p…

Connors: Refugees could be solution to declining population in St. Louis

The St. Louis region is stagnating, and much of the problem starts at the core — the city of St. Louis.

Mondainé: While mom worked, a silent Black army led the family through adversity

A generation of Black children relied on armies of motherly angels — women who stepped up to help with the family when moms went off to work.

Does changing the names of Amherst, Wilson, Pershing and Jackson negate the fact that atrocities were done to Native Americans and enslaved Black people in the past? Hardly.

Leonard Pitts Jr.: Why can’t we have nice things?

Its Constitution fixed the value of African Americans at three-fifths that of other humans.

Richard Kyte: We can learn a lot from working with our hands

Opinion: If there is one thing you learn from working in the world of things — whether it is farming, manufacturing or construction — it is that intentions are very different from results.

Baker: Incarcerating parents yields worse outcomes for them and their kids

A bill before the Missouri Legislature would offer judges sentencing alternatives to imprisonment for parents convicted of nonviolent offenses.