Lynn Schmidt: Republican leaders have forgotten what 'of the people, by the people' means
0 comments
Share this
{{featured_button_text}}
1 of 2 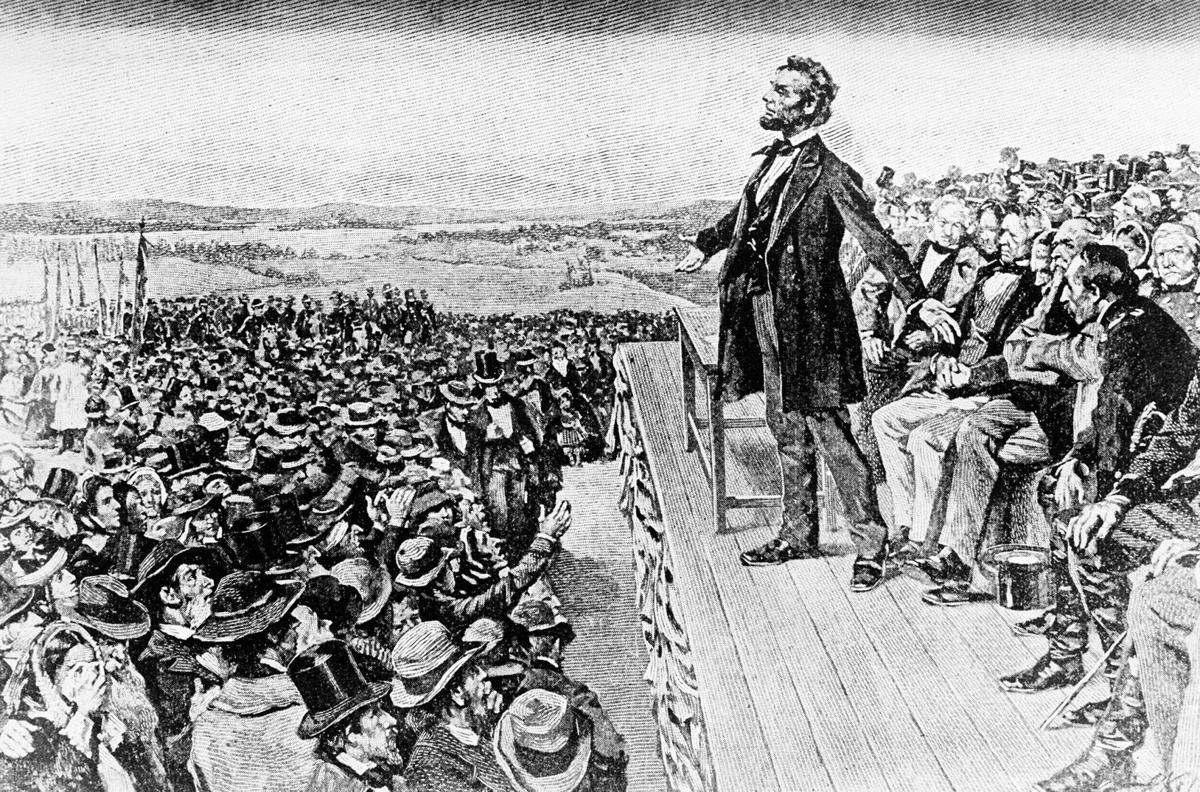 This illustration depicts President Abraham Lincoln making his Gettysburg Address at the dedication of the Gettysburg National Cemetery on the battlefield at Gettysburg, Pa., on Nov. 19, 1863.

The party of Lincoln does not seem to want to follow the very words of the president who its members emulate.

President Abraham Lincoln delivered the Gettysburg Address on Nov. 19, 1863, at the dedication of the Soldiers’ National Cemetery in Gettysburg, Pennsylvania. That’s where he uttered those famous words, “Government of the people, by the people, for the people, shall not perish from the earth.” Historians have interpreted Lincoln’s remarks as questioning whether a government based on the will of the people could survive a civil war.

Lincoln’s political successors do not seem to want to follow his advice. Republicans seem to be dismissive to the will of the people.

In August 2020, Missourians voted to expand the state’s Medicaid eligibility limits. The constitutional amendment requiring the state to expand eligibility to upwards of 275,000 residents was passed by 53.3% of voters, with a margin of victory of more than 83,000 votes. Now, less than a year later, the Republican-led Missouri House has voted to exclude the funding necessary to carry out the expansion. The state budget rests in the hands of the Missouri Senate. Hopefully, the Senate will add the voter-approved funding back to the budget. After that, the budget goes to Gov. Mike Parson, who will either sign or veto it. The governor opposes Medicaid expansion but says he wants to uphold the voters’ will. So kudos to Parson for potentially standing up for what’s right, unlike many of his fellow Republicans.

Rep. Cody Smith of Carthage, the Republican chair of the House Budget Committee, said on the House floor last week, “Medicaid expansion is wrong for Missouri. I think it’s wrong for the state budget.” Smith seems to think that his opinion should outweigh the will of the Missouri voters.

Missouri Republicans are also looking into ways to derail the minimum wage increase approved by voters in 2018. Readers know my thoughts opposing an increased minimum wage, but again, it’s not about the opinion of one; it should be about the will of the voters, whether lawmakers or I agree with the policy.

As a constituent, I have communicated with various elected officials regarding issues important to me. In the past, I have reached out by email, phone and snail mail to both of Missouri’s U.S. senators over a variety of issues. I sometimes will receive a form email back from one of their staffers, typically not even addressing the very issue that prompted me to write in the first place. Are they listening to the needs of their constituents? Who knows? The only elected official who has been responsive to my specific communication is my congresswoman, Rep. Ann Wagner of Ballwin.

Donald Trump was first impeached by the House of Representatives in December 2019 on the charges of abuse of power and obstruction of Congress. He was later acquitted by the U.S. Senate. One of the arguments given by Senate Republicans was that it was too close to the election and that the voters should decide. American voters did decide, and Joe Biden was elected the 46th president. Republicans to this day still propagate the big lie about election fraud. (There was no widespread election fraud.)

America is a republic, which means it is a form of government in which a state is ruled by representatives of the citizen body. The officials we elect are supposed to be our representatives. How can elected officials represent their constituents if they don’t listen to the concerns of the citizens or know what is happening in their states or districts? It is worth mentioning, as I have previously, that Missouri U.S. Sen. Josh Hawley does not currently reside in the state he represents.

Statewide Republicans are also trying to pass new voter laws to increase trust in our electoral process even though it’s not clear that distrust ever existed or was based in fact. Here’s an idea: Instead of making voting harder and disenfranchising voters in the process, elected officials should listen to their constituents’ votes and communications.

It may appear that I am harshly judging Republicans. I am. I used to be one of them. The Republican Party I knew, and in which I was an active member, was a party of ideas. Ideas that I thought would benefit the most people. The Grand Old Party of today is profoundly broken. It is not clear to me that the party has a desire to fix itself. Republican voters seem quite happy with this morally bankrupt party.

If the party of Lincoln does want to redeem itself, then it should follow the advice of our 16th president and govern. Of the people, by the people and for the people.

Schmidt: The truth might not set you free after all

The fact that Americans share few or no common facts or truths is one of the biggest challenges facing our democracy.

This illustration depicts President Abraham Lincoln making his Gettysburg Address at the dedication of the Gettysburg National Cemetery on the battlefield at Gettysburg, Pa., on Nov. 19, 1863.