Lynn Schmidt: The deeper importance of traditions and continuity
0 comments
Share this
{{featured_button_text}}
1 of 2 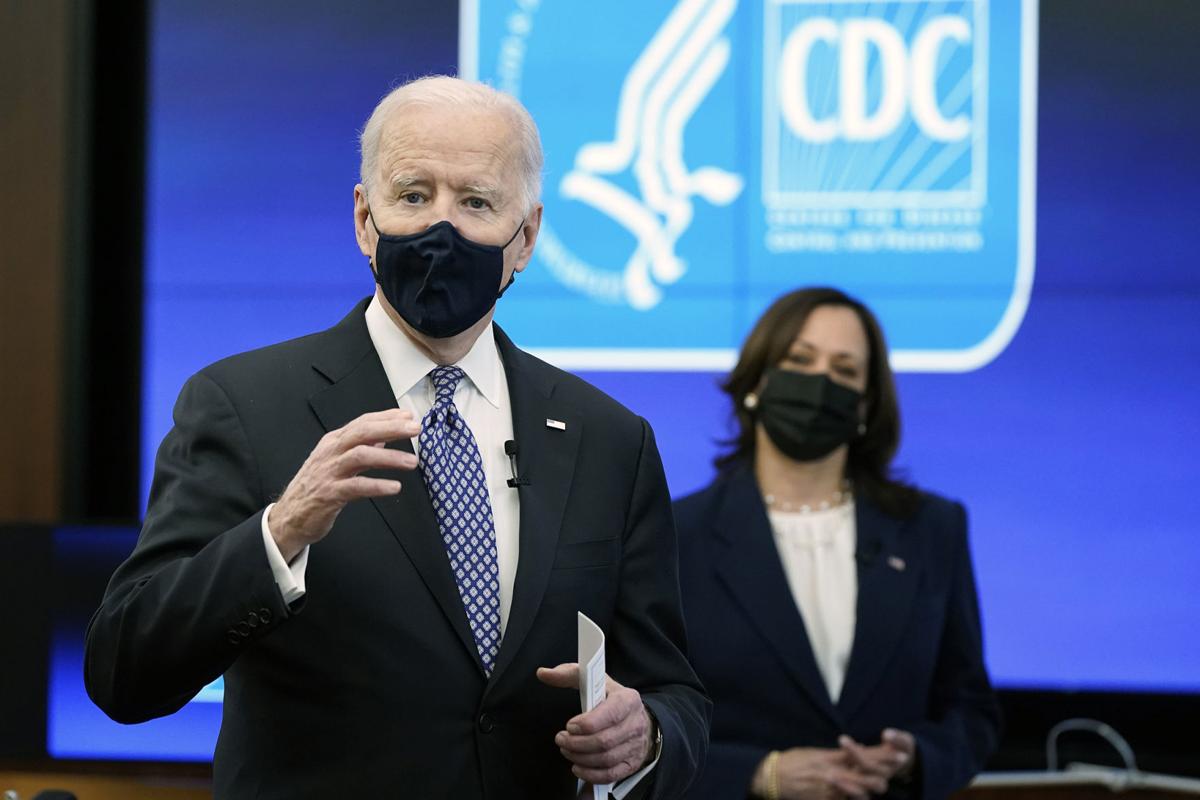 President Joe Biden speaks as Vice President Kamala Harris listens during a coronavirus briefing at the headquarters for the Centers for Disease Control and Prevention on March 19 in Atlanta.

I did not need to look at the calendar or my missal to know the significance of last Saturday. I had just finished baking a traditional Slovakian cookie with one of my daughters. I cherished the time we spent together, not only baking but sharing stories of generations past. The smell of these cookies told me all I needed to know. My ancestors have been baking this very cookie, in preparation for the Easter holiday, for longer than there have been refrigerators. Part of this recipe has yet to be written down.

My husband questioned why on Earth has no one written it down. I responded with: “Because your mother is always there to show you how to do it.” (For the record, I plan on writing it down for my daughter.) I lost my mother a number of years ago, but with one bite of a cookie, it was as if we were together again. This story is an example of the many traditions that we share as a family. Of course, my hope is that my daughter will continue our traditions.

Traditions and norms are important to humans. They convey shared stories and values from one generation to the next. Traditions encourage families or other groups of people to create and share a collective identity and can strengthen communities. Research shows that traditions are especially beneficial to children. Traditions can fill children with a sense of belonging, continuity and routine that they can depend on year after year. That sense of continuity has been sorely lacking for our children during this past pandemic year.

Social norms are the unwritten rules of beliefs, attitudes and behaviors that are considered acceptable in society. Norms provide us with an expected idea of how to behave and function to provide order and predictability. We usually do not even notice norms until they are violated.

Many things can be argued about former President Donald Trump, but there is one thing that cannot be disputed: Trump broke presidential norms and traditions. I imagine some of his supporters liked this about him. There were some who warned that this type of rule breaking could be detrimental to our democracy. I’m afraid that what we are seeing are the aftereffects of exactly that.

The most significant transgression against presidential norms and traditions was his rejection of the peaceful transfer of power. His blatant defiance extended to his refusal to attend his successor’s inauguration. The peaceful transfer of presidential power from one administration to the next is a hallmark of our American democracy — an acknowledgement for the world to see that no one is king, no one reigns supreme, and every incumbent U.S. president bows to the Constitution and allows his successor to take power.

America has had a president for the past 232 years, starting with the inauguration of George Washington in 1789. Trump joined at least three but possibly five other presidents who skipped their successors’ inaugurations. Also included in this non-exhaustive list of Trump’s broken norms are: not releasing his tax returns, undermining his own intelligence agencies, politicizing the military, and choosing not to receive his presidential daily briefings.

The Constitution and federal law establish a detailed timetable following the presidential election, during which time the members of the Electoral College convene in the 50 state capitals and in the District of Columbia, cast their votes for president and vice president and submit their votes through state officials to both houses of Congress. The House of Representatives and the Senate meet in a joint session to count the electoral votes. This event, which certainly can be considered a tradition, usually goes unnoticed and is mostly a formality. This tradition was desecrated by pro-Trump rioters who stormed the Capitol and delayed the counting on Jan. 6.

There was little condemnation after the insurrection by the former president or Republican members of Congress. This non-condemnation — and tacit approval and encouragement of the insurrection/attempted coup — not only broke a norm but set a precedent normalizing violence and ongoing attacks against the cradle of our democracy. The murder of one Capitol police officer and attempted murder of another on Friday might be a one-off event, but against the backdrop of the Jan. 6 violence, perhaps it’s a harbinger of things to come.

The 2020 election may have been a referendum on Trump’s norm breaking. Americans seem pleased to have normalcy returned to the White House. As of March 31, President Joe Biden’s overall approval rating was 52%, with 65% of Americans approving of his handling of the pandemic. Americans were hungry for predictability and stability. We were exhausted by the shenanigans, tweets, and destruction of our democratic institutions. Our allies around the world were also ready for the same predictability and stability.

The U.S. presidency has existed for 232 years because of the adherence to our American political traditions and presidential norms. Biden has begun to reestablish these very norms and traditions to the office. This is as comforting to me as sharing that traditional family cookie with my daughter on Holy Saturday.

Schmidt: The truth might not set you free after all

The fact that Americans share few or no common facts or truths is one of the biggest challenges facing our democracy.

President Joe Biden speaks as Vice President Kamala Harris listens during a coronavirus briefing at the headquarters for the Centers for Disease Control and Prevention on March 19 in Atlanta.