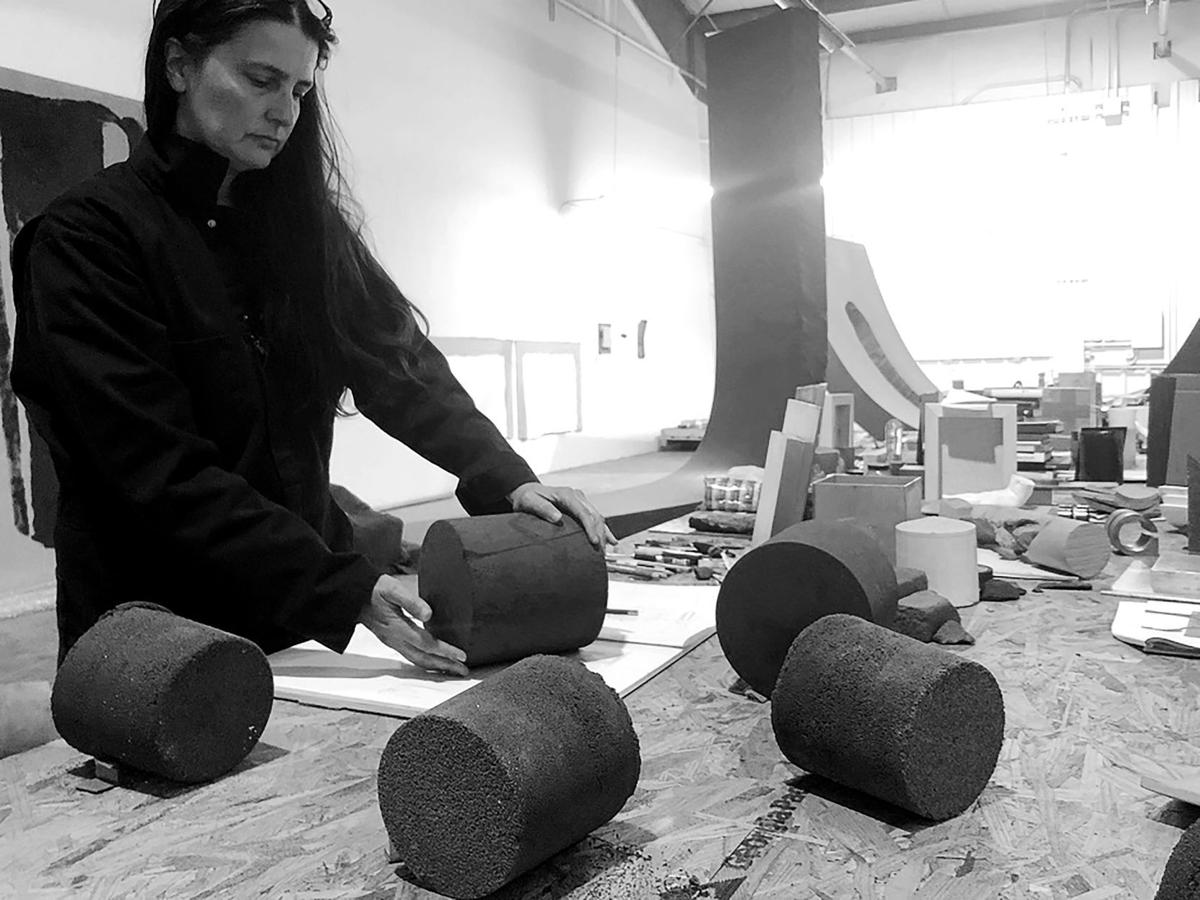 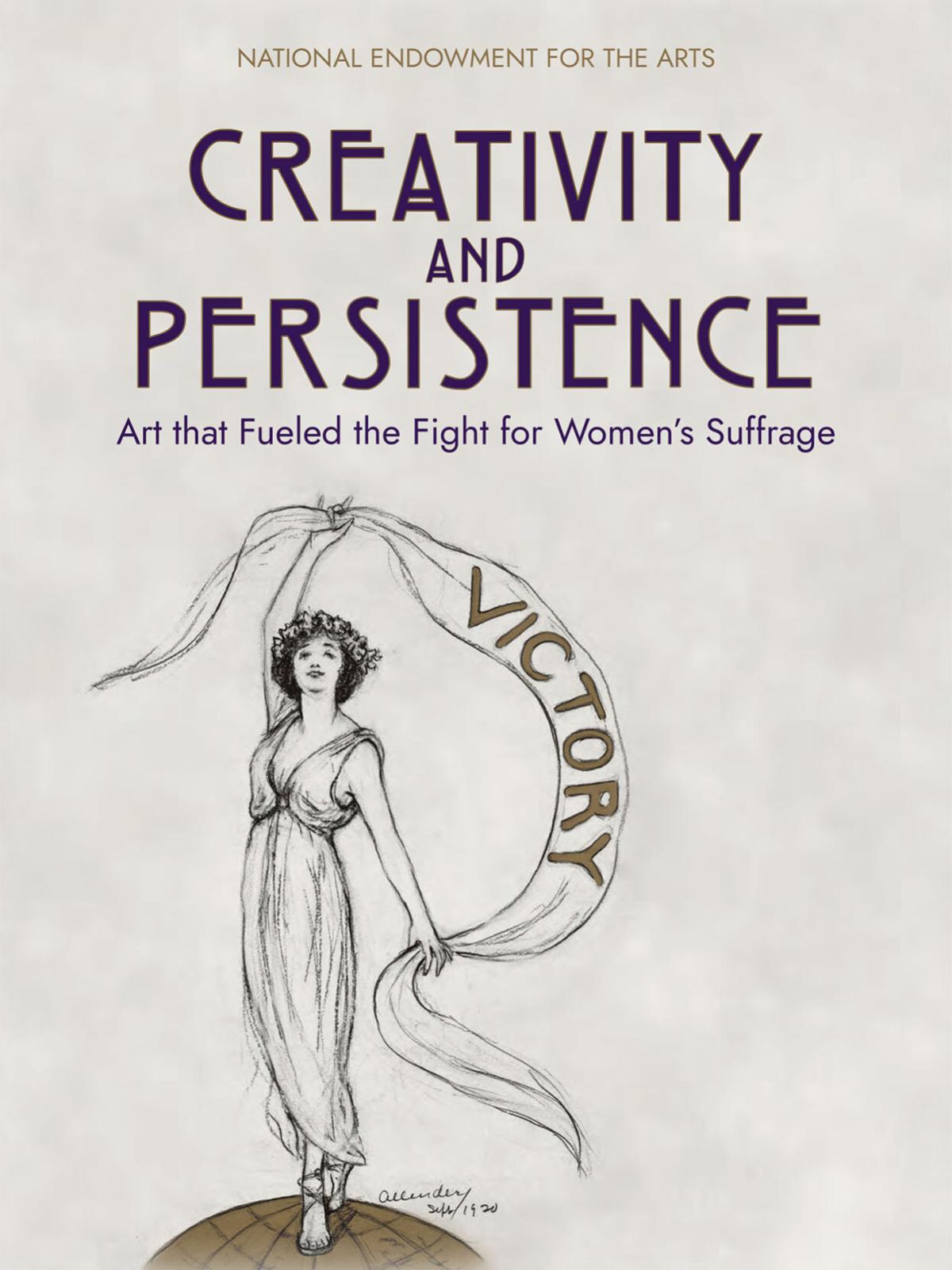 The National Endowment for the Arts has published "Creativity and Persistence: Art That Fueled the Fight for Women’s Suffrage."

As we commemorate the centennial of women’s suffrage, we also celebrated a milestone in our nation’s march toward equality with the observance of Women’s Equality Day on Wednesday and attention throughout this month to commemorating women’s political and social advancement. Reaching this milestone took decades of advocacy, activism — and art. Throughout the suffrage movement, the arts helped sway public opinion, rally support, and gave women new tools to make their message heard.

The National Endowment for the Arts applauds how the arts were used to change the narrative about the importance of women’s full participation in society and politics with the publication of “Creativity and Persistence: Art that Fueled the Fight for Women’s Suffrage.” From the poetic oratory of Sojourner Truth to the scathing editorial cartoons of Lou (Anne Lucasta) Rogers, this book demonstrates how the arts disseminated suffragists’ messaging across the country and through time.

In fact, the suffragettes’ vision is reflected in the work of artists and organizations across the country today, including in St. Louis. The Arts Endowment has been proud to support wonderful projects in recent years in St. Louis that showcase work by and about women. For example:

• Last year the Contemporary Art Museum St. Louis exhibited Christine Corday’s “Relative Points,” which featured 12 monumental works as well as a new, hybrid painting series. With roots in St. Louis from her time at Washington University, Corday presented her unique perspective on the very elements that make up the universe.

• A new musical about the South African musical legend Miriam Makeba, written and performed by Somi Kakoma, will premiere at the Repertory Theatre St. Louis. Postponed because of the pandemic, “Dreaming Zenzile” is an incredible example of how women inspire women across geography and generations.

• And at the Sheldon Art Galleries, last year’s exhibition “Bea Nettles: A Harvest of Memory” featured 200 of Nettles’ works, showcasing her experimental approach to photography and craft.

Despite artwork created in St. Louis and elsewhere, major barriers remain. Although nearly half of all full-time working artists are women, they earn 77 cents for every dollar earned by their male counterparts. As women age, they earn progressively less than men. A survey of 18 major American museums found that male artists comprised 87% of their permanent collections.

In the top-grossing films of 2019, women made up only 35% of speaking roles. The same year, only 32% of Broadway roles went to women. Women are also far less likely than men to direct feature films, to be represented by galleries or lead major museums, or to serve as conductors or composers for symphonies and orchestras. The list, unfortunately, goes on.

These statistics are troubling, and I believe that we can and must do better. As we commemorate 100 years of women’s suffrage, let’s be proud of the progress we have made, and let’s celebrate the creative work done in St. Louis and America that has helped make this nation’s artistic canon one of the richest in the world. At the same time, let’s commit ourselves to empowering them further still, and making sure they receive their due.

Mary Anne Carter is the chairman of the National Endowment for the Arts. The agency’s new book about women’s suffrage, “Creativity and Persistence: Art That Fueled the Fight for Women’s Suffrage,” is available online at the website arts.gov.

Tyler C. Chrestman: The Electoral College is what stands between voters and tyranny

The Electoral College is not a relic to be cast aside but instead something to be cherished for making America a strong democratic-republic.

Lou Brock helped provide a much-needed bridge over the racial gap for at least one youth in white suburban St. Louis.

McDermott: The most damning testimony against Trump comes from ... Trump.

The vivid examples of President Trump's unfitness for office don't come from some anonymous source. He supplies his own evidence.

David Cook: Grocery workers still on the pandemic frontlines but without hazard pay

In Missouri, frontline workers are continuing to show up for our communities every single day despite the very real dangers they still face. T…

Lynne Jackson: A statue that stands as a teachable moment in history

The Old Courthouse statue of Dred and Harriet Scott is a reminder of the valuable lessons that can be learned by preserving such markers.

Black-owned businesses are far less likely to get bank loans than white-owned ones. That disparity is a snapshot of fixes that need to happen.

Leonard Pitts Jr.: Trump’s many lies no longer shock us

We weren’t going to normalize this.

Jonah Goldberg: Trump aside, Hispanic vote is not a given for Democrats

Chelsey Carter and Allison Mickel: Statues memorialize everything in a person's history, including torture.

Historical reckoning involves recognizing that when colonizers and Confederate generals are put on pedestals, they venerate violence.

The National Endowment for the Arts has published "Creativity and Persistence: Art That Fueled the Fight for Women’s Suffrage."