Messenger: From voicemail to voicemail: The short political life and times of Tom Schweich
Share this
{{featured_button_text}}
1 of 2 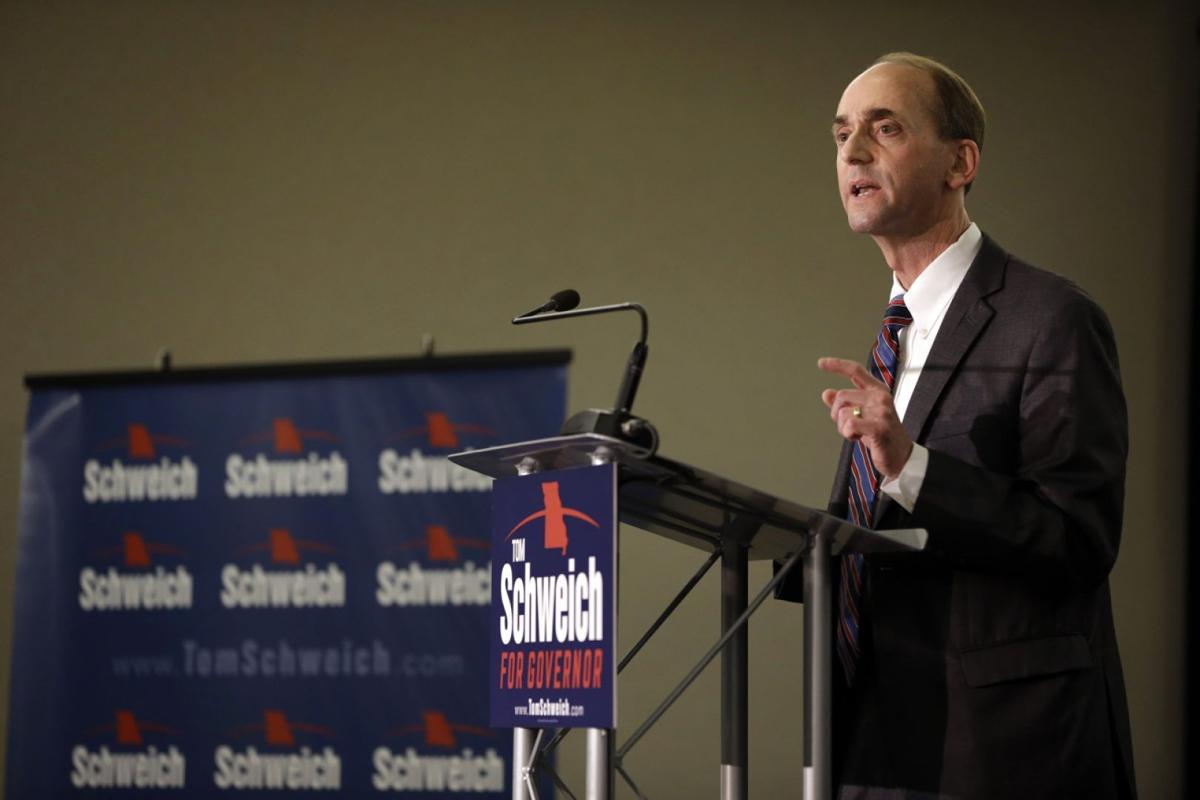 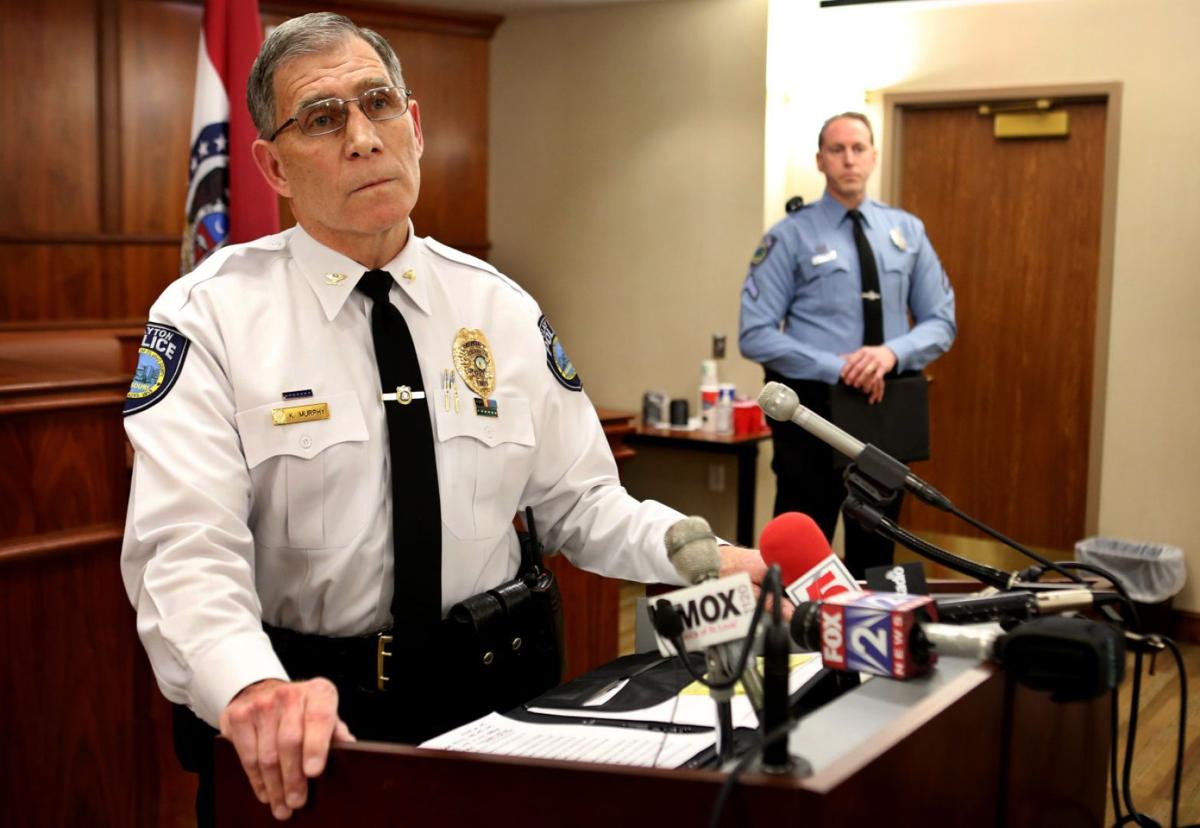 Clayton police chief Kevin Murphy takes questions from the media about his department's investigation into the death of Missouri state auditor Tom Schweich, possibly by a self inflicted gunshot wound, in Clayton on Thursday, Feb. 26, 2015. Schweich was also a republican candidate for governor. Photo By David Carson, dcarson@post-dispatch.com

He was my BFF.

That’s how my editorial board colleagues jokingly referred to my relationship with state auditor Tom Schweich, who on Thursday morning raised a gun to his head in his Clayton home and shot himself dead.

We weren’t actual best friends forever. We didn’t vacation together. I didn’t have his kids’ names memorized. We didn’t exchange birthday cards or hang out at the corner pub drinking beer and talking football.

But we had a relationship, which in today’s highly charged political world is saying something. In the age of Twitter, in the age of billions of dollars being spent on political consultants who control messaging to voters, in the age of depressed newspaper budgets, politicians and reporters generally don’t have the relationships they once had. Ditto athletes and sports reporters.

Times have changed. But Schweich and I had developed enough of a relationship since he was first elected state auditor in 2010, when I was still a political reporter in the state Capitol, that we exchanged phone calls and sat down for meals now and then. He confided in me. I found him to be an awful politician, which is to say he was an effective auditor but bad at the business of politics.

Maybe that’s why I liked him.

Had I not ignored his phone call to me at 9:41 Thursday morning — I was doing a thing at my kids’ school district — I might have been the last person to talk to the man who wanted to be governor. It made for a chilling day in which I decided to do something I’ve never done before as a reporter: reveal the contents of off-the-record conversations with a source. That source is now dead. I believe it’s what he would have wanted.

I have no idea why Schweich killed himself. But for the past several days he had been confiding in me that he planned to accuse the chairman of the Missouri Republican Party, John Hancock, with leading a “whisper campaign” among donors that he, Schweich, was Jewish.

He wasn’t, which is to say that he attended an Episcopal church, but that doesn’t mean he wasn’t proud of his Jewish heritage, passed down from his grandfather.

Missouri is the state that gave us Frazier Glenn Miller, the raging racist who last year killed three people at a Jewish community center in Kansas City. It’s the state in which on the day before Schweich died, the Anti-Defamation League reported on a rise of white supremacist prison gangs in the state.

Division over race and creed is real in Missouri Republican politics, particularly in some rural areas. Schweich knew it. It’s why all week long his anger burned.

His grandfather taught him to never give an inch where anti-Semitism was concerned, Schweich told me. His current political consultants — Hancock had been one early in Schweich’s career — told him to let it go. It’s not good politics to pick a fight with the party chairman.

But Schweich was no ordinary politician. He burst onto the scene by writing a scathing critique of U.S. Rep. Roy Blunt, suggesting the Washington insider would be a bad choice for the Republican nomination for U.S. Senate in 2010. Blunt outflanked Schweich, who decided to run for auditor instead. At the time of his death, he had his sights set on another office — governor — that was likely also out of reach.

Why? Because all the traits that made Schweich a good auditor made him a lousy politician.

He had enough of a heart to be offended that one donor, Rex Sinquefield, had spent about $1 million to finance the gubernatorial campaign of fellow Republican Catherine Hanaway that he made that the centerpiece of his news conference when he announced his official entry into the race.

He chided his fellow Republicans in the Legislature for failing to follow the Sunshine Law.

He was, to steal an over-used term in politics, a bit of a maverick.

He was also an odd duck.

The first long one-on-one private conversation we had was at the Doubletree Hotel in Jefferson City after he won his election in 2010. Schweich couldn’t get over the fact that the editorial board of the Post-Dispatch, his hometown newspaper — I wasn’t on the board then — had not endorsed him. For more than an hour he tried to convince me what a great guy he was. He’d long had great relationships with reporters, he told me.

To prove it, he played a voice mail from election night.

It was former CBS News anchor Dan Rather, congratulating him on the win.

In Schweich’s world, if I knew that Dan Rather liked him, maybe I would, too. I remember telling colleagues about the story, stunned that he would both save the voice mail, and that he wouldn’t see the haughtiness in playing it for me, while throwing a bit of a temper-tantrum over an editorial I didn’t have anything to do with.

As he often did, Schweich had blinders on. All he saw at that point was the need to have me like him.

Eventually, I did. I liked him because he was different. Misguided, at times, but the man cared about what he was doing. He thought he was making a difference. As auditor, he did.

In the end, he called me, perhaps because he didn’t have anybody else. Nobody in his party wanted him to hold a news conference suggesting that there were anti-Semites in the Republican Party. “I won’t back down,” he told me. I believed him.

Seven minutes before police were called to his house, he left me a voice mail.

I think I’ll save it.

Tony Messenger is the editorial page editor of the Post-Dispatch.

Auditor Schweich had called seeking an interview just before his death

Barbs were flying in GOP race for governor

Tributes to Tom Schweich: He embodied what it means to be a public servant

On Feb. 26, Missouri lost a great public servant, and a family lost a great father and husband. My deepest, heartfelt condolences go out to hi…

In wake of Schweich's death, politics pushed aside by grief

Some want to rethink effect of scathing campaign rhetoric. His funeral is set for Tuesday.

If a man accuses somebody of something and then kills himself, what are we to think of the accusation? Not much, is what I’d say.

At Schweich funeral, Danforth calls for an end to 'bullying' politics.

On Feb. 26, Missourians lost a valuable public servant and a good man (“Auditor had called seeking an interview just before his death,” Feb. 2…

"Boys will be boys" is a quote we've all heard. It's used to excuse the otherwise inexcusable conduct of young males, in the belief — or hope …

The language in the editorial about Tom Schweich was pejorative and unsympathetic (“ ‘What an awful loss,’ ” Feb. 27). His actions were very h…

As a social worker, I am very unsettled by the death of Tom Schweich and the media's handling of the situation.

Tom Schweich's death should be a wake-up call for all politicians. Quit the whisper campaigns, quit the negative ads. Put limits on contributi…

Editorial: The martyrdom of Tom Schweich

Now, the fight is personal. Tom Schweich is a martyr for the cause. The Rev. Danforth will lead the righteous march to change the “miserable state” of Missouri politics.

Family's loss is Missouri's, too

It was Missouri’s funeral Tuesday.

Rumors are weapons in all aspects of life

Regarding Bill McClellan's column "Rumors are part of the pressure cooker of politics" (March 1):

I never voted for former Sen. John Danforth but continue to admire his moral compass. How courageous it was for him to not mince words at Tom …

Shame on you, John Danforth. The purpose of a eulogy is to speak of the deceased's life and provide comfort to the family. Not having attended…

After former Sen. John Danforth's eulogy, I sort of expected a "what was I thinking" column from Bill McClellan, but instead he decided to dou…

Republican Party should dissociate itself from Hancock

Need a governor who will stand up for state's citizens

This letter is in regards to the recent news of Gov. Jay Nixon’s handling of the riots in Ferguson last year, as well as the untimely death of…

Yes, "Words can hurt," but words do not have to kill. No matter what one person says to another (or is presumed to have said, since we don't k…

The Wednesday edition of the Post-Dispatch had many articles related to Tom Schweich, smear politics and the dysfunction of the political syst…

Messenger: A GOP stalwart calls for soul-searching in wake of Schweich death

Missourians deserve a Republican Party that stands for honesty, integrity, competence and good government, and fights corruption and the politics of personal destruction. These are qualities that embodied Tom Schweich. His legacy deserves no less.

No concern for people accused of causing Schweich's suicide

It seems that Tony Messenger, John Danforth and all their supporters have a massive case of amnesia to say that politics today are the worst ever.

Defense of Hancock does not add up

How is it that people are defending John Hancock and disputing his involvement in this sorry affair due to lack of evidence of same? Mr. Hanco…

The cynic in me, created by decades of reading Post-Dispatch editorials, tells me had Tom Schweich and John Hancock been Democrats, Tony Messe…

I am sitting in disbelief after reading the text of John Danforth's finger-pointing hypocrisy regarding death of Tom Schweich. Danforth said h…

Are candidates disadvantaged just because they are Jewish?

John Hancock wails that Jack Danforth is working against him. Tom Schweich made a similar claim about Hancock, and all the local big shots shi…

One year later, the suicide of Tom Schweich is still big news in the political world.

Listen to Tom Schweich's voicemail he left the P-D

Tom Schweich's voicemail he left the Post-Dispatch Thurday morning minutes before his death.

Clayton police chief Kevin Murphy takes questions from the media about his department's investigation into the death of Missouri state auditor Tom Schweich, possibly by a self inflicted gunshot wound, in Clayton on Thursday, Feb. 26, 2015. Schweich was also a republican candidate for governor. Photo By David Carson, dcarson@post-dispatch.com