Jonah Goldberg: Conspiracy theorists in Trump-Russia investigation see black and white in an ocean of gray
0 comments
Share this
{{featured_button_text}}
1 of 2 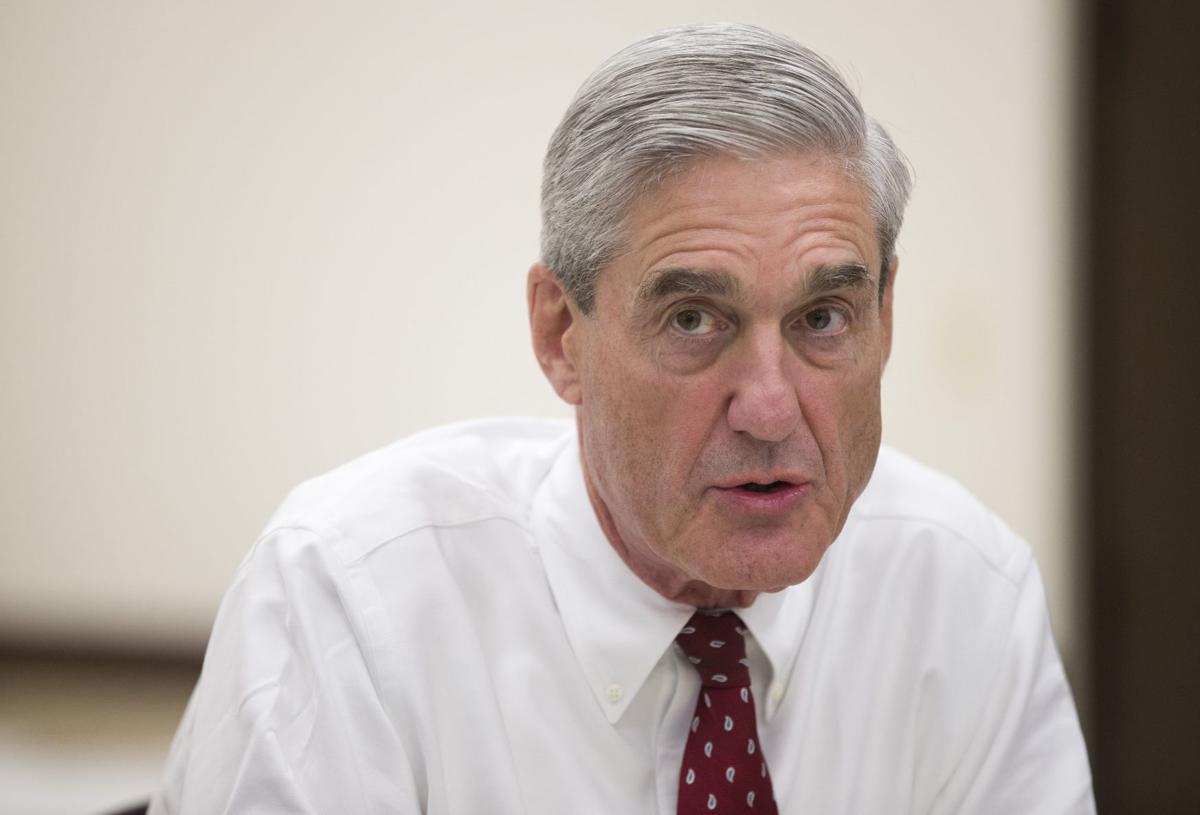 FILE - In an Aug. 21, 2013 file photo, outgoing FBI director Robert Mueller speaks during an interview at FBI headquarters, in Washington. Former FBI Director Mueller addressed graduates at at Tabor Academy, a private college preparatory school in Marion, Mass., on Monday, May 29, 2017, less than two weeks after his appointment as special counsel to oversee an investigation into possible connections between Russia and President Trumpâ€™s 2016 election campaign. (AP Photo/Evan Vucci, File) 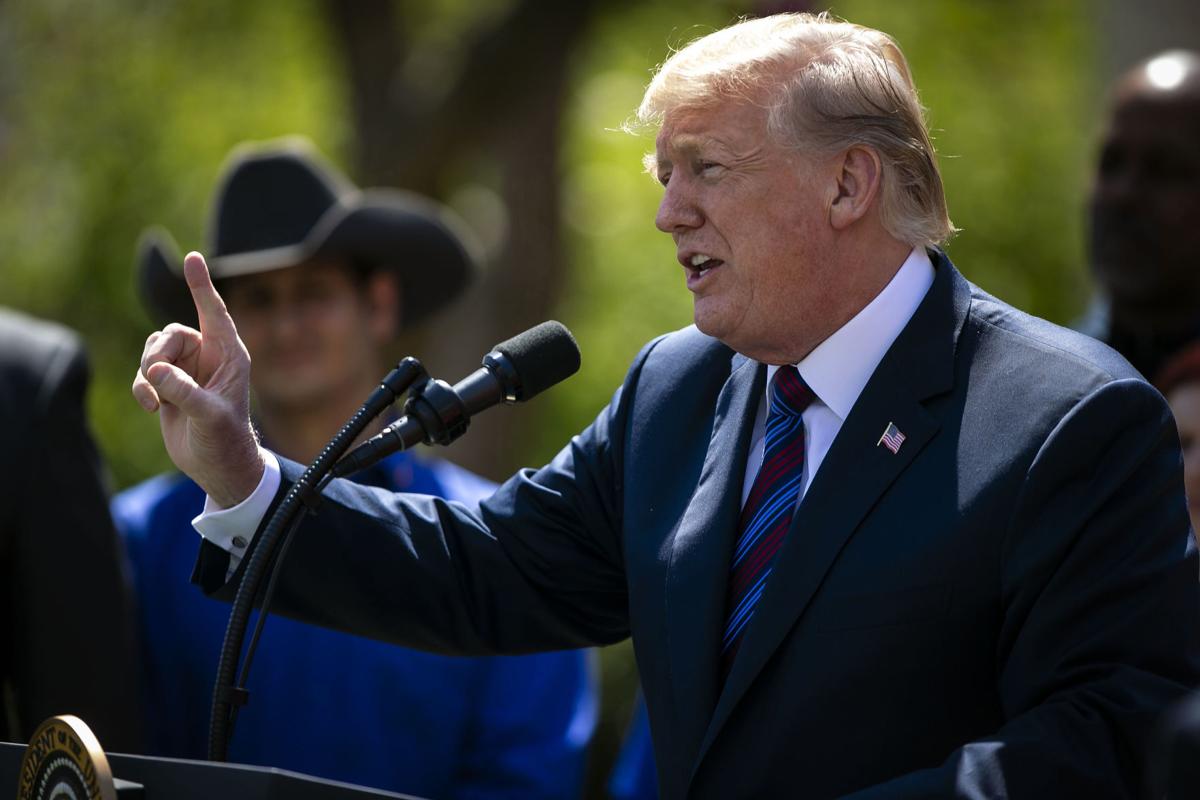 President Donald Trump speaks during an event on tax policy in the Rose Garden of the White House in Washington, D.C., on April 12, 2018. MUST CREDIT: Bloomberg photo by Al Drago

The Trump presidency is often a kind of political “Rashomon,” with partisans on either side looking at the same facts and coming to wildly different conclusions.

So it’s all the more remarkable that the central controversy of our time isn’t a fight over one story with different interpretations of shared facts, but a fight over two different stories altogether.

For devotees of prime-time Fox News, the only story that matters is how the Deep State — i.e., partisans in nonpartisan disguise at the Central Intelligence Agency and the Department of Justice — worked to either destroy Donald Trump or anoint Hillary Clinton in the 2016 presidential election. According to this group, the allegation of Trump-Putin “collusion” is merely a frivolous conspiracy theory, and Robert Mueller’s investigation is both a “witch hunt” and a distraction from this “worse than Watergate” scandal.

For viewers of prime-time MSNBC and CNN, this Deep State stuff is the real bogus conspiracy theory, intended to muddy the waters from the actual “worse than Watergate” scandal, which is Trump-Putin collusion and the president’s attempt to obstruct any inquiry into it.

The two narratives are like a binary star system, each body circling the other, throwing off so much blinding light and heat that it becomes difficult to distinguish them. Their combined gravitational pull bends everything in their direction.

The problem is that both stories might be true. The cartoon versions offered by the usual suspects on the left and the right are surely shot through with hyperbole. But both stories have some truth to them.

It certainly does seem like the Department of Justice was simply going through the motions in its investigation of Hillary Clinton and her off-book server and email system.

My National Review colleague Andrew McCarthy, a former federal prosecutor, has meticulously and persuasively argued that the Obama administration was never interested in taking the Clinton investigation all that seriously, because it would have implicated President Obama and possibly derailed or damaged 2016’s presumptive Democratic winner. (Which is ironic, because if the Deep State harmed anyone in 2016, it was Clinton, not Trump.)

Meanwhile, the argument that President Trump secretly colluded — an ill-defined, non-legal term — with the Russians to beat Clinton has more plausibility than those shouting “conspiracy theory!” and “witch hunt!” are willing to entertain.

I still do not think that Trump hatched an explicit scheme to work with the Russians, but normally the hardest thing to prove in most conspiracy theories is intent.

Conspiracy theories reverse-engineer facts to construct imagined motives. This is what William F. Buckley meant when he scorned the John Birch Society’s tendency to infer “subjective intention from objective consequences.” The 9/11 “truthers” looked at the rubble, asked “cui bono?” — “to whose benefit?” — and concluded that George W. Bush must be the real villain.

Other than Trump’s public pleading with Russia to find Clinton’s missing emails, which he says was a joke, and his open praise of Russia front group WikiLeaks, there’s little evidence that he had a more sinister alliance with Putin.

However, it does seem clear that the Trump campaign was eager to collude with Russia. The infamous meeting at Trump Tower between a Russian emissary and the campaign’s key leadership — Donald Trump Jr., Jared Kushner and then-Trump campaign manager Paul Manafort — was convened for that very reason. The early campaign adviser George Papadopoulos was sent by campaign co-chair Sam Clovis to Russia specifically to get “political dirt” on Clinton. At times, Roger Stone acted like a WikiLeaks agent embedded in the Trump campaign.

These and related facts form the gravitational bind between the two stars. In The New York Times’ telling of the story, and from the perspective of the officials who leak to that paper, the investigations into the Trump campaign were a necessary and good-faith effort to discern whether a foreign power had infiltrated the Trump campaign. For those who subscribe to a Hannitized version of reality, this was a lawless extension of the Deep State’s plot to thwart Trump and protect Clinton.

It is at this nexus where the Rashomonism of our age intrudes. I have no idea what the truth-seekers — Robert Mueller and DOJ Inspector General Michael Horowitz — will find. But I suspect we’ll discover that everybody has some dismaying facts on their own side, and the verdict will be a strong shade of gray.

Nearly everyone can agree: The scene at the southern border is a horror.

Jonah Goldberg: The right must reckon with its generation gap

During almost every Supreme Court nomination battle, I try to make the same point: These fights wouldn’t be nearly so ugly if we didn’t invest…

Jonah Goldberg: There’s no rush for Giuliani to get his facts straight

If there were any doubt that the multi-front battle over the Russia investigation has become the political equivalent of a Tong war, Rudy Giul…

FILE - In an Aug. 21, 2013 file photo, outgoing FBI director Robert Mueller speaks during an interview at FBI headquarters, in Washington. Former FBI Director Mueller addressed graduates at at Tabor Academy, a private college preparatory school in Marion, Mass., on Monday, May 29, 2017, less than two weeks after his appointment as special counsel to oversee an investigation into possible connections between Russia and President Trumpâ€™s 2016 election campaign. (AP Photo/Evan Vucci, File)

President Donald Trump speaks during an event on tax policy in the Rose Garden of the White House in Washington, D.C., on April 12, 2018. MUST CREDIT: Bloomberg photo by Al Drago