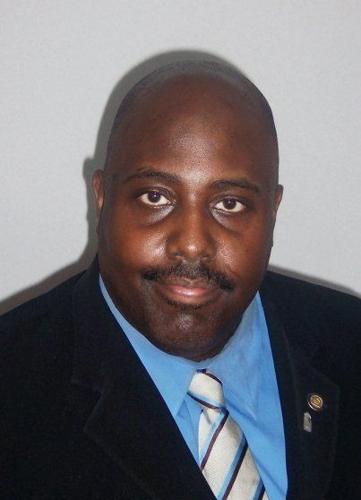 Will Jordan is the executive director of the Metropolitan St. Louis Equal Housing & Opportunity Council.

Glenn Burleigh is a longtime progressive activist and organizer.

By Will Jordan and Glenn Burleigh

While St. Louis still enjoys relatively affordable costs of living, we have not been immune to the nationwide trend of rapidly rising rental costs. For poor families in both the city and the county, rental prices have increased to budget-busting levels.

According to a recently released report by the Urban Institute, both St. Louis city and county have seen a marked decrease in the number of non-subsidized housing units that are affordable for families earning less than 30 percent of the area median income (roughly $20,000 for a family of four). Non-subsidized units include any housing unit that is not public housing, receiving Housing Choice Vouchers, or other federal rental housing assistance.

In 2000, the city had 21 non-subsidized units available per 100 extra-low-income households looking for housing. Today that number has dropped to zero. The county has also seen its affordable non-subsidized housing disappear. There is literally no affordable, non-subsidized housing available to St. Louis’ low-income families. With thousands waiting on the Section 8 waiting lists for both the city and county, families are being forced to pay unsustainable portions of their income to rent. This means that poor families are often forced to skip medical treatment, educational opportunities for their children, and basics such as food. We all know that hungry kids have difficulties learning, and this decline in affordable rental properties is sending thousands of children to school with empty stomachs.

Undoubtedly, this problem has been exacerbated by market forces, such as the 2008 financial collapse. When the predatory lending market collapsed, it forced millions of homeowners back into the rental market. These former homeowners were unable to pay exorbitant adjustable rate mortgages that only seemed to adjust in one direction: more expensive. With the resulting high consumer demand, landlords have been steadily raising rents, faster than general inflation. This means that families who couldn’t afford their expensive mortgages are now facing a rental market that is, once again, forcing them to choose between paying for housing or other necessities.

Our region needs community leaders to prioritize the construction of affordable rental housing, especially in high opportunity areas. Thousands of St. Louis families are desperate for an affordable place to raise their children and build a future, but there currently is simply no place for them to go. We urge governmental leaders to join with community members, community development agencies and other nonprofits to have an honest conversation about housing affordability.

Will Jordan is the executive director of the Metropolitan St. Louis Equal Housing & Opportunity Council, which works to ensure equal access to housing for all people through education, counseling, investigation and enforcement. Glenn Burleigh is a longtime progressive activist and organizer. He currently serves as EHOC’s community engagement specialist.

Schmidt: Coping with a post-shame world

Growing up I remember hearing the phrase “Have you no shame?” That question must have held some power back in the day. But if you asked that n…

What is the justice system in the United States of America: a means to punish or a way to facilitate rehabilitation? Whatever the answer might…

McDermott: Does Biden maybe have a little too much ... experience?

During the 1984 presidential debates, incumbent Ronald Reagan, then 73, famously quipped that age wasn’t an issue in the campaign: “I am not g…

We are entering the 12th month of a “special military operation” that was supposed to be over in well under 12 days. The Kremlin even told Rus…

McDermott: GOP's culture-war nonsense distracts us from their real agenda: Coddle the rich.

If you’ve ever watched a magician and thought, How did he do that?, the answer is usually misdirection. It’s a term of art that means directin…

Will Jordan is the executive director of the Metropolitan St. Louis Equal Housing & Opportunity Council.

Glenn Burleigh is a longtime progressive activist and organizer.