Editorial: Building coal ash landfill in floodplain a horrible idea
0 comments
Share this
Subscribe for $3 for 3 months
1 of 3 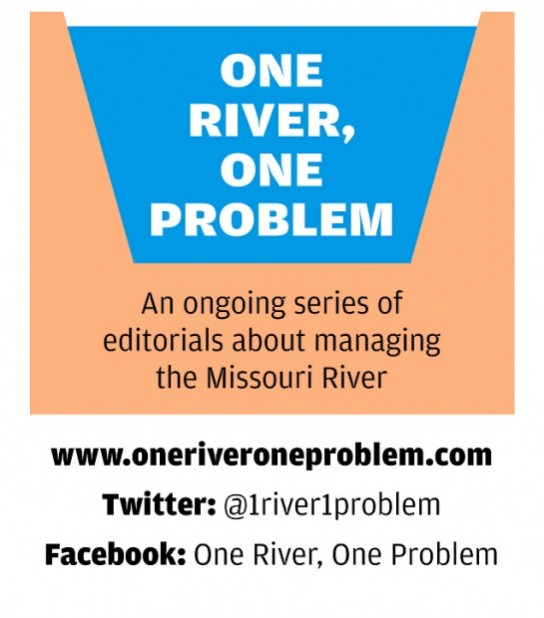 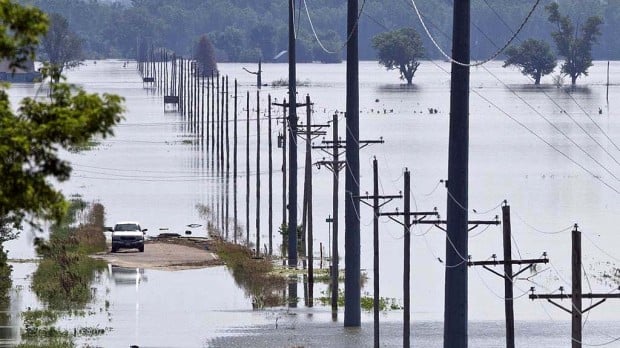 A pickup truck is parked on a dry spot of road in Fort Calhoun, Neb., Wednesday, July 6, 2011, amid flood waters from the swollen Missouri River. (AP Photo/Nati Harnik) 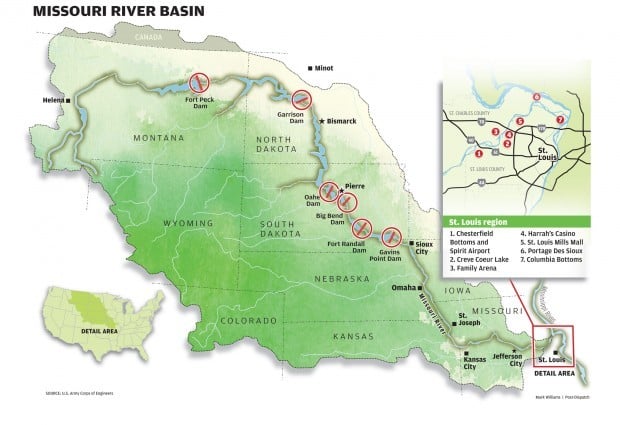 Franklin County commissioners must be oblivious to the record flooding throughout the Missouri River basin. On Wednesday, they moved forward with a plan that could, under certain circumstances, allow Ameren Missouri to build a 400-acre coal-ash landfill in the river's flood plain.

This is a horrible idea.

It is just the latest example of how government and business interests are willing to ignore the long-term dangers and expenses of flood plain development to reap short-term benefits.

There is no good reason to run the risk that a toxic stew of poisonous metals like arsenic, selenium and chromium could seep into groundwater or be washed into downstream drinking water. Sure, the flood plain is handy to Ameren's Labadie plant, but is this the only place Ameren can dump the stuff?

The site concerns Franklin County Commissioner Ann Schroeder. Even Presiding Commissioner John Griesheimer, a friend of utility companies while he was a state senator, seems frustrated by the lack of an alternative site.

Yet neither commissioner has done anything to block the project.

Mr. Griesheimer and Ms. Schroeder should act on their best instincts and demand that Ameren Missouri give the commission some possible alternatives, even if they might cost more.

We asked Ameren about any alternatives. A company spokeswoman said the company looked at 22 possible sites in the region. The coal plant is an important power provider in the area. Its byproduct, coal ash, must be deposited somewhere.

No doubt, the flood plain site the company already owns is the cheapest. But what are the alternatives?

That is the issue. The reality of new development, whether by a utility, corporation or government entity, is that doing it right often costs more. But doing it wrong merely pushes the water and costs downriver, which is precisely what Ameren wants to do.

Whether it's the Metropolitan Sewer District facing billions of dollars in costs now because it didn't invest enough in clean water in previous decades, or utility companies being unwilling now to invest in tomorrow's sustainable energy technology, the central issue remains the same: You can't keep kicking the true costs down the road. Or flushing them down the river.

Right now, as the Missouri River roars out of its banks from the Dakotas to the Show-Me State, the costs for building in flood plains and constructing larger levees that push more and more water downstream are multiplying.

Two Nebraska nuclear power plants are surrounded by water. Workers are erecting temporary berms and catwalks to allow employees to get to work. Farms and businesses built in flood plains are under water, awaiting a federal bailout for decisions made years ago by bodies not much different from the Franklin County Commission.

The Interdisciplinary Environmental Clinic at the Washington University School of Law has outlined numerous scientific objections to the placement of the Labadie landfill in the flood plain. It's near an earthquake fault zone. The risk of groundwater contamination is real. And one of Ameren Missouri's existing coal-ash ponds on the same property is leaking.

In light of this historic year of flooding, building on the flood plain must be discouraged, if not stopped outright. Unless it can demonstrate to county officials and the public that there is no other reasonable option, Ameren Missouri should withdraw its proposal.

Editorial: Centene opts for an alternative headquarters, and local leaders are to blame

The region's dysfunction has long been apparent, but the decision by Centene to find an alternative headquarters should sting nonetheless.

How do Trump's pandemic-spreading rallied make America great again? Endangering the health of supporters is no way to win votes.

Editorial: Ignore those 3 million virus cases. Trump says it's time kids get back to school.

A president who clearly doesn't understand basic science is trying to convince America that now's the time for classroom teaching to resume.

Editorial: Why is someone altering coronavirus data on Missouri's official website?

Something is way off in the state's official count of coronavirus statistics. Someone is altering data in ways that minimize spikes in cases.

As the president cultivates racists, the rest of America must be clear: A vote for Trump in November is a vote for racism. Period.

Trump's vendetta against weather scientists last year signaled the fragile ego and contempt for expertise that is now worsening the pandemic.

Editorial: A big Supreme Court loss for Trump is a bigger victory for American democracy

Two back-to-back Supreme Court rulings affirmed that President Trump is not immune to subpoenas and must remain accountable under the law.

Trump is trying to claw his way to reelection by dragging the country down into racial bitterness and division.

Students sing together from home after coronavirus cancels concert

A pickup truck is parked on a dry spot of road in Fort Calhoun, Neb., Wednesday, July 6, 2011, amid flood waters from the swollen Missouri River. (AP Photo/Nati Harnik)