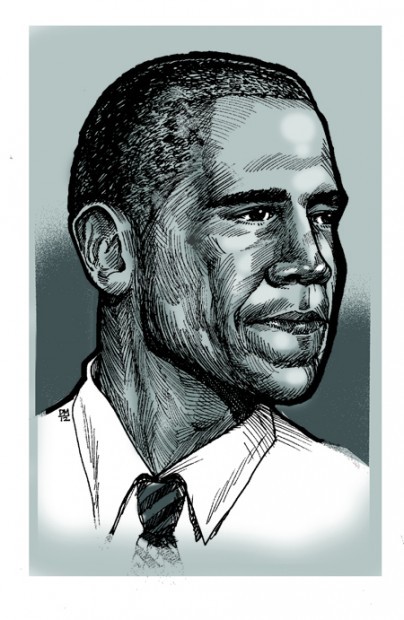 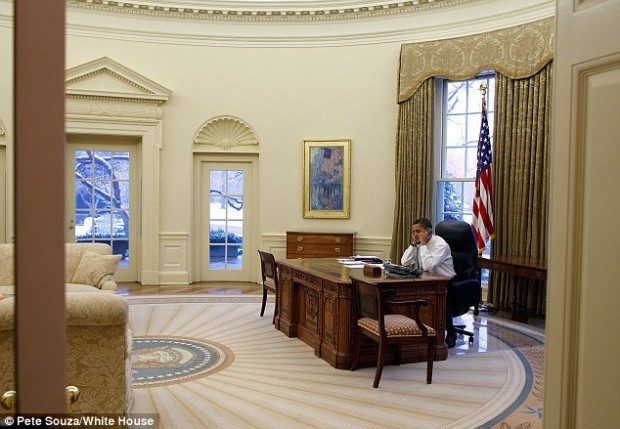 Four years ago, in endorsing Democrat Barack Obama for president, we noted his intellect, his temperament and equanimity under pressure. He was unproven, but we found him to be presidential, in all that that word implies.

In that, we have not been disappointed. This is a serious man. And now he is a proven leader. He has earned a second term.

Mr. Obama sees an America where the common good is as important as the individual good. That is the vision on which the nation was founded. It is the vision that has seen America through its darkest days and illuminated its best days. It is the vision that underlies the president's greatest achievement, the Affordable Care Act. Twenty years from now, it will be hard to find anyone who remembers being opposed to Obamacare.

He continues to steer the nation through the most perilous economic challenges since the Great Depression. Those who complain that unemployment remains high, or that economic growth is too slow, either do not understand the scope of the catastrophe imposed upon the nation by Wall Street and its enablers, or they are lying about it.

To expect Barack Obama to have repaired, in four years, what took 30 years to undermine, is simply absurd. He might have gotten further had he not been saddled with an opposition party, funded by plutocrats, that sneers at the word compromise. But even if Mr. Obama had had Franklin Roosevelt's majorities, the economy would still be in peril.

Extraordinary, perhaps existential, economic challenges lie just beyond Election Day. The nation's $16 trillion debt must be addressed, but in ways that do not endanger the sick and elderly, or further erode the middle class or drive the poor deeper into penury.

The social Darwinist solutions put forward by Republican Mitt Romney and his running mate, Rep. Paul Ryan, are not worthy of this nation's history, except that part of it known as the Gilded Age.

Mr. Obama has not been everything we expected. In his first weeks in office, Democrats ran amok with part of his economic stimulus package. His mortgage relief program was insufficient. Together with his Treasury secretary, Timothy Geithner, the president has been too deferential to the financial industry. The president should have moved to nationalize troubled banks instead of structuring the bailout to their benefit. Regulatory agencies and the Justice Department were unable to bring financial crooks to heel.

We had hoped that Mr. Obama would staff the executive branch with the best and the brightest. There have been stars, but there have been egregious failures, too. The "Fast and Furious" operation at the Bureau of Alcohol, Tobacco and Firearms was a disgrace. The vastly expensive and unaccountable intelligence and Homeland Security agencies need stronger oversight. The now-renamed Minerals Management Service could have used some best-and-brightest inspectors before the Deepwater Horizon blowout in the Gulf of Mexico.

People who don't understand the word "socialist" accuse Mr. Obama of being one. But as president he has proven to be pragmatic and conciliatory. He is not one to tilt at windmills. He did not close Guantanamo. He cut deals with anyone who'd come to the table. In health care, banking regulation and most other policy areas, he has practiced the art of the possible.

In foreign policy, after being awarded the Nobel Peace Prize for doing little more than not being George W. Bush, he has been a centrist. He has stood with Israel, but not as its surrogate. He brought the last of the U.S. troops out of Iraq. He began to wind down the war in Afghanistan — too slowly in our view. He let the nations of the Arab Spring follow their own course to democracy. He used thumb drives instead of bunker busters in Iran.

Against the advice of his senior advisers, he approved the SEAL mission that killed Osama bin Laden. He has been almost ruthless in his pursuit of terrorists, reserving to himself the right to approve targets. Regretfully, he massaged "due process" to allow himself to assassinate an al-Qaida leader who was an American citizen.

He is not a happy warrior, literally or figuratively. He is careful, cautious, private and deeply thoughtful, almost introverted. His rhetoric soars because he is a good writer, and good writers tend to be solitary souls. He is not as good working off the cuff, as was demonstrated in Wednesday's debate with Mr. Romney. But being careful and thoughtful is a good thing in a president.

As to Mr. Romney, we are puzzled. Which Mitt Romney are we talking about? The one who said of himself, in 2002, "I'm not a partisan Republican. I'm someone who is moderate and ... my views are progressive."

Mr. Romney apparently will say anything that will help him win an election. As a president, he might well govern as a pragmatic chief executive, or he might sell himself to the plutocrats and the crazies who have taken over his party. He is asking Americans to take a lot on faith — there's nothing to see in his tax returns; he can cut taxes and whack away debt while trimming deductions he will not specify.

Mr. Romney's business career is the only way to judge his foundational beliefs: He did not run a company that built things and created jobs and strong communities. He became fabulously wealthy by loading up companies with tax-deductible debt, taking millions out up front along with big management fees. Some companies were saved. Others went bankrupt. Mr. Romney's firm always got out before the bills came due, either in lost jobs, bankruptcies or both.

If the nation's most pressing issue is debt, why elect a president whose entire business career was based on loading up companies with debt?

In picking Mr. Ryan as his running mate, Mr. Romney signaled that he's ready to perpetuate that model in public office. The middle class hasn't had a raise in 20 years. Income inequality has reached record heights. Mr. Romney is the very embodiment of what's gone wrong with the economy: Too many people at the top create vast wealth that they do not share, either by creating jobs or by paying fair tax rates.

If more Americans were paying attention, this election would not be close. Barack Obama would win going away, at least 53 to 47, perhaps even 99 to 1.

But the atmosphere has been polluted by lies, distortion, voter suppression and spending by desperate plutocrats who see the nation's changing demographics and fear that their time is almost up. They've had the help of a partisan Supreme Court.

The question for voters is actually very simple. The nation has wrestled with it since its founding: Will this be government for the many or the few?

Choose the many. Choose Barack Obama.

Rep. Bush's spectacle of sleeping in front of the Capitol might generate publicity, but it won't persuade Capitol Hill skeptics.

Editorial: We recommend a 'yes' vote on Proposition R

A policy reversal underscores the flawed thinking behind Mayor Tishaura Jones' original decision to empty the jail of inmates.

Editorial: Greitens wants Trump's endorsement. That it's even a possibility speaks volumes.

If the former Missouri governor becomes a viable Senate contender, it would be another mark of shame for the GOP.

Editorial: Jan. 6 hearing reminds Americans why they must not let GOP distractions prevail

GOP leaders have tried hard to derail a congressional inquiry into the Jan. 6 insurrection. Tuesday's devastating testimony underscored why.

Close-the-workhouse proponents asserted that they were fighting for better inmate conditions. They wound up making conditions far worse.

Mayor Tishaura Jones is increasingly defiant in claiming authority to spend federal pandemic aid as she likes without aldermanic approval.